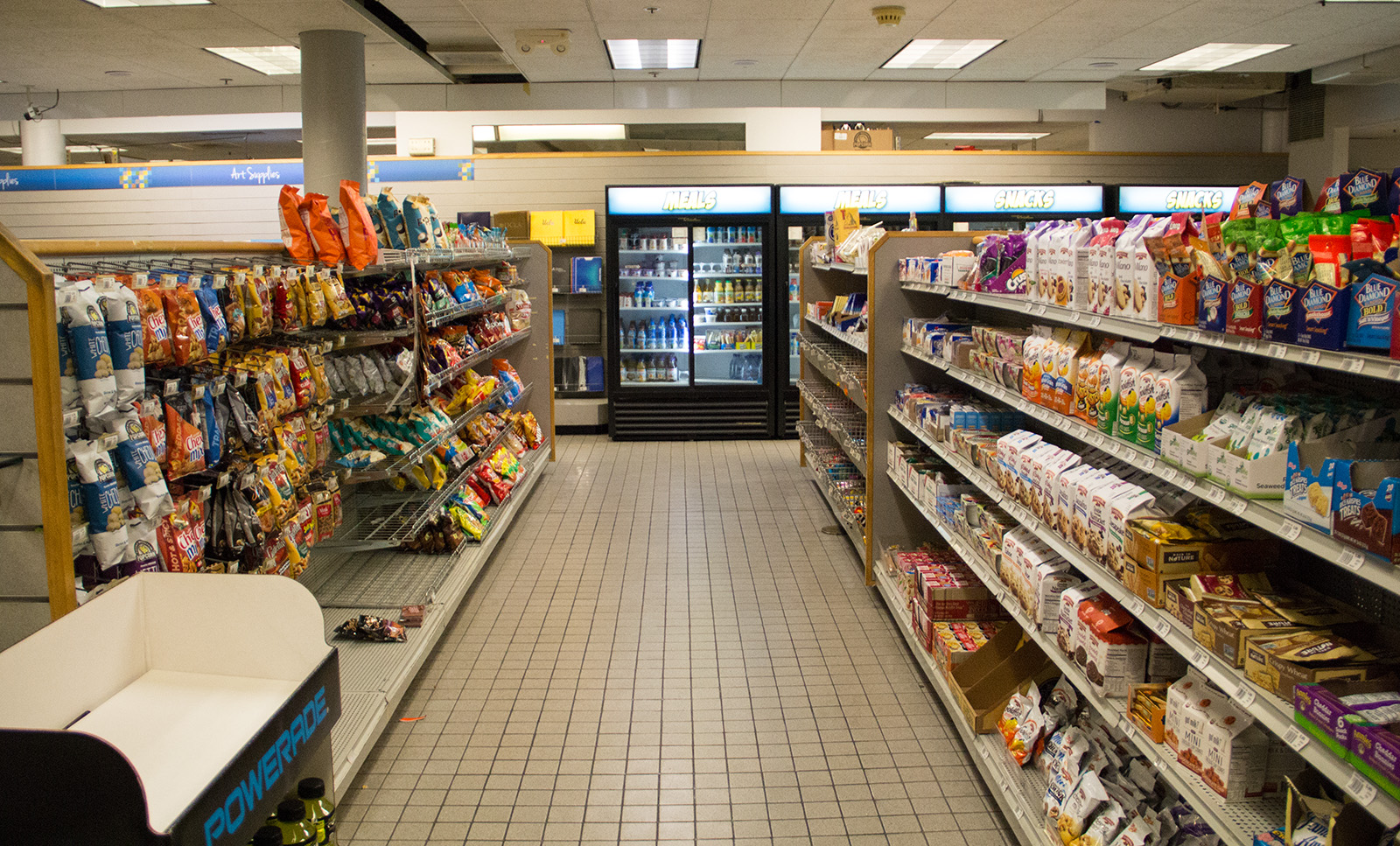 Associated Students UCLA oversees campus food options. But beside four undergraduate students who serve on its board of directors, it doesn’t solicit student feedback in their decisions. (Daily Bruin file photo)

Democracy is dead, especially when it comes to UCLA students choosing the food options they have on campus.

While the Hill boasts nationally acclaimed dining halls, the rest of the eateries on campus hardly live up to that standard. The array of options in the North Campus Student Center includes small, expensive pizzas that aren’t worth their value, a seemingly not-so-fresh salad bar and a panini place that has all of about three below-average options. Lu Valle Commons, which somehow manages to outdo the terrible options at the Student Center, provides grim Mexican food and tasteless burgers.

Farther down campus in Ackerman Union, students are forced to choose between eating at Panda Express, dropping a pretty penny at Veggie Grill or deferring to a greasy fast food option in Taco Bell or Carl’s Jr. The other eateries – which include a sushi restaurant no one knows about and a serve-yourself restaurant that sometimes sells eggplant Parmesan that looks like caked vomit – don’t seem to provide much in the way of nutrition.

All of these venues are operated by Associated Students UCLA, which oversees campus food options and the UCLA store. The union is overseen by a board of directors that consists of graduate, alumni, administrative and faculty representatives. Four undergraduate students also serve on the board.

The ASUCLA Board of Directors has the ultimate say in deciding what options are on campus, said Cindy Bolton, ASUCLA restaurants director. In other words, food options on campus are at the mercy of a select few, despite serving the many. Without a sound method to give feedback about the food services, students are forced to cave in, look elsewhere or face the consequences of not eating.

ASUCLA should amend its restaurant selection process and give Bruins a deserved say on what food options are brought onto campus by offering them a survey or poll.

The board’s four undergraduate representatives are appointed and confirmed by the Undergraduate Students Association Council. Only a narrow group of students likely knows about these positions, making the selection process far removed from the average student.

Hadar Amran, a third-year gender studies student, said she often eats on campus because she has to commute. Amran said she isn’t a big fan of the food options partly because of poor management and lack of freshness.

“There are certain little things that are bad – fresher food would be nice,” Amran said.

When options are unsatisfying, not fresh and run-down, the campus experience is ruined for many students. Ackerman Union should strive to be more than something students simply tolerate on campus.

Bolton said ASUCLA brings in vendors by requesting they come to campus, narrowing vendor options and allowing the Board of Directors to make a final decision following a recommendation from student union managers.

But undergraduate students most likely will be the ones eating at the restaurants ASUCLA procures, so they should at least have a say in it. Four unelected representatives on a body of 14 cannot speak effectively for the student population and should not have to.

Students seem to agree. Ana Pineda, a second-year biology student, said while the overall quality of food is good, students should have more power in determining what food options there are.

“Essentially, it is the students who are going to be the ones buying the food,” she said. “So if they want to incorporate something, they should be able to tell someone what kind of food they would be interested in.”

This feedback loop is especially impactful for students with dietary restrictions.

“Veggie Grill is probably the thing I eat on campus because I don’t eat red meat,” Ick said. “I think there could definitely be more vegetarian, vegan and healthier options.”

Certainly, ASUCLA has tried to solicit feedback. Bolton said the student union’s restaurant partners are usually very successful and that the Board of Directors has discussions about renewing contracts whenever they expire. If a restaurant decides not to renew, ASUCLA may have focus groups, or surveys about what new restaurants to bring in.

But many students do not know that they even have a way to voice their concerns. These methods are clearly flawed since there are still subpar food places on campus that students are unsatisfied with. ASUCLA needs to give students a voice in determining which new food places it brings in.

And it’s not enough to just look at how many students are visiting campus eateries, since the numbers fail to distinguish students who genuinely want to eat there from those who eat grudgingly because they have no other options. Student feedback, such as email surveys or polls of the undergraduate population, would be effective in reaching a larger audience and soliciting qualitative feedback.

Students recognize there are nuances that accompany the process of inviting vendors to campus.

But they can tell a quality eggplant Parmesan when they see one.

ASUCLA Board of Directors recap – Oct. 26