History professor awarded for research on interrelations in imperial history 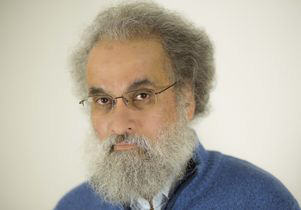 UCLA history professor Sanjay Subrahmanyam was named a laureate of the Dan David Prize, receiving $500,000 for his work studying the interrelations between South Asia and European imperial history from the late Middle Ages to the early modern period. (Courtesy of UCLA Newsroom)

By Matisse Senkfor and Brittney Le

A distinguished UCLA history professor was awarded $500,000 for his work studying long-term trends throughout world history.

Sanjay Subrahmanyam was awarded the Dan David Prize for his research on the interrelations between Asia and European imperial history from the late Middle Ages to the early modern period. The full $1 million prize will be shared with Kenneth Pomeranz, a history professor at the University of Chicago.

Subrahmanyam, who was the founding director of UCLA’s Center for India and South Asia, focuses on examining relationships between the world’s societies without taking a Western-focused perspective.

The Dan David Prize awards a total of $3 million per year to scholars who have made important scientific, technological or humanistic contributions. The Dan David Foundation asks that recipients donate 10 percent of their prize earnings to postgraduate students in their respective fields in order to foster innovation and collaboration in budding scholars.

Other recipients this year include Reporters Without Borders and Michael Ignatieff, president and rector of Central European University in Budapest, Hungary in the defending democracy category, and Christiana Figueres, executive secretary of the United Nations Framework Convention on Climate Change, in the combating climate change category.

The prize has previously been awarded to cellist Yo-Yo Ma; Robert Gallo, one of the discoverers of HIV; Margaret Atwood, author of “The Handmaid’s Tale”; Joel and Ethan Coen, the filmmakers behind “Fargo” and “The Big Lebowski”; and Jimmy Wales, co-founder of Wikipedia.