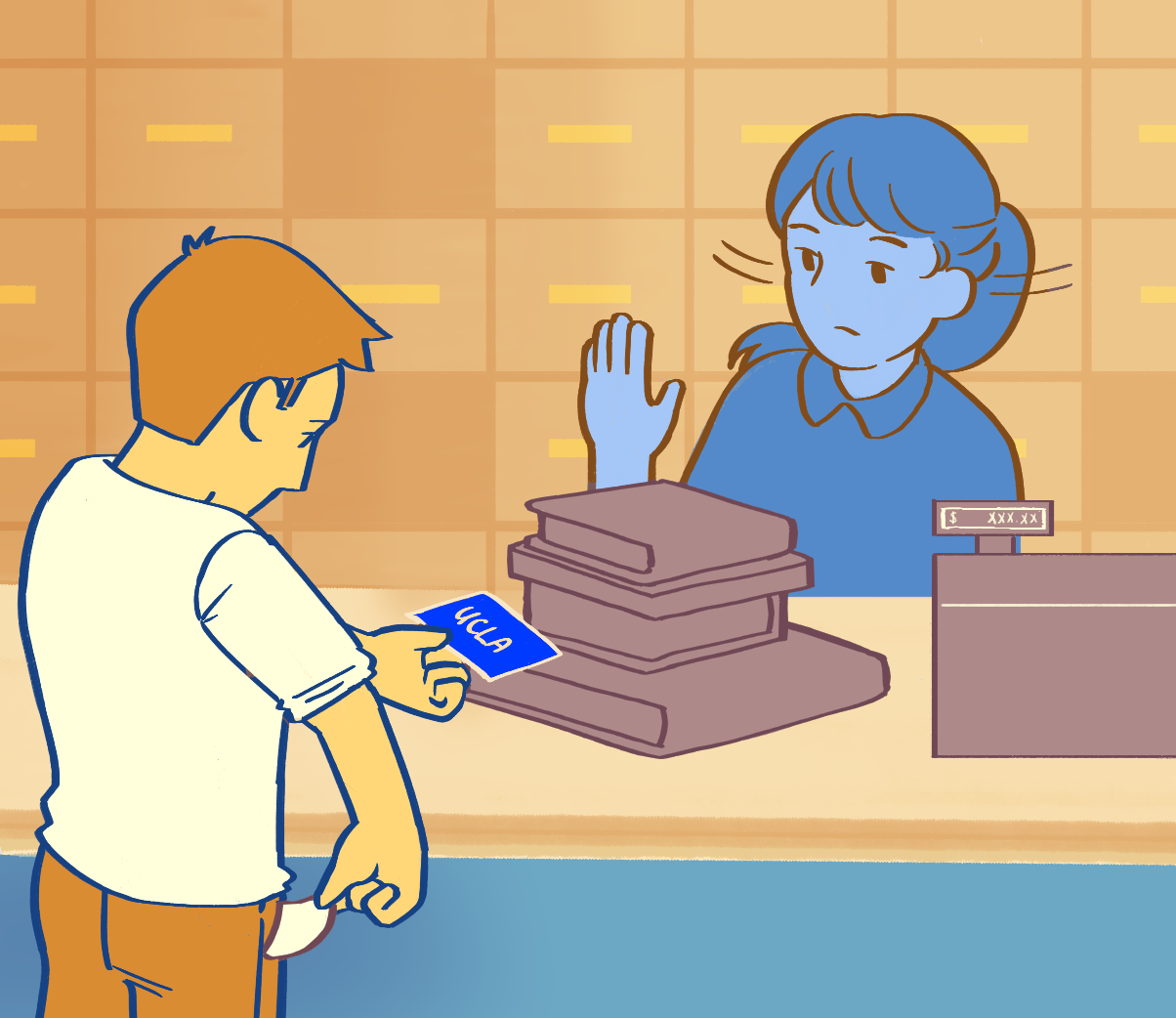 What was meant to help students pay for textbooks has now turned into something that barely helps students buy a third of one.

The Undergraduate Students Association Council’s Financial Supports Commission is offering 40 scholarships worth $50 each for this quarter. The scholarships began in 2008 as a way to help students pay for textbooks, providing 50 students each quarter with $200 to pay for books.

The program is being significantly downsized this year because the FSC has received less money than in previous years. This comes at a time when USAC is allocating more than $100,000 in surplus funding to student groups, despite textbooks being more expensive than ever for Bruins. The council has also provided thousands of dollars to student government organizations that may not even need the funding.

Expecting students to be able to cover textbook expenses with a $50 gift card is ridiculous. The cheapest textbooks for purchase are close to $60. Unlike the FSC’s scholarship, textbook prices grow every year. The scholarship is a nice thought, but it’s not enough to tangibly help students graduate without taking out extra loans.

For a council that is supposed to represent what students need, USAC seems to prioritize that the least in its agenda. If it really wants to put students’ money to good use, it should put vital programs, like the textbook scholarship, at the top of its to-do list.

At the beginning of the year, USAC had $17,000 in discretionary funds. Of that, $7,000 was reserved for stipends and potential materials for the Judicial Board, the student government body that hears USAC constitutional complaints. That left the rest of the offices with $10,000 to share with each other. The FSC was granted $2,000 for the entire year, which it used for these scholarships.

Over the last couple of years, the FSC has been given less money to divide up for its programs. Because of this trend, the number of people benefiting from the textbook scholarship has decreased. In fact, the office didn’t expect more than $1,000 for the scholarship before the funding windfall earlier this quarter.

It has even become habit for USAC not to devote discretionary spending to scholarship programs. Jay Manzano, the financial supports commissioner, said he did not think it would be fair to take more money from the $10,000 in shared office funds, because it’s money meant to be used by everyone in USAC.

“Discretionary funds are meant to be enjoyed by the majority of (the) council,” he said. “What I mean by ‘enjoyed’ is it’s a fund that’s accessible to every council member.”

For students, saving money is a good thing, but USAC officers seem to be the only ones who don’t know that. Although the extra funds have yet to be used, USAC has suggested getting massage chairs to improve students’ mental health. No student enjoys spending their money on overpriced textbooks, so instead of using the money for other things that most students won’t notice anyway, the council should provide students with more scholarships that are recognizable and actually worth something.

The sad part is Manzano seems fine with receiving little money for the scholarship, instead of strongly advocating for the council prioritizing programs students rely on.

“Now that we have made available surplus funds, the commission is going to explore options making our textbook scholarship more wide and more accessible to students,” Manzano said.

But the scholarship is nowhere near as helpful as it was in previous years.

“There are people who are less fortunate. More money is better for everybody. It makes a bigger impact than $50,” Cabrera said.

USAC appears to be aware of this issue and is working toward fixing it because it knows the scholarship is not enough. Manzano said there is talk among USAC members about putting the money toward something students very much need. One of the options discussed was providing Bruins during spring quarter with entrance exam prep books for the MCAT and LSAT. And the council has helped provide other useful needs, such as 460 iClickers and lab coats.

But when the costs are compared, iClickers and lab coats are worth less than $50. These expenses are sometimes also oriented toward specific UCLA students. After all, not everyone attending UCLA is a premedical or prelaw student.

The point of providing USAC offices with discretionary funding is to provide them the independence to pursue their platforms, but those initiatives should be guided by student needs.

While attempting to find ways to make the most of students’ money, USAC may have failed to serve the one group included in its name: the undergraduate students. 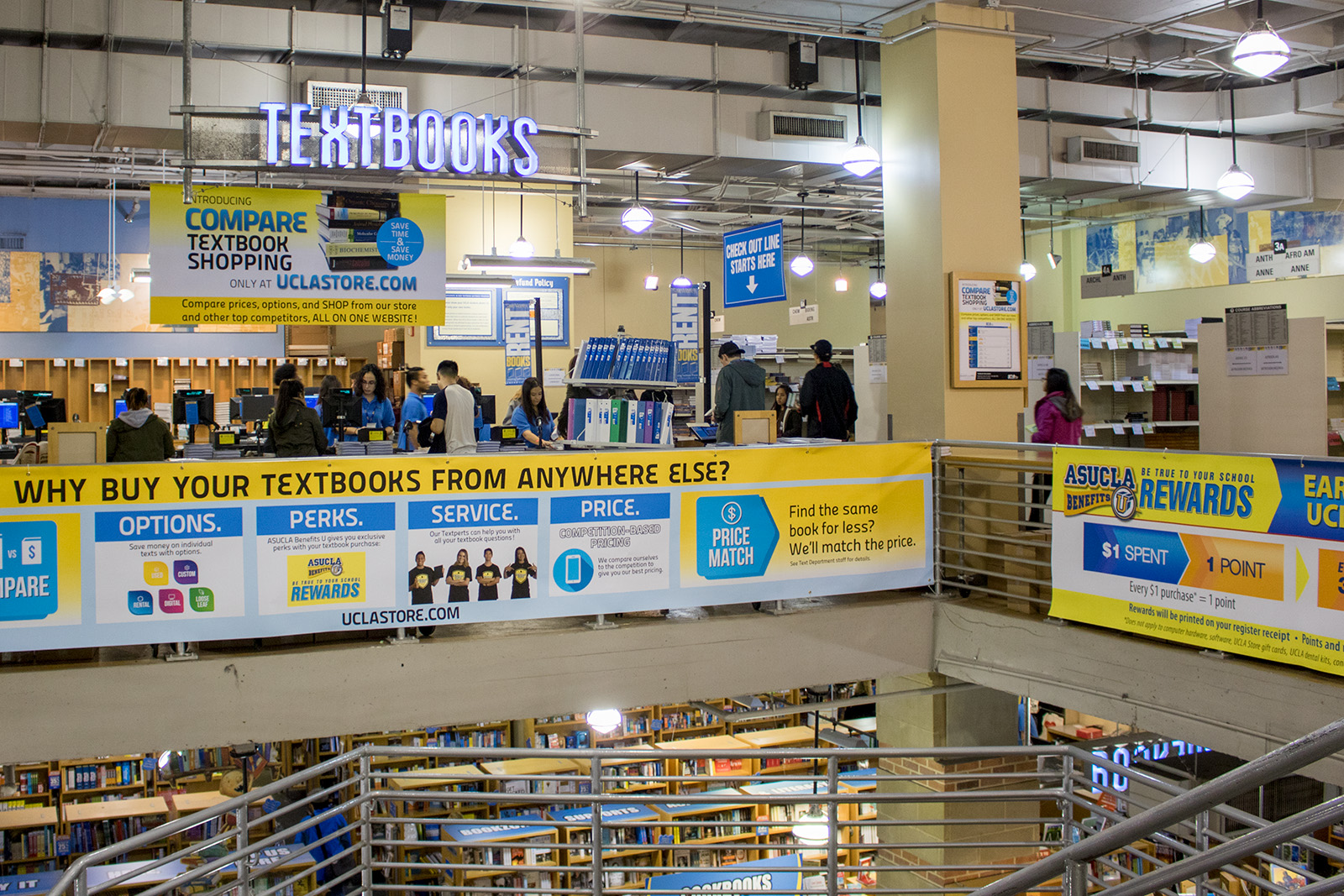