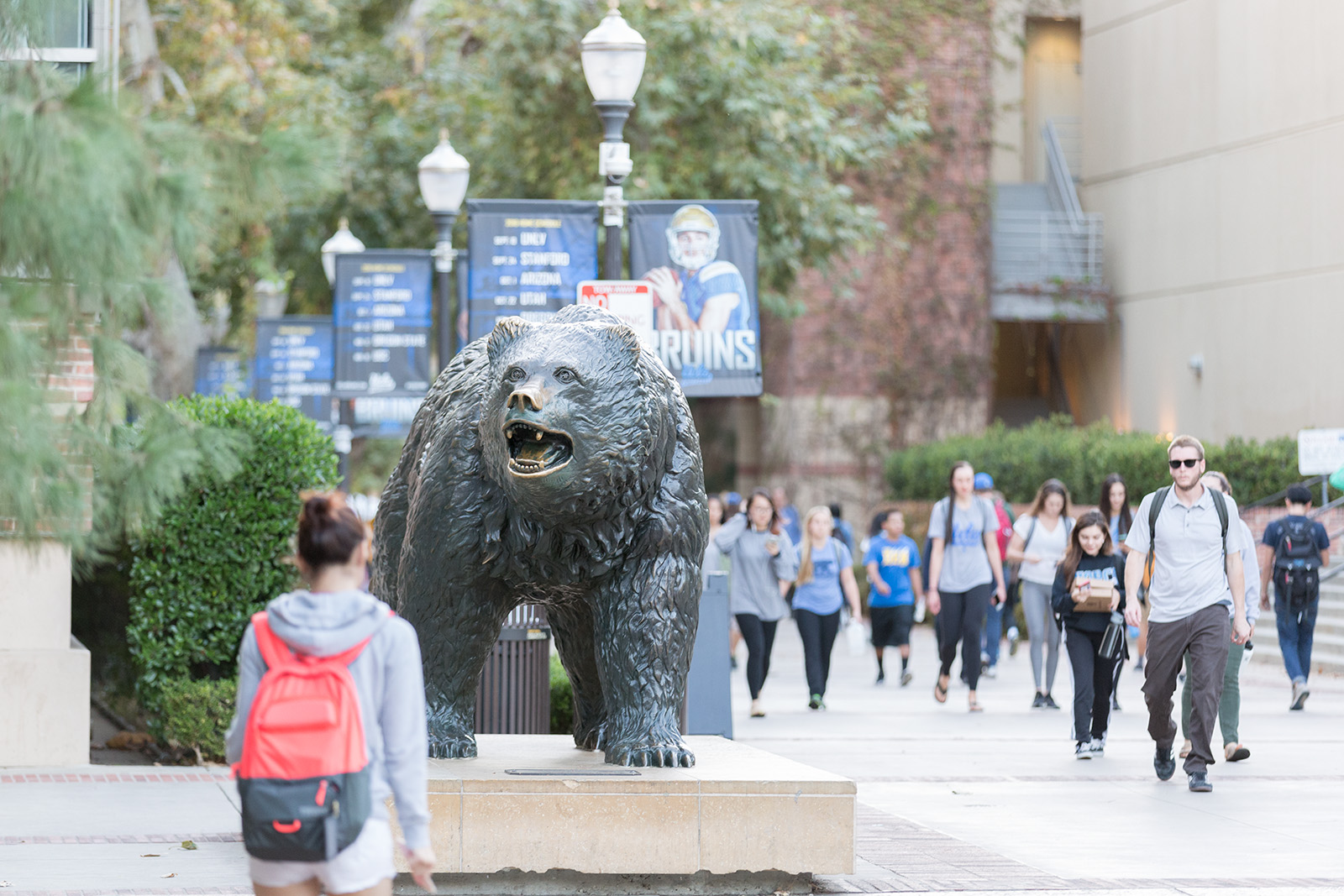 University of California librarians fundraised for a potential strike. UC and the librarians’ union have been out of contract for over four months, with no end to negotiations in sight. (Daily Bruin file photo)

University of California librarians and the UC Office of the President have been out of contract for four months but are still negotiating.

University Council-American Federation of Teachers Unit 17, a union representing UC librarians, bargained with UCOP on Friday marking its 10th month of negotiations. Its contract expired Sept. 30 but will remain in effect with some changes until a new contract is struck.

Martin Brennan, a UCLA librarian and member of the UC-AFT negotiating team, said in an email statement UCOP offered a temporary contract extension, but the union denied that request to pressure UCOP to come to a timely agreement for a new contract.

“If the contract is expired, it shows the University is stalling in the process,” Brennan said. “Only UCOP benefits from a temporary contract extension, as it relieves that pressure to reach a timely agreement.”

Brennan said by denying the contract extension, the union gained the right to declare a strike once an impasse is declared and both parties have exhausted all post-impasse resolution procedures. He added that the union is not considering striking anytime soon.

Brennan said the union and UCOP have scheduled further bargaining sessions through March. However, he said negotiations will likely continue past March.

UCOP has rejected the majority of their past proposals without providing an explanation as to why they disagree, Brennan said.

“We still have quite a lot of issues that are unresolved, things that we have proposed that they have not adequately responded to in any kind of way other than a flat no,” Brennan said. “We still have many issues that we need to get clarity on before we can reach a deal.”

While negotiations were going on, UC-AFT held a bake sale outside Charles E. Young Research Library to increase awareness of the librarians’ issues and to raise money for their newly launched strike fund in case the union declares a strike.

UCLA librarians wore a sticker with the words “Where’s Melissa?” during the bake sale to raise awareness of the misuse of temporary contracts at UCLA, said Shira Peltzman, digital archivist in the Library Special Collections department.

Melissa Haley was a temporary librarian in the Library Special Collections department until her contract ended Jan. 29, Peltzman said.

The union filed a grievance in May 2018, alleging UCLA was abusing temporary contract positions in the Library Special Collections by filling permanent positions with temporary librarians, according to the grievance.

The union wants to include language in the contract to protect librarians from the misuse of temporary contracts, Peltzman said.

Rebecca Fordon, a faculty services librarian at the law library, said the librarians’ salary has not kept up with inflation. Moreover, she said UCLA has been having trouble hiring librarians because the salary is insufficient, leaving positions unfilled and adding strain onto other librarians.

Starting salaries for UC librarians with experience is $54,700 per year and $49,000 per year for those without experience, according to UC-AFT.

Brennan said the union wants librarians’ salary to increase between 22 and 26 percent over the next three years.

Brennan added that the union wants the protection of academic freedom included in the contract, such that librarians can freely express themselves in their teaching, research and professional work.

Brennan said UCOP formed a committee to make UC-wide policy recommendations on whether nonfaculty members, such as librarians and other researchers, should have something similar to academic freedom. He added that UCOP proposed the committee as a counter to its proposal on academic freedom being included in the contract.

Brennan said the union did not accept the proposal, but because the committee has already been formed, UCOP no longer considers this to be a topic of bargaining.

“It’s their position that academic freedom is no longer a subject of bargaining, (but) we absolutely do not agree with that position,” Brennan said.

Brennan said it could take years before they come up with policy recommendations if they take as long as other UC-wide committees.

Janet Rivera, a third-year sociology student, said she supports librarians because they do a lot for students.

“I mean, we use the library collectively every day or like a lot of students use it,” Rivera said. “It’s important to give back to these spaces that help all of us engage as scholars here on campus.”

The next bargaining session is scheduled for Feb. 22 at UC Santa Cruz.