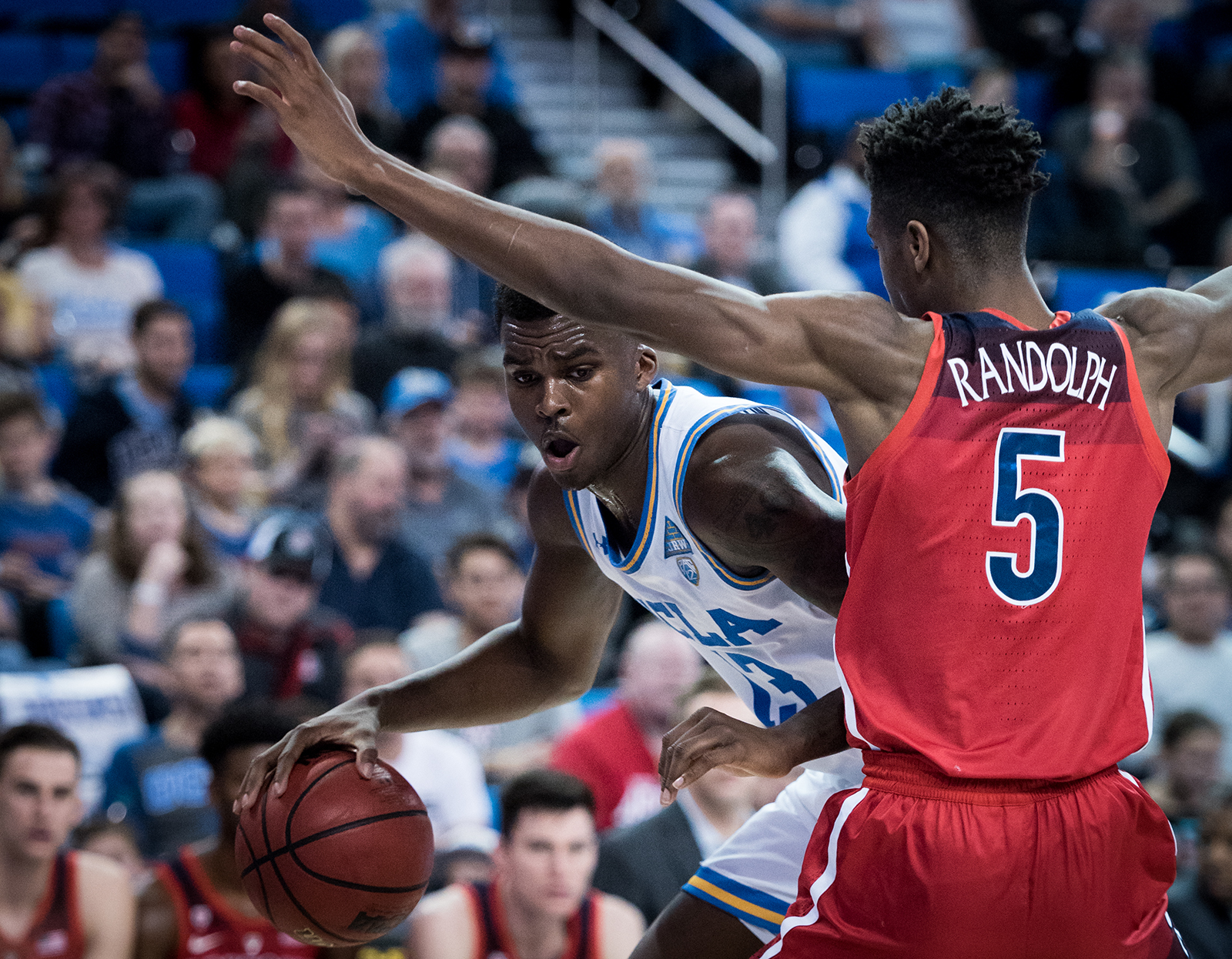 Sophomore guard Kris Wilkes ranks third in the Pac-12 in scoring at 17.7 points per game for UCLA men’s basketball this season. UCLA will face the sixth-ranked scorer in the conference – Washington guard Jaylen Norwell – on Saturday. (Liz Ketcham/Assistant Photo editor)

The Bruins have a chance to do something no other Pac-12 team has done this season – beat the Huskies.

UCLA men’s basketball (12-9, 5-3 Pac-12) will visit Washington (17-4, 8-0) in the final leg of its two-game trip to the Northwest on Saturday. The Bruins have won each of the last three meetings between the schools, including a 41-point victory the last time they were in Seattle.

Washington, however, enters this weekend’s matchup with a perfect conference record of 8-0 for the first time since the 1952-1953 season.

Despite four of Washington’s first five Pac-12 wins coming against bottom-six schools in the standings, they have strung together three straight wins over Oregon, Oregon State and USC.

Washington’s success has been fueled by guard Jaylen Nowell, who ranks sixth in the conference in scoring, at 16.7 points per game – one point behind UCLA sophomore guard Kris Wilkes who ranks third at 17.7 points per contest.

Forward Noah Dickerson has also put together a strong season for the Huskies, averaging 13.2 points and a team-leading 6.9 rebounds per game.

While Washington owns just the 10th-ranked offense in the Pac-12, it boasts the conference’s second-ranked defense. The Huskies have not allowed more than 70 points to an opponent since Jan. 1 and have only allowed more than 80 twice.

The Bruins on the other hand, have scored 80 or more points in 11 of their 21 games this season, and have done so in five of their eight Pac-12 matchups. UCLA is also undefeated during conference play in games in which at least four different players score in double figures, and winless in games in which there are three or fewer.

If the Bruins are going to have a chance at knocking the Huskies off, they will likely need to get similar contributions from the same four players, given the Huskies’ suffocating defensive numbers this season.

UCLA and Washington will tip off from the Alaska Airlines Arena at Hec Edmundson Pavilion at 1 p.m. on Saturday.