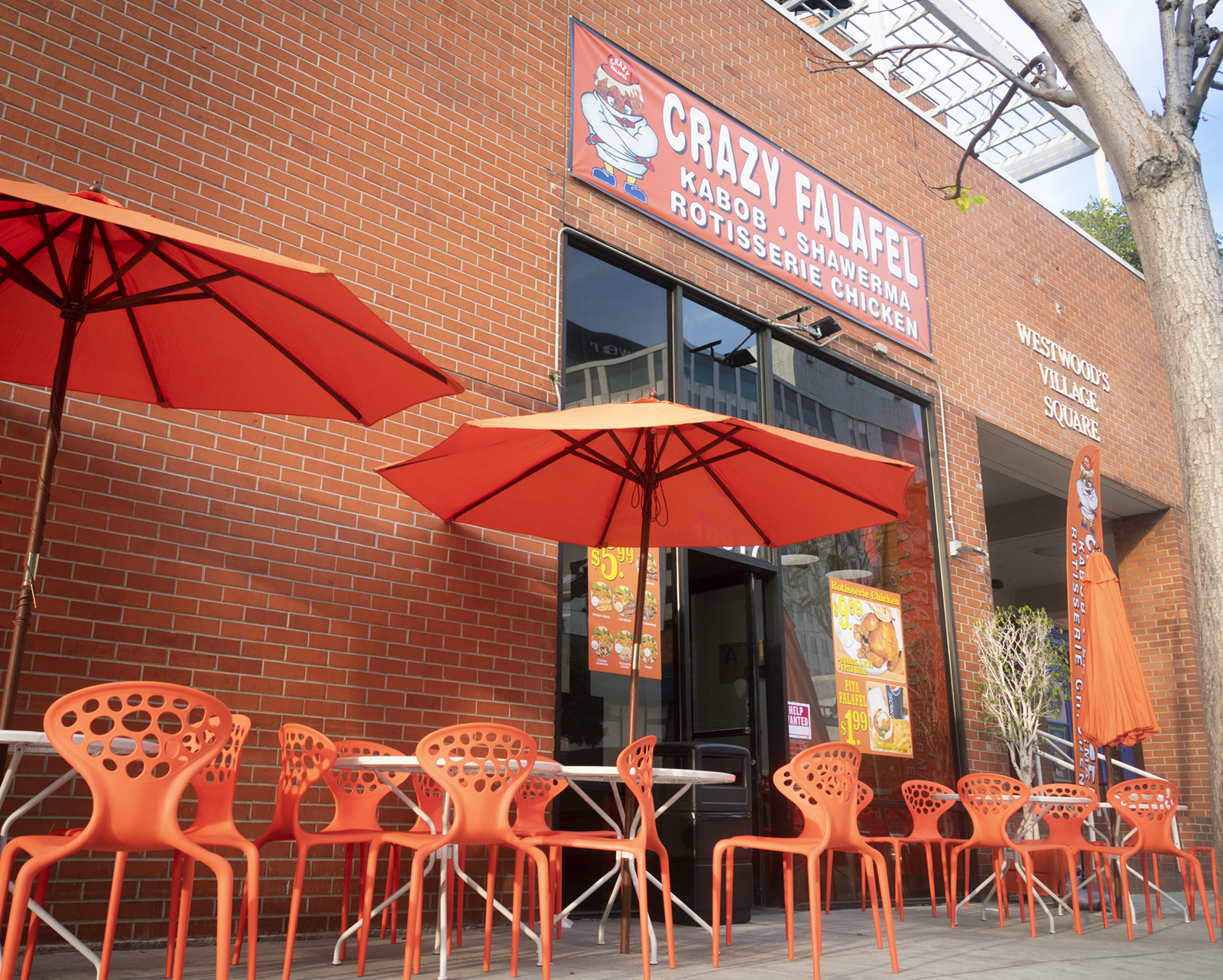 A new falafel restaurant is now open in Westwood Village.

The restaurant offers a range of food options including falafel burgers, shawarma paninis and rice bowls. Crazy Falafel has two other locations in Tarzana and Granada Hills, both neighborhoods in Los Angeles.

Karim Abdel, the store manager of the Westwood and Granada Hills branches, said Crazy Falafel opened in Westwood to cater to UCLA students and faculty. The restaurant has seen around 200 customers on a daily basis since it opened.

Abdel added he thinks the prices are fair and cheaper compared to other Mediterranean restaurants.

“We do not offer any discounts for students or happy hours because if you go around Westwood, you really cannot find such quality dishes with these prices that we offer,” Abdel said. “So this is already a gift to UCLA students.”

Abdel said he wants to work with the owner of Crazy Falafel to expand to more locations if the Westwood branch is successful.

“We usually open up a branch and we run it for one year and then start looking for another place,” Abdel said. “Our goal is to become a franchise so people could find us everywhere in various places.”

Gregoire Ohanian, an employee of Crazy Falafel, said he initially started working at the Granada Hills branch, but was sent to Westwood to train employees at the new location.

“The Granada Hills branch is very busy and the job could get tiring because it is long hours,” he said. “We see close to 100 customers within the hours of 11 a.m. to 2 p.m., known as our rush hours.”

Ohanian, who is from the Middle East, said he is excited to incorporate flavors from home into Crazy Falafel’s food options.

“Sometimes the way they make hummus here is different so I always express my opinion that it should be more authentic and it has been welcomed, so I like (the food) better as how it tastes now,” he said.

Lauren Finkle, a fourth-year English student, said she originally planned to go to Mesa Brazilian Eatery, but ate at Crazy Falafel instead after finding out it closed.

“I came for the Brazilian place that used to be here and so coincidentally I was actually coming for the Brazilian food and I did not realize that they switched it out,” Finkle said. “I have had kabobs and shawarmas previously and I’ve liked it.”

Blake Colling, a graduate student in the school of dentistry, said he thinks Crazy Falafel’s prices are affordable for students.

“My dish was a bit more on (the) expensive side, but compared to other places, I think their price range is good,” he said.

JD Markel, a business owner in Westwood, said he enjoyed the falafel dish and would consider coming back, especially since the restaurant is located right by his workplace.

“I work just a block away and I have been waiting for this place to open so I could come in and try it,” Markel said. “I had the falafel plate and it was very special and crunchy – some of the best I ever had.”