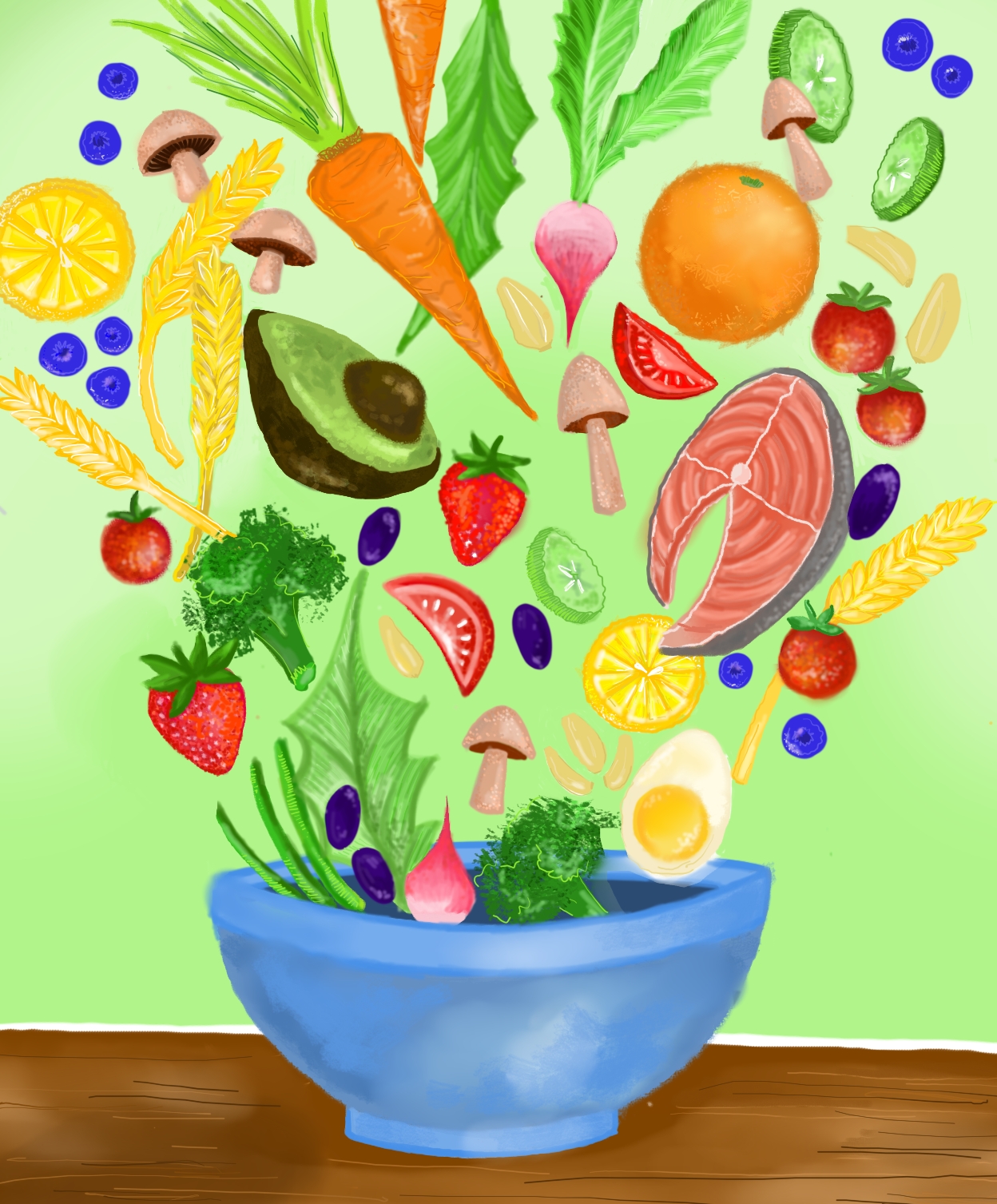 Over three hundred students will follow a sustainable diet for three weeks as part of UCLA’s annual Veg Pledge.

During Veg Pledge, which started Jan. 15, participants living on the Hill try a vegan or vegetarian diet until Feb. 5, and enter contests on social media to win prizes for their efforts. Veg Pledge is organized by Team Green, a campus organization focused on encouraging environmental sustainability on the Hill. Team Green organizes events such as beach cleanups and Energy Games.

The goal of Veg Pledge is to encourage students to stick to their dietary goals and to educate them about the environment, said Elizabeth Popescu, a second-year biology student and Team Green coordinator.

Students can choose to be fully vegetarian or vegan, or simply reduce their meat consumption, Popescu said.

She added that Team Green sends out weekly surveys to ask if participants have stuck to their goals. Each survey also provides educational tips and tools such as an online calculator that tells participants how many gallons of water and tons of carbon dioxide their diet requires.

Another survey encouraged students to eat local foods that are currently in season, such as avocados and carrots, to eliminate environmental damage that results from transporting and processing food that is not in season.

Popescu said she thinks students tend to believe that diet does not have a large effect on climate change.

“I know I had the misconception that the effects of transportation, especially living in LA, were greater than diet, but meat consumption has a greater effect on the environment,” she said.

“When you consume other animals, which is higher on the food chain, you are also consuming all the negative energy that animal has eaten,” she said. “Eating at a lower trophic level, such as fruit and vegetables, is actually more helpful to your body.”

Pham, a first-year American literature and culture student, said cows excrete a lot of methane, which can harm both the environment and human health.

“We often think only privileged people can afford to be vegan and will use that to become skinny, but that’s not the case,” she said.

Popescu said that each week, Team Green motivates participants to continue their pledge by giving them small prizes that relate to sustainability, such as a reusable grocery bag or composted notebook. Two people will win a Bruin Plate cookbook and Hydroflask at the end of the three weeks.

Despite Team Green’s efforts to support participants, Popescu said she thinks some of the dining halls on the Hill, especially the quick-service ones, don’t offer many vegan or vegetarian options she would eat.

Vivi Li, a first-year cognitive science student, said she heard about Veg Pledge through her Sustainability Living Learning Community. She said participating in Veg Pledge made her realize she could commit to being fully vegetarian in the future.

However, Li, who is from China, said she thinks it is much easier to be vegetarian or vegan in Los Angeles, and she will probably not continue the diet at home.

Alexandra Li, a second-year bioengineering student, said she thinks it is difficult for students to commit to Veg Pledge during weekends because they travel often and rely on to-go options.

Alexandra Li said she was motivated to sign up for Veg Pledge after watching the global warming documentary “Before the Flood” and hearing that eating a vegan diet can also improve personal health. She said she has had trouble maintaining the diet because it is not always feasible when she is busy during midterm season.

Gabrielle Le, a second-year human biology and society student, said she thinks a month is the perfect goal for someone trying a vegetarian or vegan diet for the first time, and she hopes to continue eating lower amounts of animal products after Veg Pledge is over.

Pham said even though Veg Pledge is only three weeks long, she hopes students’ success will encourage them to reduce consumption of animal products in the future.