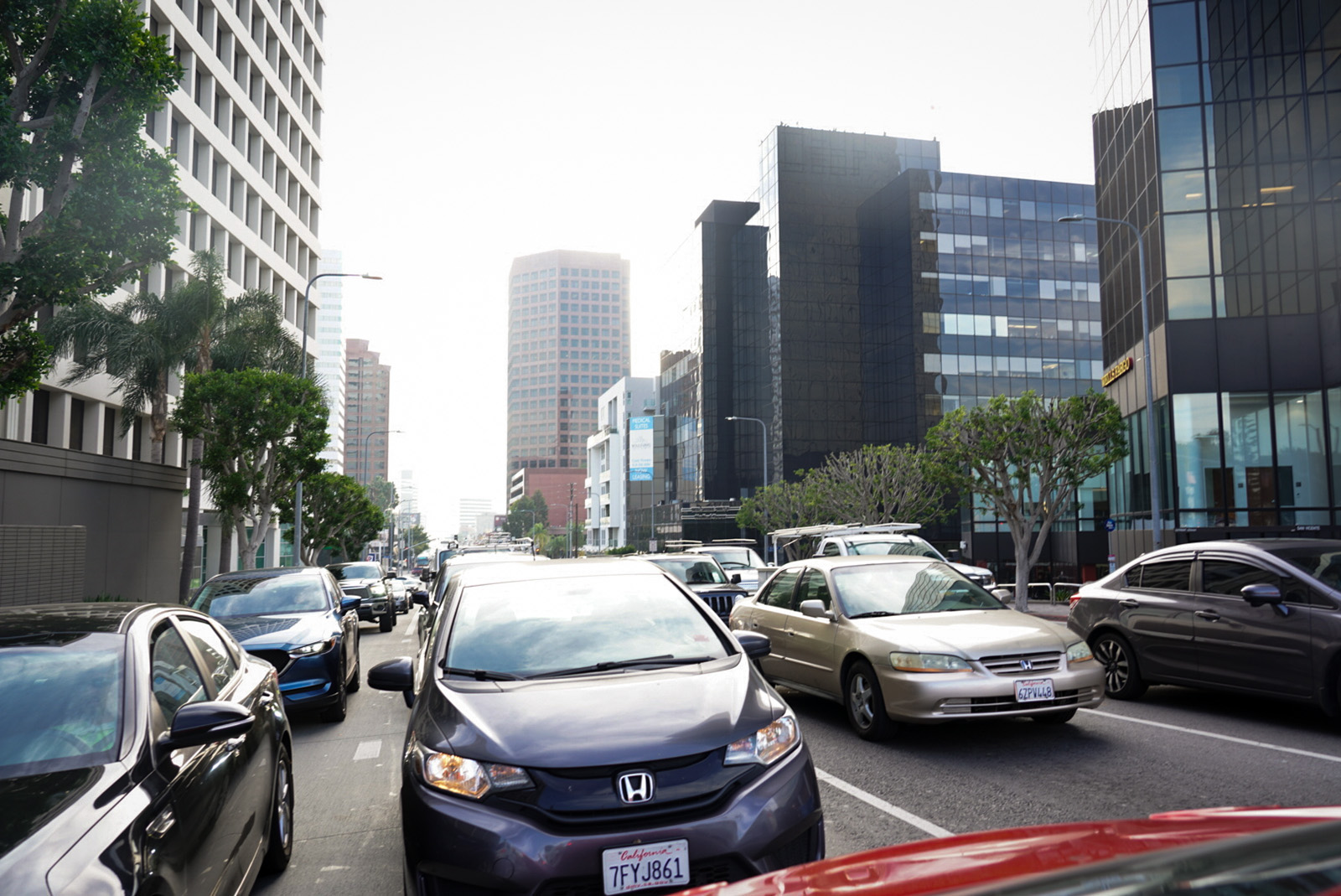 The Metro Board of Directors proposed implementing a congestion pricing policy that would charge drivers in the most traffic-dense areas of Los Angeles. (Elise Tsai/Daily Bruin)

The Metro Board of Directors proposed implementing a congestion pricing policy at their January meeting. Congestion pricing is a form of tolling that would take place in the most traffic-heavy areas of Los Angeles.

Dave Sotero, a communications manager for LA Metro, said the funding from these tolls could be used to finance eight highway and transportation projects for the 2028 Los Angeles Olympic Games under the Twenty-Eight by ’28 Initiative. The initiative’s objective is to eliminate traffic congestion and reduce LA’s carbon footprint.

Sotero added the Metro Purple Line Extension to Westwood will not be affected because construction is slated to be completed by then. The Purple Line Extension is a rail project that will allow for more accessibility when traveling between downtown Los Angeles and Westwood. The extension will add two stations near UCLA, including one at the intersection of Westwood and Wilshire boulevards and another near the Veterans Affairs hospital.

“If we really want to reduce congestion then what we have to do is take the entirety of these congested roads and put a price on them,” Manville said. “Those of us who study traffic congestion generally agree that the reason roads get congested is that they’re underpriced.”

Congestion pricing has proven to be effective around the world in cities like Singapore, Stockholm and London, according to a Metro board motion. Manville said he thinks congestion pricing relies on the logic that people should be charged a fee for using any scarce resource.

“Roads are very valuable pieces of land. At busy times, the road should cost more than not-busy times,” Manville said. “Water, electricity, your telephone – those are scarce resources and fees are charged so you don’t crash the system.”

Manville added all lanes on roadways would be tolled if the board approves the congestion policy. He said these lanes could operate similarly to FasTrak, a lane-tolling system in California that charges drivers by signaling an electronic device attached to their cars.

“You could use the exact same thing, drive under a toll entry and depending on what time of day it is, it would deduct more or less money,” Manville said.

The Metro board said in the motion they think congestion pricing has the potential to become a significant source of funding for free transit. However, some students said they think the policy will negatively affect low-income drivers.

Jasmine Harris, a fourth-year anthropology student, commutes from Fullerton to UCLA and said she thinks some people commute to LA because they cannot afford to live there, so congestion pricing would disproportionately affect those people.

“You have to think about how many people commute to Los Angeles because they can’t afford to live in Los Angeles. Why would you be taxing these people more?” Harris said. “I’ll be okay with it if they give back to people that are having trouble making ends meet with transportation-related expenses.”

Juan Munoz, a fourth-year political science student, commutes from Southeast Los Angeles to UCLA and said he thinks people should not have to pay to use public roads.

“A road that’s been constructed using public taxpayer money should be accessible to everyone, even if it’s in the name of reducing traffic,” Munoz said. “There could be other ways to bring more funding to Los Angeles rather than pushing that burden to everyday people.”

Sotero said this policy would not go into effect immediately and is still subject to board approval.

“There are not any immediate plans to implement,” Sotero said. “It wouldn’t be for a couple of years before you could even see a pilot.”