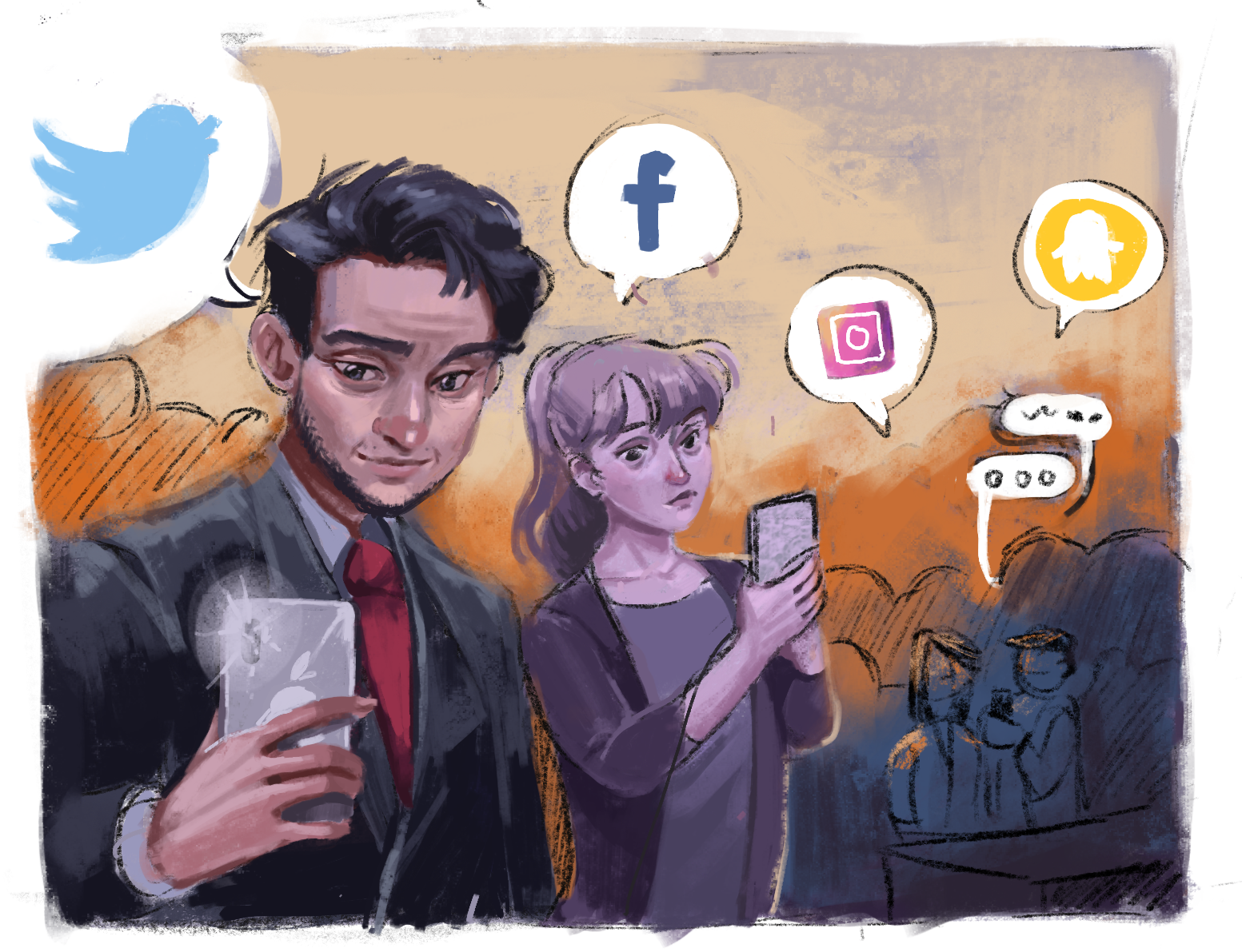 Our dynamic Instagram feeds and explosive Twitter threads have become an essential part of our identity as “screenagers,” and a new class of politicians looking for an audience have noticed.

The 2018 Midterm Elections marked a historical change in demographics for the House of Representatives. A new generation of diverse women made their way into the legislative body, challenging the normative appearance of a United States politician. Their success in Congress remains to be seen, but one thing is for sure – they sure know how to navigate the media.

Alexandria Ocasio-Cortez, the youngest woman ever to be elected to Congress, represents New York’s 14th congressional district – an area with about 700,000 people. The 29-year-old’s adept use of social media has given her a platform that extends far beyond the realms of her constituents and encompasses about 5 million people on both her Instagram accounts and Twitter alone.

Whether it’s a shot of her cuddled with a blanket eating Ben and Jerry’s “Americone Dream,” or a snack run in D.C., Ocasio-Cortez is clearly a new kind of politician – one who is incredibly and undeniably millennial.

Mark A. Peterson, a specialist on American national institutions and professor at the UCLA Luskin School of Public Affairs, said the congresswoman’s interactions on social media are giving a lot of people previously excluded from systems of information a look into an institution that many don’t know a lot about.

“She is bringing a really positive attitude about government and politics that has been too limited in this country for a long time,” Peterson said.

After being sworn into Congress, her social media presence intensified. Now, she displays the closed-door Democratic caucus meetings, documents restricted areas of the Capitol Building and even films the United States House Committee on Financial Services meeting room.

The congresswoman brings a new layer of transparency, one where stiff and complicated politics fit into a 10-second video. Through social media, she has managed to bring her millions of followers into a world that used to sit comfortably behind closed doors; a world where participation has historically been reserved for older white men.

Taylor Tran, a first-year political science student, follows Ocasio-Cortez on social media and said it makes her happy to see that politicians are relatable and not just government elitists.

“It’s encouraging to think that being in Congress is doable – maybe this will make more people want to go into politics,” Tran said.

This phenomenon is not just one that remains exclusively successful for Ocasio-Cortez. New Congresswomen Ilhan Omar from Minnesota and Ayanna Pressley from Massachusetts are also speaking to a generation that turns to social media for information.

Both Omar and Pressley tend to use memes and GIFS in their respective Twitter accounts. It is clear, then, that they are using these methods of communication to build an audience and strategically create a political movement made for those who communicate the same way they do.

In fact, in a talk with Stephen Colbert, Ocasio-Cortez recalled social media lessons she had given to older members of the Democratic party, who are now realizing the benefits of being a social media virtuoso.

“Don’t post a meme if you don’t know what a meme is,” Ocasio-Cortez said on the show.

Chris Tausanovitch, an assistant professor of political science, said this form of communication makes institutions like Congress much more interesting to the average American.

“It is increasingly the case where politicians have been humanized by letting their constituents into their lives,” Tausanovitch said.

There is an important question that remains – is this interpolation of politics and social media here to stay?

“In the old days, members of Congress communicated with their constituents through snail mail newsletters, that shifted a lot to email, and now it’s shifting to social media,” Peterson said. “Maybe 10 years from now all members of Congress will have Twitter accounts and that will simply be the new method of communication.”

The newness of this occurrence determines that it is too early to predict whether members of Congress will suddenly shift their communication techniques and prove their transparency through their Instagram stories.

Matt Benowitz, a second-year political science student and external vice president of Bruin Democrats, said that he sees a substantially positive side to these new interactions.

“At the end of the day, regardless of political affiliation, people want to know how the government will improve their lives, therefore it is imminently helpful to show them how hard politicians are working,” Benowitz said.

In the Long Run

As long as Ocasio-Cortez continues to show her Instagram followers the “swag bag” of encrypted electronics that new members of Congress receive during their orientation, the discussion will continue on whether this new method of enacting policy will work in the long run.

“The question remains: will this draw in the average American or will it distract legislators from doing their job?” Tausanovitch said.

Peterson also questions the point in which transparency and openness translate into uncontrolled hate speech. Who writes down the rules for social media politics? Who enforces them?

“This kind of communication doesn’t have to be factual or civil, it can be in many ways quite negative and detrimental,” Peterson said. “It is not clear whether we have found a way to ensure that social media advances ideas, thoughts, views and opens minds as opposed to simply engaging in verbal warfare.”

Peterson understands Ocasio-Cortez’s efforts to document her public service and broadcast it to the average American. After a sabbatical year working in the United States Senate during his thirties, he saw the magnificence of working in that building as well as the sense of history and purpose.

“One of the feelings I had almost every day working there, is that I had wished that, as Ocasio-Cortez does now, I could bring the American public with me,” he said.