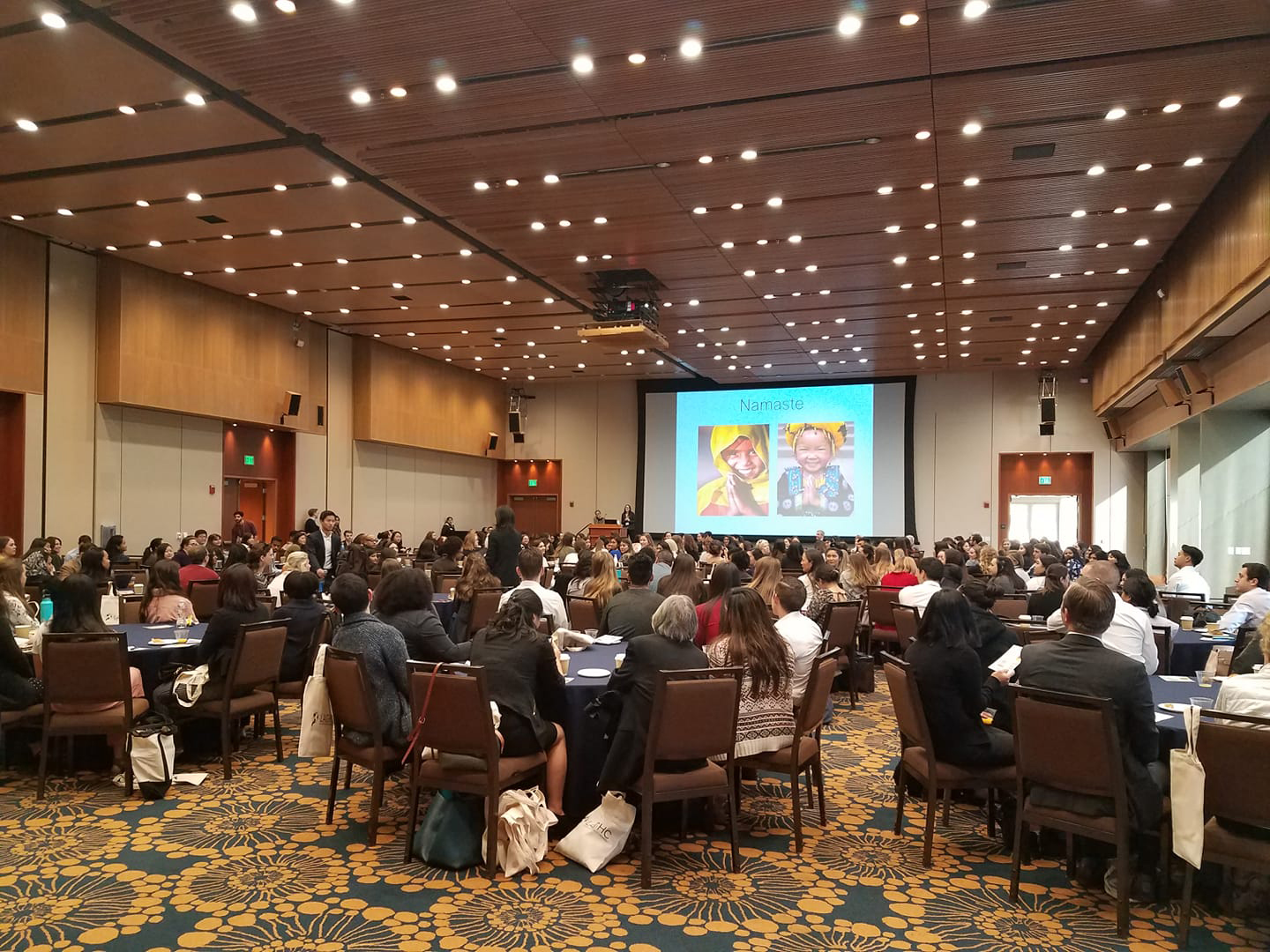 An anthropologist said everyone should care about global health at an on-campus event Saturday.

This year’s Los Angeles Global Health Conference focused on the future of global health. Speakers at the conference presented on topics ranging from food access in Native American communities to surgical care in other countries.

Carolyn Smullin and Samuel Lewis, medical students at UCLA and co-directors of the conference, said their goal was to give attendees a better understanding of how multifaceted global health is.

Saiba Varma, an assistant professor of psychology and medical anthropology at UC San Diego, said she thinks it is important to analyze global health from multiple perspectives because many students want to go into the field.

“Health and disease and illness affect everyone. It’s such a fundamental part of being human,” Varma said. “We can learn lessons from other places and actually bring them back to our own communities and vise versa.”

Malavika Theophilus, a third-year microbiology, immunology and molecular genetics student, said she had never attended a health conference before. She said the event was eye-opening and that she was surprised to see how global health could be applied to so many different industries.

“It’s really interesting to see how global health is related to the government and surgery,” Theophilus said. “I never thought of it as a health issue.”

Varma added she liked the diversity of the conference speakers.

“I am really impressed with the way the students organized this conference,” Varma said. “I think they have a really interesting mix of speakers with different disciplines and different approaches.”

Varma said she hopes audience members who attended her presentation will leave with many questions.

“I think sometimes we have this sense of global health of being this really glossy and shiny thing that’s going to solve all our problems,” Varma said. “I wanted to disrupt that idea by getting into the ethical dilemmas.”

Bianca Mallari, a fourth-year human biology and society student, said she liked hearing from Michele Barry, a professor of medicine and tropical diseases at Stanford University and director of Stanford’s Center for Innovation in Global Health. Barry talked about gender inequality in global health. Mallari said Barry’s presentation made her realize how women still face many obstacles in global health.

“(The presentation) was eye-opening,” Mallari said. “We like to think we’re progressing very well with women in medicine but there’s a lot more we can do.”

In between presentations, Emtithal Mahmoud, a goodwill ambassador for the United Nations, delivered poems about her childhood and activism, and she earned a standing ovation from the conference.

“I hope that (the conference) has been enlightening. I think that most people’s idea and conceptions of global health are pretty limited,” Smullin said. “I hope they are inspired to get involved and stay involved.”