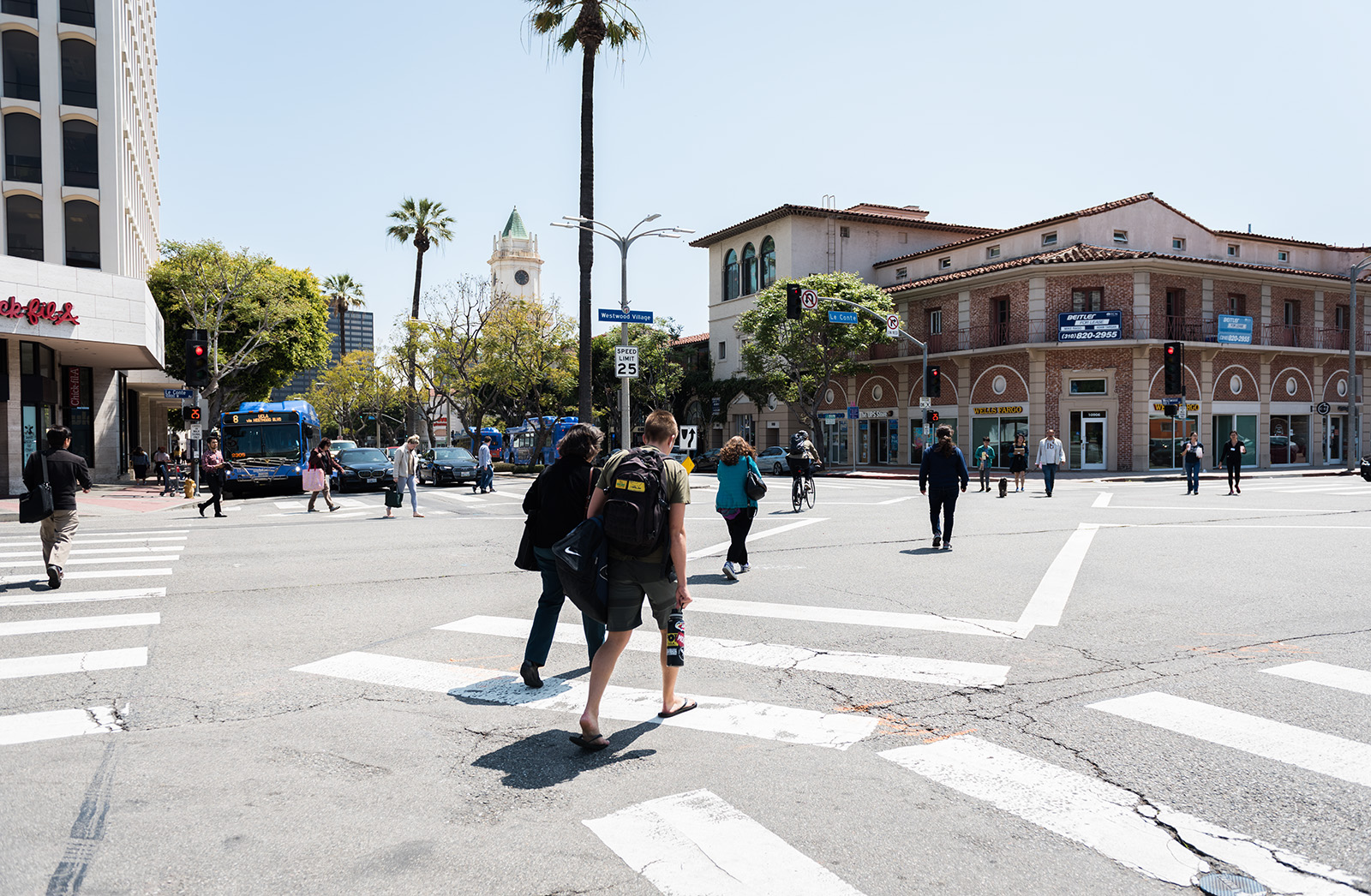 Local officials and volunteers walked through Westwood to count the homeless population in order to provide governing agencies with data on areas of growth and improvement.

Westwood community members counted 41 homeless people in Westwood Village and UCLA’s campus Wednesday night. The full number of homeless people counted in Westwood will not be available until May when official results are released. Westwood officials and the Los Angeles Homeless Service Authority organized the Westwood Homeless Count as part of a nationwide event.

LAHSA will later compile the numbers to determine funding allocations and services, said Marisa Conner, a LAHSA analyst at the event.

Andrew Thomas, the executive director of Westwood Village Improvement Association, said 33 homeless people were counted in the Westwood Village section of the count, which he said was a decrease from last year.

Thomas said it is difficult to track the number of homeless individuals during the day because people are constantly moving, but he has noticed a decrease in homelessness in Westwood Village at night.

“During the day people come to panhandle or to get food, which I understand because we have a generous population, and during the night they go elsewhere to sleep,” Thomas said. “There are also people that come into Westwood Village to sleep and they don’t panhandle because its relatively quiet – since we don’t have much nightlife – and it’s relatively safe.”

Thomas said the association conducts daily homeless counts around the Village. They also have a full-time staffer, Donovan Wilkes, who works to provide the homeless with access to services.

Steve Sann, an organizer of the event, said areas with a normally high homeless population such as Westwood Park recorded fewer homeless people than in previous years. He said he thinks the reduction signals an overall decrease in Westwood’s homeless population.

Lisa Chapman, president of the Westwood Neighborhood Council, said the WWNC began the Westwood Homeless Count in 2010 and has since hosted seven events.

The event was originally hosted every two years, but has become an annual event due to a growing homeless population over the last nine years, Sann said.

Over 100 people volunteered for the Westwood Homeless Count this year, which was a 40 percent increase from previous years, Skiles said.

Skiles added he thinks there were more volunteers this year because both neighborhood councils helped promote the event. He also said he hopes the NWWNC will take a larger role in organizing future homeless counts.

Before going out into Westwood, volunteers were instructed by LAHSA on how to conduct the count. To respect the privacy of the people they tallied, counters were told to avoid engaging with them and to only identify them visually. The LAHSA orientation also told volunteers to record the homeless person’s age, if they have a family with them and how many dwellings they have.

Daniel Fielding, a fourth-year theater student, who participated in the count, said he thinks the event gave students the opportunity to fulfill their civic duty.

“I think being a part of UCLA, sometimes we forget we’re a part of the neighborhood of Westwood,” Fielding said. “But going over to the church and seeing the whole community there, I was amazed to see not just college students.”

City councilmember Paul Koretz, who represents UCLA and Westwood, said 8,000 volunteers are expected to participate in the Los Angeles Homeless Count overall this year. He said the numbers provided have helped the council determine where to focus their resources. Koretz added he is now introducing several motions at city council to combat homelessness, such as Measure HHH, a supportive housing loan program for people at risk of homelessness.

“Around 20 percent fewer veterans were found on the street last year and 20 percent of the chronic homeless are now no longer homeless,” Koretz said. “Although we had a 16 percent increase in new homeless, so we’ll have an entirely new problem if we don’t address it.”

Sann, Chapman and Chantelle Eastman, a NWWNC member and homeless task force chair, worked together to organize the event.

Several UCLA students learned about the event from community service clubs like the Hunger Project and The Building Heroes Project at UCLA.

Donna Wong, a second-year biochemistry student, said she participated in the count with other Building Heroes Project members. The student group aims to provide education for low-income communities, she said.

“We’re here to get an idea of what type of community we’re helping,” Wong said. “I guess I’ve lived a privileged life and it’s nice to go out and see firsthand the community that sleeps out in the streets.”

Jessica Yen, a fourth-year microbiology, immunology and molecular genetics student and co-president of the Hunger Project, said the organization volunteered to learn more about homelessness in the community.

“This was an opportunity for us to contribute by going out there and seeing what the situation is like right now,” Yen said. “We do a lot of work with the homeless, so it’s a way to engage with our immediate community and bring awareness to the issue.”

Chapman and Eastman said the WWNC and the NWWNC will begin working together to address homelessness in Westwood. Chapman said she anticipates meeting with members of the NWWNC homeless task force in February to discuss possible actions.