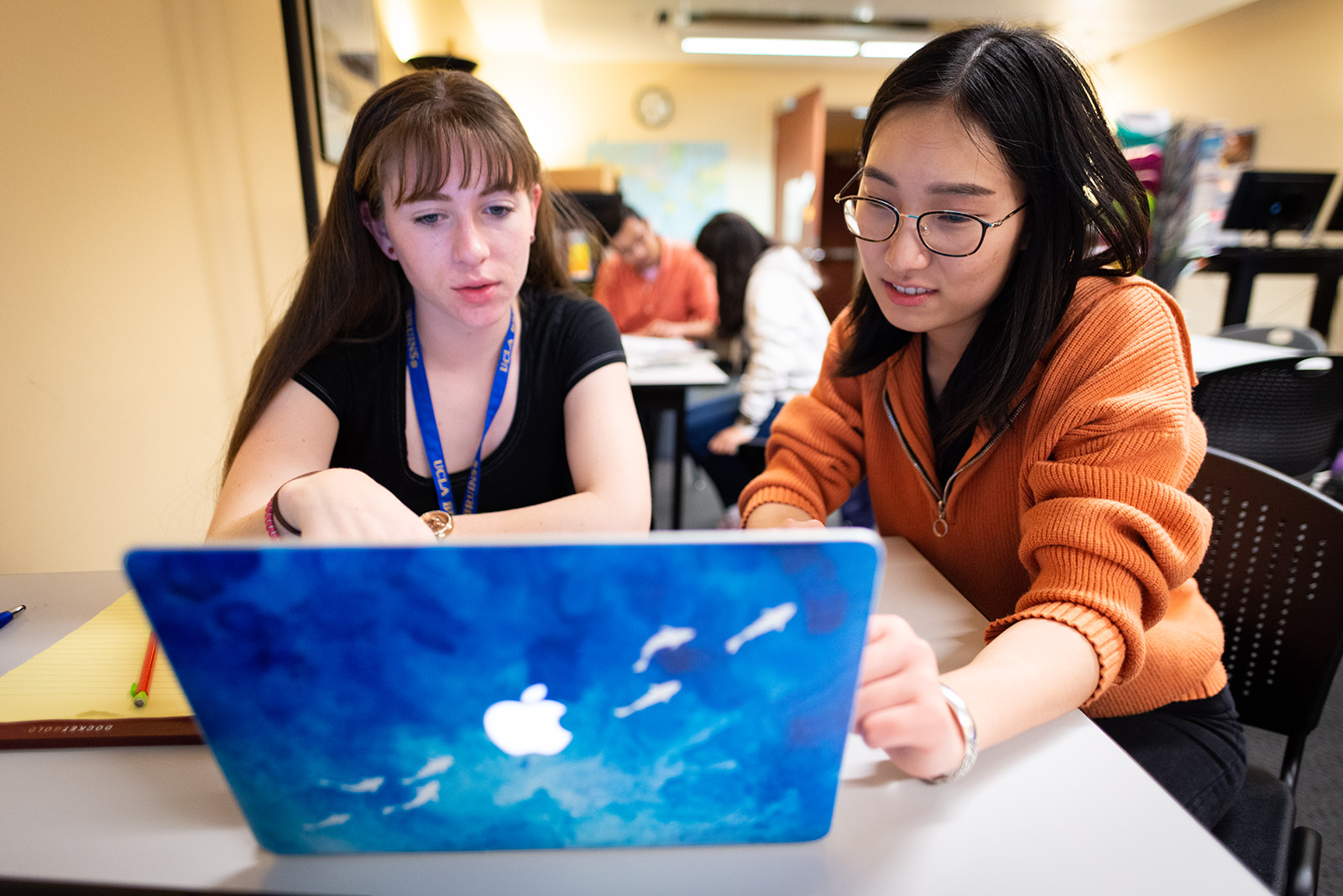 Is a school really committed to student-body diversity if it does not support diverse languages?

Though the university has an 11.8 percent international student body and boasts thousands of classes in foreign languages, it does not have a multilingual writing center where tutors can help students develop their academic writing in a range of languages.

Students and professors have been calling for this resource for years. Without editing support, multilingual students don’t feel comfortable building their writing skills and confidence necessary to excel on campus and in the job market.

Nely Rodriguez-Piadade, a fourth-year Spanish and Chicana and Chicano studies student, said she hasn’t been able to get enough help with her Spanish writing at UCLA.

Rodriguez-Piadade is a native speaker of Spanish, born in Pueblo, Mexico, who immigrated here with her family while she was in elementary school. Because she attended school in America, she never got a chance to develop her academic Spanish.

It is imperative that UCLA helps students build their proficiency in foreign languages. If UCLA doesn’t help its students improve as writers, it limits their ability to communicate with larger, more established audiences.

Rodriguez-Piadade, for example, is interested in pursuing a career as a translator, perhaps between the federal government and her community. But she feels unprepared to pursue jobs requiring technical writing and interpretation due to the lack of UCLA’s support for Spanish writing.

“I need to be able to speak every level of Spanish and English,” Rodriguez-Piadade said. “If you can’t go between these registers, then you get lost in the conversation.”

Rodriguez-Piadade isn’t the only multilingual student feeling lost in the conversation. Undergraduates within the Spanish and Portuguese department circulated a petition last year to expand writing resources.

Instructors also feel this is a problem. While working as a teaching assistant, Laura Muñoz, a doctoral candidate in the department, realized her students didn’t have sufficient writing resources. Muñoz was shocked UCLA didn’t offer this support, since she had worked in UC Riverside’s multilingual writing center as an undergraduate.

She responded to discussions with her students by organizing the Graduate Outreach Advising Link within the Spanish and Portuguese department to help undergraduates grow academically and professionally. The GOAL program has two graduate student mentors who each serve six undergraduate mentees.

Muñoz said if students do not develop writing fundamentals like grammar and syntax, the quality of their content will be ignored.

“If you are here to get an education in a specific field, you shouldn’t leave this institution without the skills required to be successful in that field,” Muñoz said.

Muñoz is also one of the members of the Spanish and Portuguese department who engaged the Undergraduate Writing Center in discussions last spring about expanding multilingual writing resources.

UWC shared these discussions with David Schaberg, dean of the humanities department, in a proposal advocating for multilingual tutors. But at the time, the center lacked the money and space to support tutors in foreign languages.

Now, UWC has worked with the physical sciences department to expand its room access. This means the only thing between Bruins and a multilingual writing center is money. According to the UWC’s proposal, adding 18 hours of multilingual graduate student tutorship a week would cost between $10,000 and $14,000 per year.

That’s a wildly affordable plan. Schaberg, however, hasn’t taken any initiative on the proposal.

If the university supports this resource, Christine Holten, director of the UWC, hopes to work with the Center for World Languages to develop an effective and efficient multilingual writing center – limiting pressure on graduates and undergraduates in foreign languages to provide their own support systems.

“A writing center is more than a grammar service station,” Holten said. “We can be a place where students are active participants in their own improvement.”

Those who argue against devoting resources to support multilingualism on campus fail to understand the university exists to serve its students and the public, two groups that have become increasingly diverse. When these beneficiaries call for changes in the system to better support their dynamic needs, the university must adapt.

Other schools like UC Riverside, Cal Lutheran University, the University of Vermont, and Dickinson College all offer multilingual writing centers. Despite the fact that UCLA has more resources than these schools do, it doesn’t seem willing to commit as wholeheartedly to its students.

“If UCLA touts itself as a global player, it needs to support its multilingual community,” Holten said.

UCLA likes to advertise itself as diverse, and claims to support multilingualism by enforcing a foreign language requirement for its graduates. But the school refuses to do even the bare minimum: help its students write in those languages.