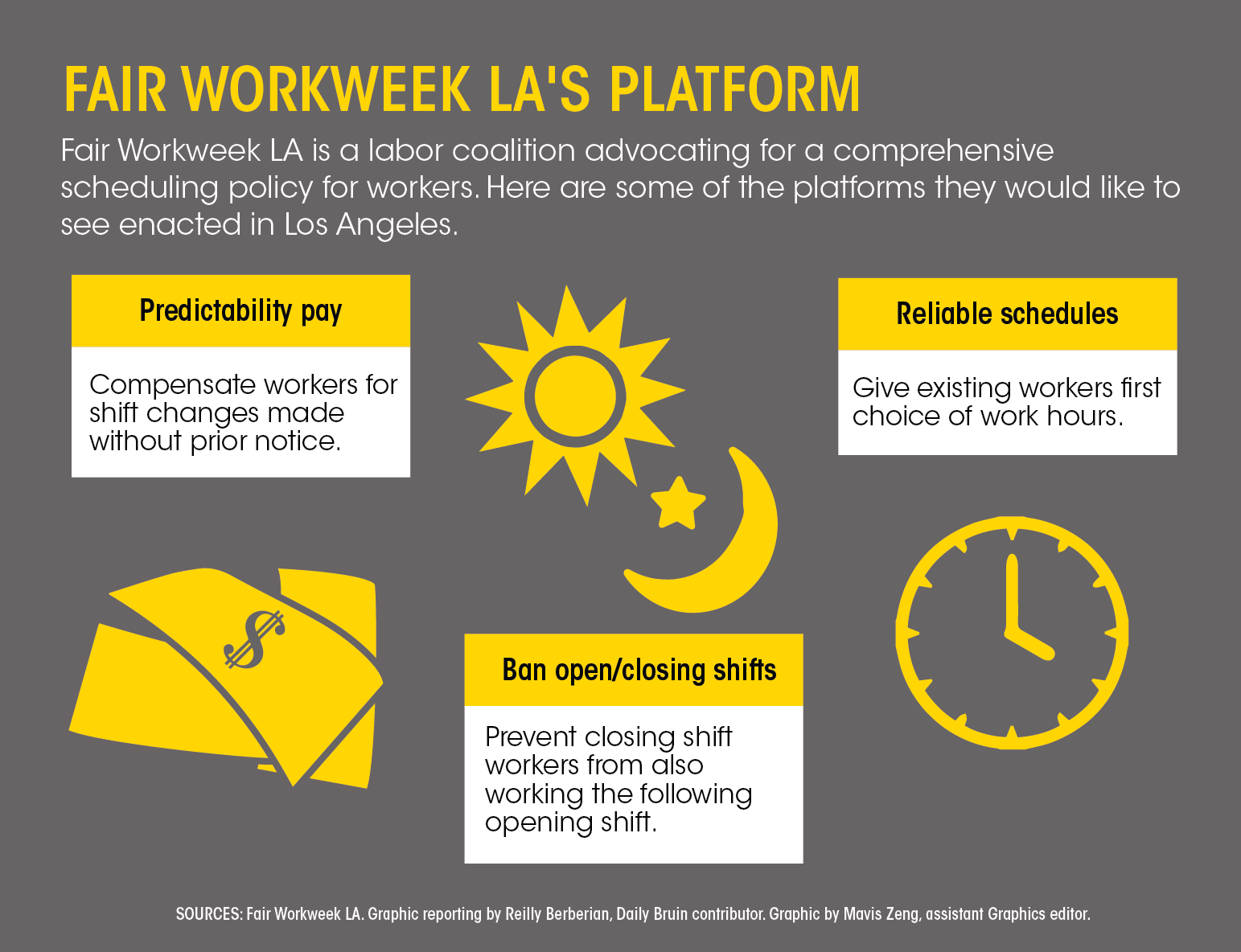 By Rafael Franco and Reilly Berberian

Retail workers in Westwood may be able to work more predictable hours and receive improved workplace benefits due to a proposed labor policy.

The North Westwood Neighborhood Council voted in its Jan. 9 meeting to show its preliminary support for the policies of Fair Workweek LA, a coalition promoting fairer working conditions for retail workers.

“Other than availability, student workers are often expected to have open availability by their employers, which can be detrimental,” Ortiz said.

Ortiz added that the policy would ban employers from making employees work both the last shift of the day and the opening shift of the next day.

Michael Skiles, president of the NWWNC, said he thinks the policy could help retail workers in Westwood enjoy their work more, which in turn could benefit the companies they work for.

Despite the NWWNC’s preliminary support for the program, Skiles said the council needs to review an official copy of the policy in order to assess any details they may be overlooking.

“The council is 100 percent behind the principle to make sure that large retail employers treat their workers fairly and provide them scheduled hours that allow them to maintain a stable workweek balance,” Skiles said.

Arlin Aguilar, a third-year English student, said she thinks the coalition could benefit some students who work retail, but will probably not affect students who work for Associated Students UCLA, which provides its workers with hours based on their class schedules.

“I think it’s necessary. Especially for people that work outside outside of here,” Perez said. “They’re not as flexible.”

Skiles said he thinks the NWWNC’s support for Fair Workweek LA will encourage other neighborhood councils in LA to also support the policy and help set fairer working conditions for their retail workers.

“I think that our council already has a reputation for being one of the most progressive councils in the city of Los Angeles, so when there’s a group like Fair Workweek LA that’s focused on fairness and inclusivity, our council is a natural starting place,” Skiles said.

Fair Workweek LA hopes to use the NWWNC’s support and share stories of student workers’ experiences to spread their platform across LA and push the LA City Council to enact their policy, Ortiz said.

“(Student workers) are an important nexus between UCLA and the Westwood community, so we can leverage their stories and support,” Ortiz said.