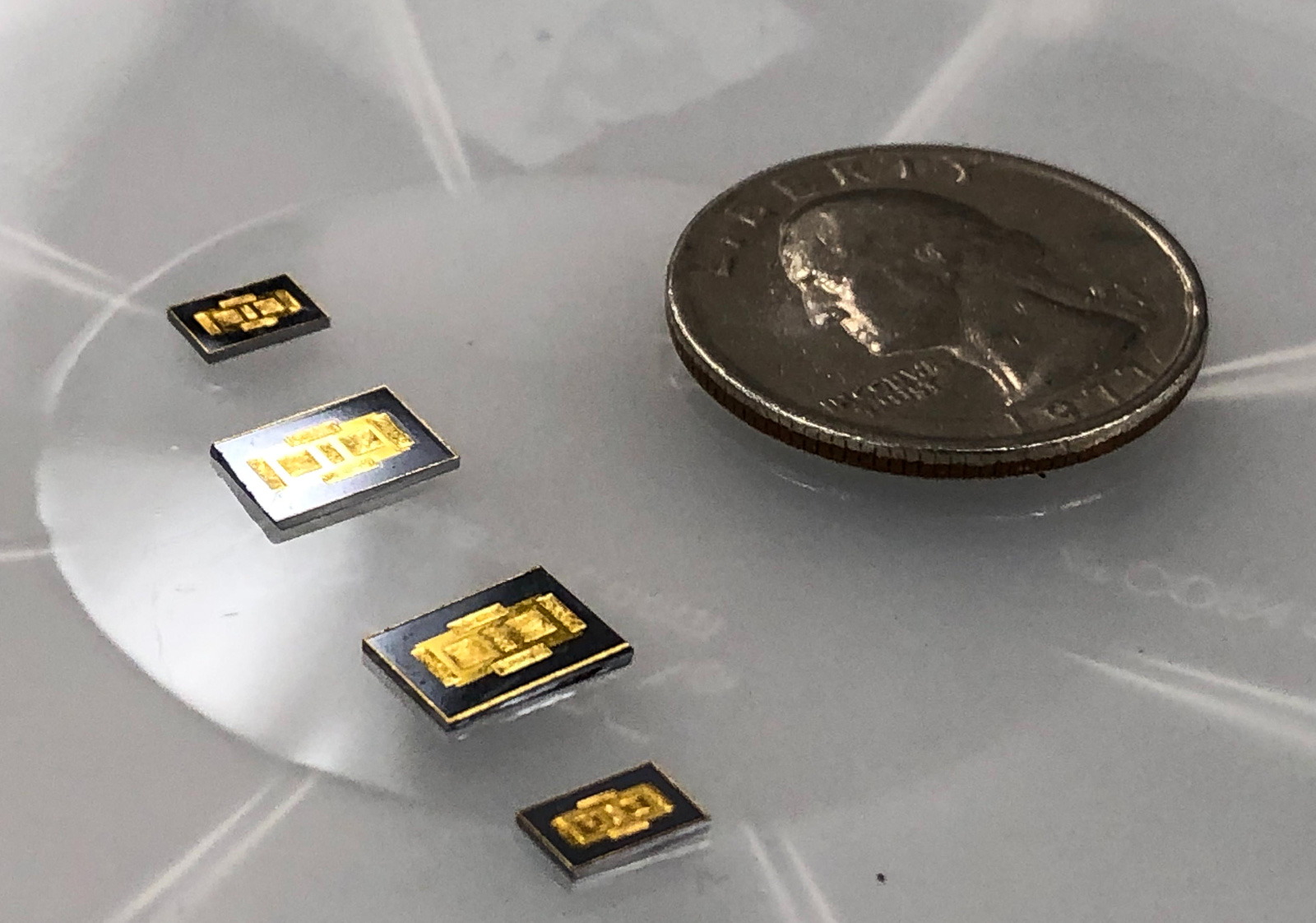 New sensors developed by UCLA researchers can be placed upon surgical tools to offer physical feedback during robotic surgery. Each one is no larger than a quarter. (Deepto Mizan/Daily Bruin)

UCLA engineers developed a novel sensor that could add a sense of “touch” to robotic surgery.

Robert Candler, an associate professor of electrical engineering, helped develop a haptic feedback sensor that, when placed on the tips of surgical instruments, would provide feedback on the various forces exerted on body tissues to better guide surgery.

In robotic surgery, surgeons use controllers to guide robotic surgical instruments inside the body.

The new technology would provide haptic feedback in the form of vibrations, forces and buzzes, which is currently not available in robotic surgery.

“The bad thing is surgeons don’t have a sense of touch while using them,” Candler said. “You can see what you’re doing, but imagine trying to tie your shoes without having a sense of touch.”

In the study, published in Biomedical Microdevices earlier this month, researchers tested the sensors on robotic surgery tools with novice trainees to determine whether the new technology helped the trainees effectively make knots in tissues without breaking or damaging them. These delicate knots and stitches in the tissue are known as sutures.

Jake Pensa, a graduate student in bioengineering, helped design the regulation system for the sensors’ output. He said sutures that break can cause hemorrhaging, which can damage the affected tissues and vessels via blood loss.

“Tying surgical knots is an exact science in itself, so we want it done in the right way,” Pensa said.

The researchers found that the trainees managed to break fewer sutures when aided by the robots with haptic feedback sensors.

Jonathan King, a general surgeon at Ronald Reagan UCLA Medical Center, was not directly involved in the study but said he was excited by the potential benefits of the new technology.

“Robotic minimally invasive surgeries allows us to sew using finer sutures, but without physical feedback, we must use visual cues,” King said. “(Haptic feedback) would help trainees to get better used to the robotic tools and avoid breaking sutures.”

Mark Girgis, a surgeon at Ronald Reagan UCLA Medical Center, was also interested in how the sensor technology could be applied to many types of surgery.

“Haptic feedback would generally help with all kinds of surgeries, especially for fine dissection around structures such as blood vessels and nerves,” Girgis said.

Candler said the team hopes to better integrate the sensor with the robotic surgical tools in order to make it ready for clinical usage.

“Just like when you feel the sliding feeling when you tie your shoes tightly, it’s a different kind of force compared to a compression force or normal force,” Pensa said. “We want the surgeons to be able to ‘feel’ the tissue.”