Tree falls on Veteran and Levering due to heavy wind, damages cars 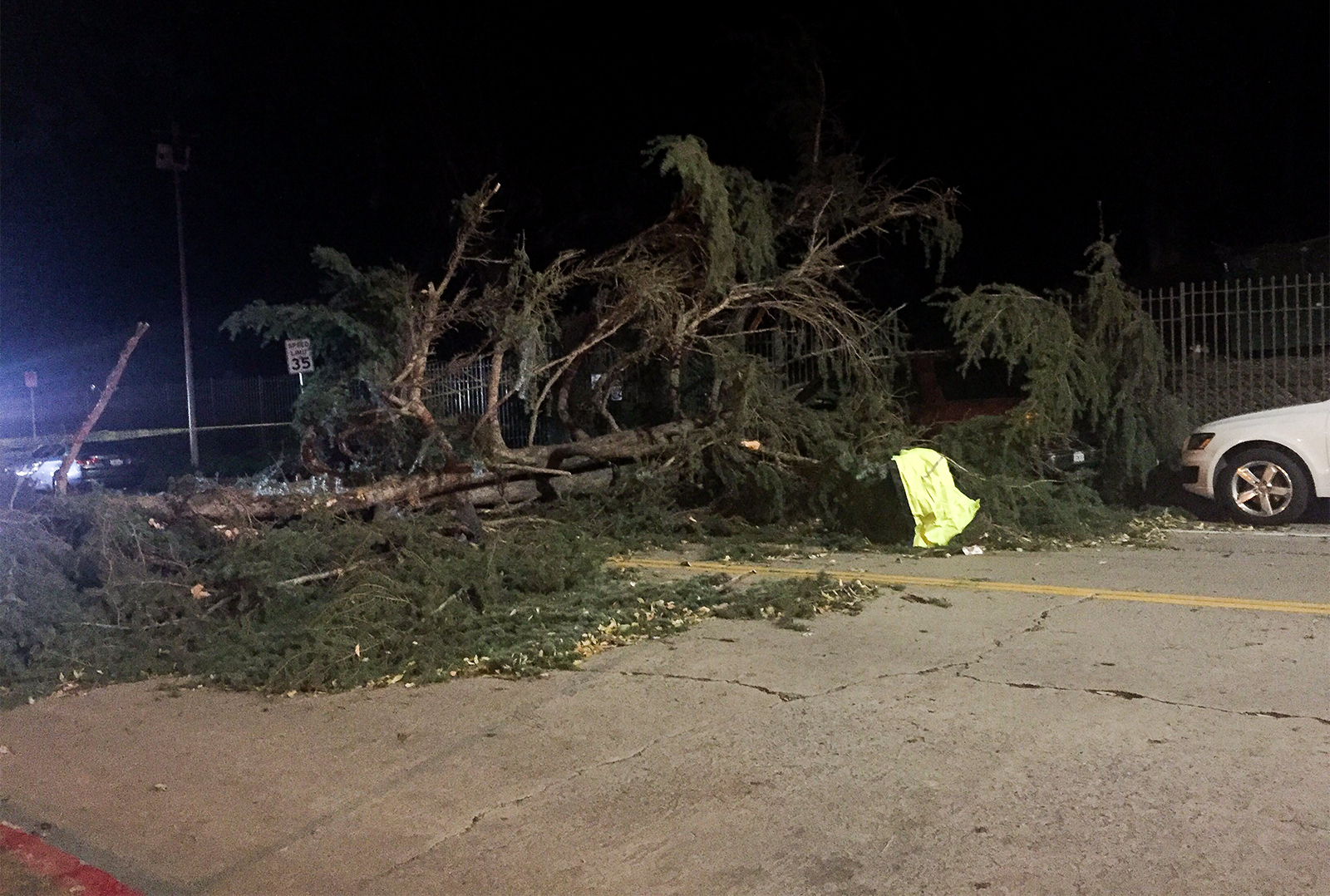 A tree that fell on the corner of Veteran and Levering avenues damaged two cars and prevented traffic from passing. (Grace Ye/Daily Bruin senior staff)

A tree fell near the corner of Veteran and Levering avenues Monday night.

An LAPD officer said the tree fell at around 6:30 p.m. due to heavy wind and damaged a car parked nearby. Another car was damaged because the driver failed to see the fallen tree in the dark and drove over it. The driver, Luigi Espino, was not injured.

Espino, a chef at the University Cooperative Housing Association Co-op on Landfair Avenue, said the darkness made it difficult to see the fallen tree.

Many other cars also drove full speed into the intersection before noticing the tree.

Two LAPD officers attempted to make the tree as visible as possible by putting up caution tape, draping a luminescent jacket over the tree, blaring cop car lights and setting up orange cones.

Samantha Feldman, a fourth-year psychology student, lives in an apartment next to the fallen tree. She said she and her friend heard it fall and proceeded to call 911.

“It was pretty shocking, I guess, because it’s like the second tree that’s fallen in the last three days,” Feldman said.

Many similar incidents have been reported across the city, the officer said. Another tree fell Friday in front of the UCLA Store but no injuries or damage was reported in that incident.