Large tree falls down in front of Ackerman Union 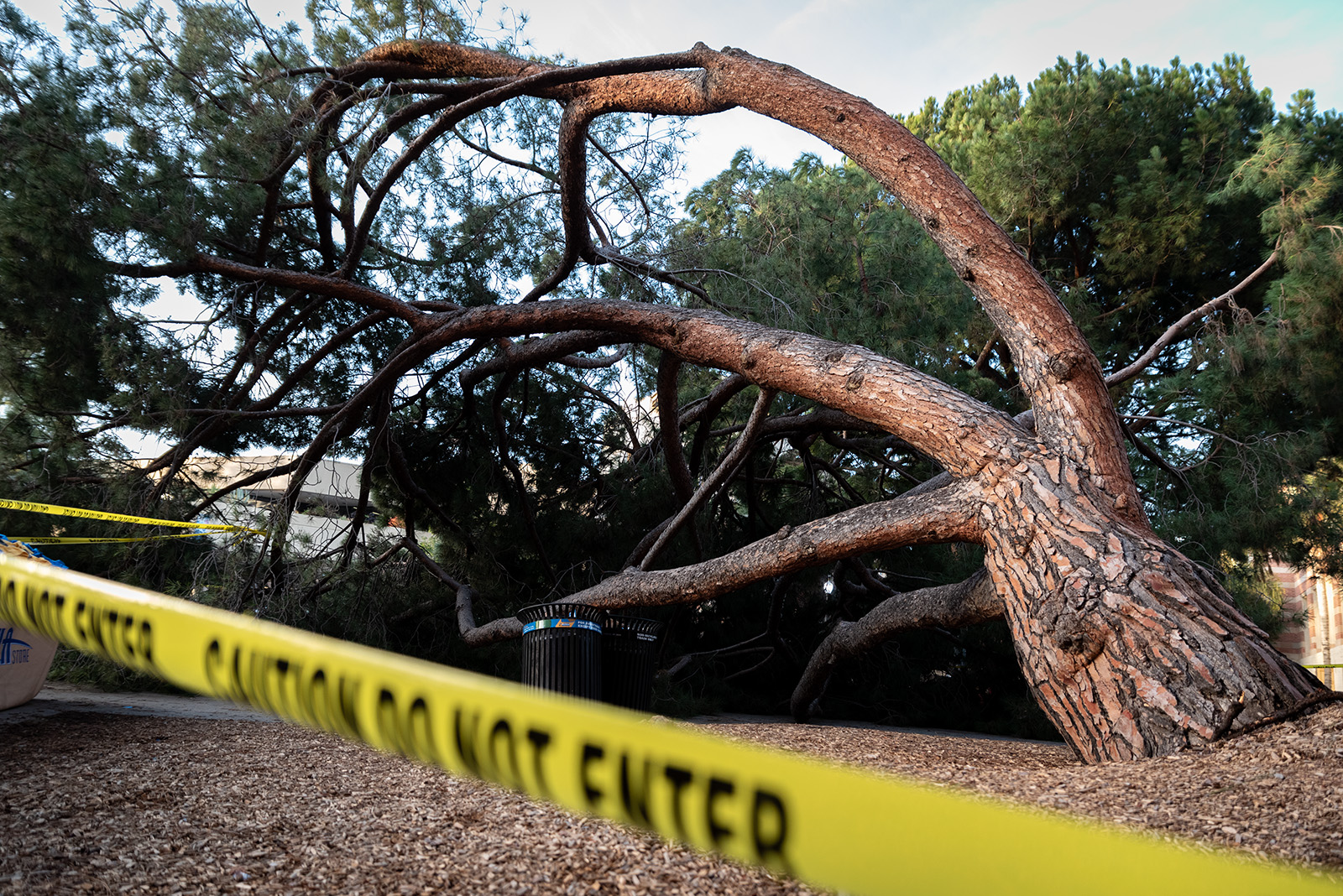 A tree outside the UCLA Store fell into Bruin Plaza, but no damages were reported. (Liz Ketcham/Assistant Photo editor)

A tree fell outside the UCLA Store in Bruin Plaza on Friday afternoon, partially blocking part of Bruin Walk.

Nurit Katz, executive officer of Facilities Management, said the tree was reported at 4:11 p.m., but she was not sure exactly when the tree fell.

Katz added while Facilities Management has not yet assessed the tree, she thinks the tree likely fell because heavy rain throughout this week loosened the soil.

Jan Broese, a third-year political science student, said while he didn’t witness the tree falling personally, he saw many people gathered near the tree shortly after it fell.

“I was actually surprised the tree could fall,” Broese said.

Christine Sun, a UCLA alumna, said she was concerned about similar incidents happening in other areas of Westwood after seeing the fallen tree on Bruin Plaza.

“This makes me worried about the trees in front of the apartments because if something can happen in just an hour or so, I’m more worried about cars that could be underneath or students walking by,” she said. “People joke about it, but it’s also pretty scary to think about if you are under a tree that could fall on you.”

No injuries or damages to property were reported, and the tree will be removed by a grounds crew by the end of Saturday, Katz said.