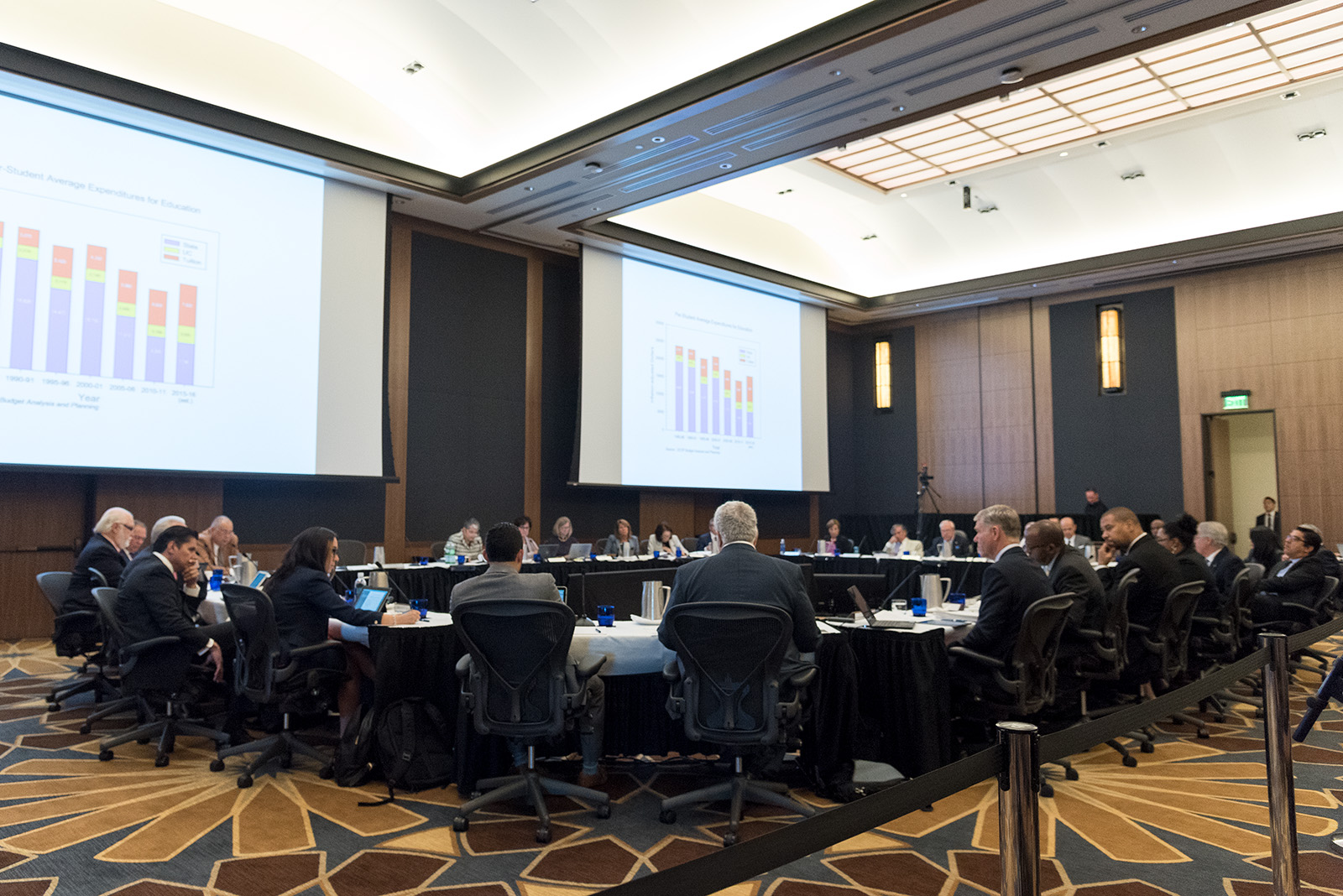 The University of California Board of Regents met Wednesday at the UC San Francisco campus to discuss issues such as students’ basic needs, the proposed increases in the California higher education budget and the UC’s contract with Elsevier. (Daily Bruin file photo)

The governing board of the University of California met for the first two days of its January meeting at UC San Francisco on Tuesday and Wednesday. Regents discussed changes to the systemwide Title IX plan, improving conditions for student athletes and raising tuition for graduate professional degree programs.