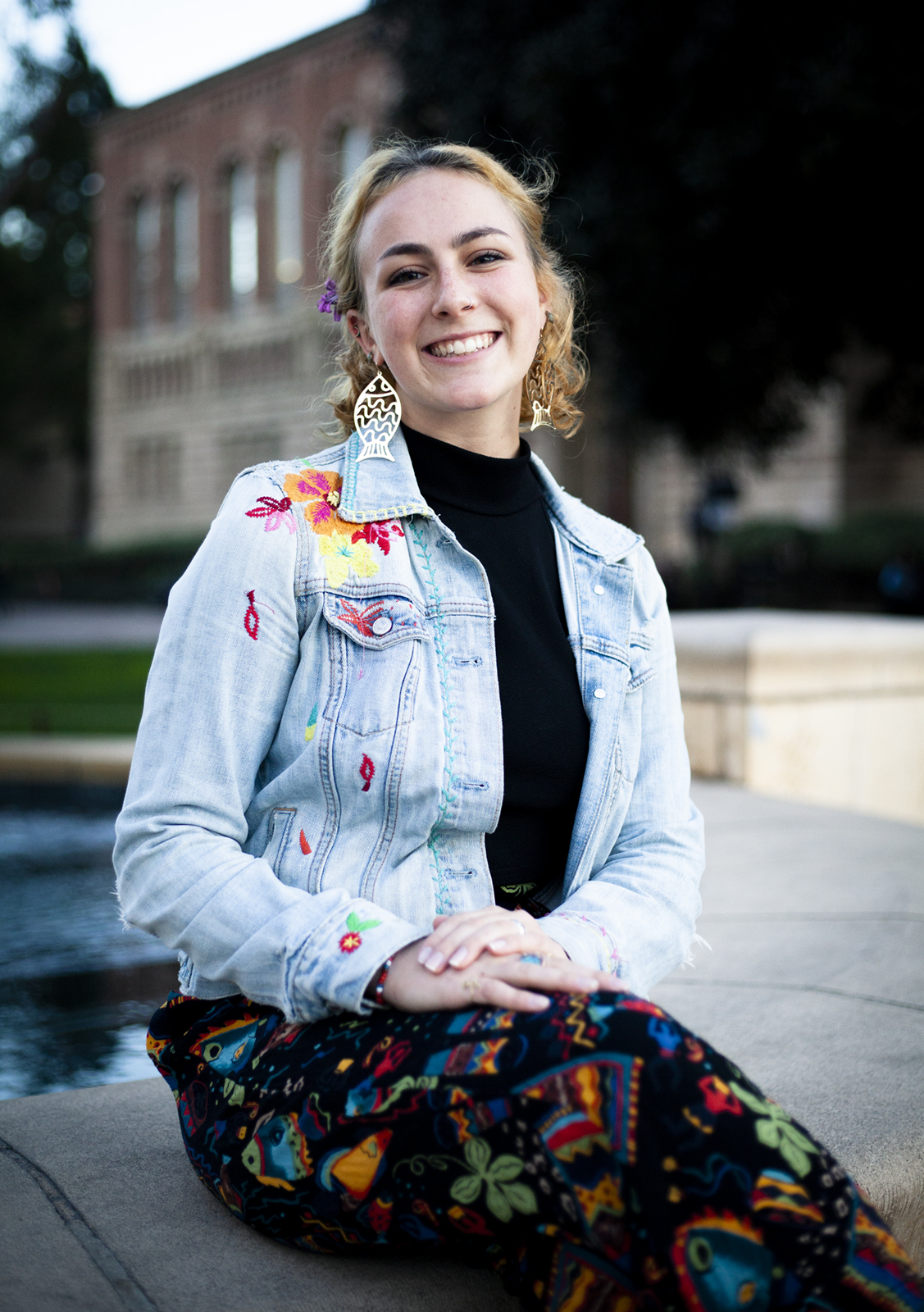 Emma Gillette travelled to Thailand in 2018 to teach emergency medical techniques to local Thai communities as a part of the Global Citizens Fellowship program at UCLA. The program awards grants to students to complete a project of their design in a foreign country. (Mia Kayser/Daily Bruin staff)

When Emma Gillette got into a motorcycle accident while studying abroad in Thailand in 2017, she was thrown into Thailand’s medical system and saw the disparities between the health care provided to rural and urban communities.

This prompted her to teach emergency medical techniques to local Thai communities as a Global Citizens fellow.

The Global Citizens Fellowship at UCLA awards $5,000 grants to at least one student each year to complete a project of their own design in a foreign country.

The fellowship, founded in 2012 by two UCLA students, was formed with the goal of supplying funding for students to pursue service projects overseas, said KC Bui, program coordinator at the UCLA Vice Chancellor Student Affairs Office who works with the fellows. Students who applied were expected to have established contacts in the community they hoped to work in and propose extensions of previous work they had completed in that community, Gillette said.

Gillette, a fourth-year neuroscience student, was the sixth fellow in the program in 2018. She completed her project abroad last summer in Mae Sot, Thailand, partnering with the Mae Tao Clinic to teach basic lifesaving techniques to residents in local communities.

“The plan was to teach the teachers and the student leaders of the schools,” Gillette said. “We trained them how to teach this material in the classes so that the clinic would be able to hold its own classes even after the summer ended.”

Gillette added that her previous experience in the country’s medical system led her to realize that access to ambulatory care and emergency services was not affordable to many citizens in the local population, and was only available at larger hospitals in urban areas.

She added that, upon receiving the fellowship, she decided to provide lessons in CPR, first aid and Stop the Bleed techniques to locals in the clinic as part of her project.

CPR and Stop the Bleed techniques, founded by the American College of Surgeons, were created to teach the general public how to effectively stop life-threatening bleeding, Gillette said.

While Stop the Bleed was created in response to mass shootings in the United States, Gillette applied the techniques to accidents that local populations in Thailand might experience, working with both Thai communities and Burmese refugees to teach in the clinic and expand the lessons to local schools.

Madhu Narasimhan, a UCLA alumnus and one of the founders of the program, said the fellowship also teaches students about general cultural practices and political systems of the country they are working in.

Gillette added that cultural norms played an important role in determining how she taught her lessons in Thailand.

“Cultural norms were acknowledged in my lessons, as I changed my plan to include the use of a washcloth to stop the bleed instead of expecting students to remove their own shirts as they may do in the United States,” Gillette said.

Bui said the fellowship is competitive due to the rigorous application process, which requires essays, letters of affiliation, recommendation letters and an interview with the board.

Narasimhan said students who complete the fellowship become campus ambassadors for the program as seniors to inform potential candidates about the program.

He added the program hopes to expand their range of initiatives to support fellows immersing themselves into their region of work, providing grassroots services and applying their experience to larger issues.

Gillette added she feels encouraged to see the lasting impact of her work and hopes to continue working in a similar field.

“I like the fact that this can be self-sustaining and that the people I worked with will continue the lessons that I began in the summer,” Gillette said.