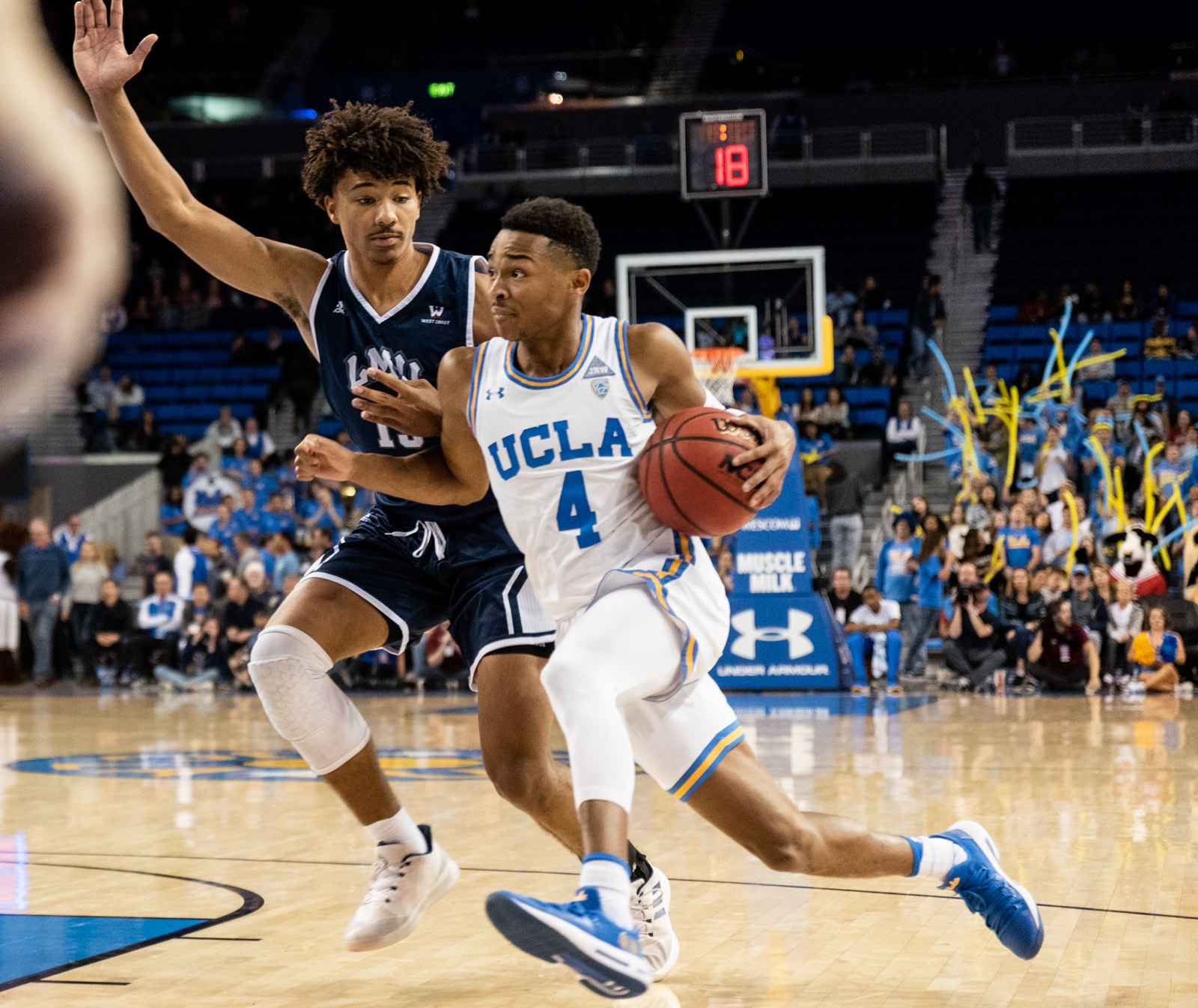 Sophomore guard Jaylen Hands had 12 points on 5-of-10 shooting in a 13-point loss to Oregon State on Sunday night. Hands’ two assists were tied for his fewest this season, and his -15 plus-minus was the worst on the team against the Beavers. (Michael Zshornack/Daily Bruin senior staff)

For a brief moment, the Bruins looked like they were back.

Hands’ pass to a slashing Wilkes on that run was one of his two assists – tied for his season low and just the second time this season he finished with fewer than three.

Wilkes was able to surpass his season average of 17.2 points per game with a game-high 21 on Sunday night, but he was just 8-of-22 from the field. Wilkes was 2-of-9 from deep before hitting two 3-pointers in garbage time.

Despite Wilkes’ late push, he is still shooting 31.5 percent from long range, down from his 35.2 percent mark in his freshman campaign.

Wilkes was not the only Bruin struggling to make shots, however.

Once again, the Bruins shot 47.6 percent from the charity stripe, tanking their 62.8 mark entering the game – which was the worst among major D-1 programs – down to an even 62.

Freshman center Moses Brown fell one rebound and one point short of his seventh double-double of the year, but he was able to reel in nine boards for the fifth-straight game. Brown lost the head-to-head seven-footer matchup with Oregon State big man Kylor Kelley, who scored 14 points with perfect shooting from the field and free throw line to go along with a game-high five blocks.

UCLA dropped to 1-5 outside of Pauley Pavilion this season in just their third true road game of the year. There were 1,677 students in Gill Coliseum – the most Oregon State had drawn since March 4, 2015 – to watch their team hand UCLA its first loss of conference play.

And like most of the Bruins’ losses this season, it wasn’t even close.

The 13-point loss was actually the second-closest matchup of the seven games the Bruins have dropped this season. UCLA’s opponents now average a 15.6-point margin of victory when they take down the Bruins, with Belmont’s two-point win being the only single-digit deficit in those games.

Bartow will follow up his first loss as interim coach with the final game of UCLA’s five-game road trip against USC on Saturday.