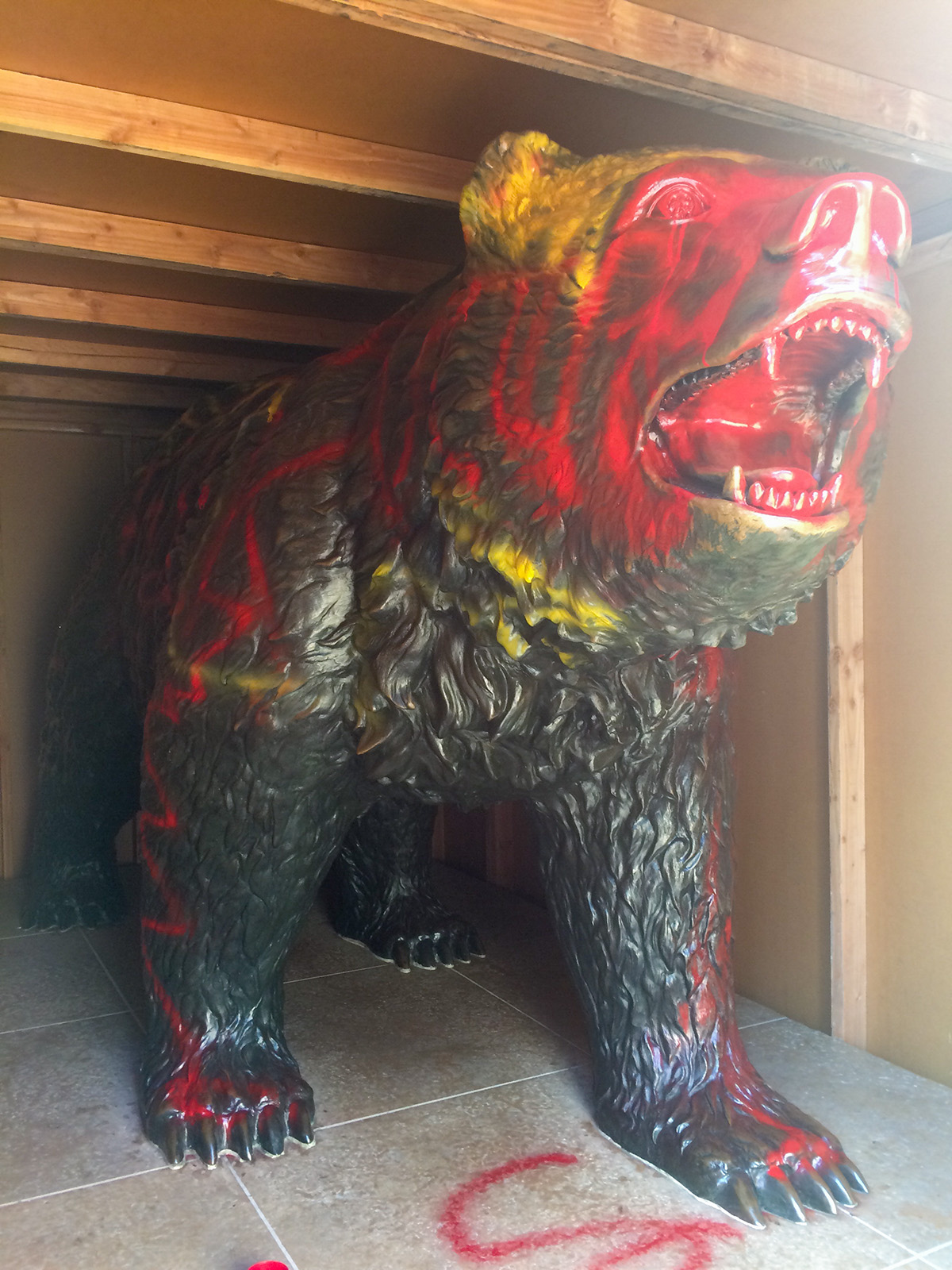 Two men were charged with causing more than $10,000 in damages after allegedly painting the statue with red and yellow paint. (Isabella Fortier/Daily Bruin)

Two men were charged with vandalism Wednesday for damaging the Bruin Bear statue in November.

Louie Torres, 19, and Willie Johnson, 18, were charged with causing more than $10,000 in damages after allegedly painting the statue with red and yellow paint, according to a press release from the district attorney’s office. Both men face one felony count of vandalism over $400 damage.

An arraignment is scheduled for Thursday. If convicted as charged, both Torres and Johnson could be sentenced to at most three years in jail, according to the press release.

UCLA protects the bear and other statues by erecting chalkboard walls around them during rivalry week, the week leading up to the annual football match between USC and UCLA. One of the walls surrounding the Bruin Bear statue was found removed and the statue inside covered in paint Nov. 15. UCPD later determined the statue was vandalized Nov. 13 at about 2 a.m.

Torres and Johnson are not affiliated with either of the two universities. They are currently being held at the Los Angeles County Jail in lieu of a $10,000 bail.

This case is still under investigation. Anyone with information about the case can call UCPD detectives at 310-825-1491.