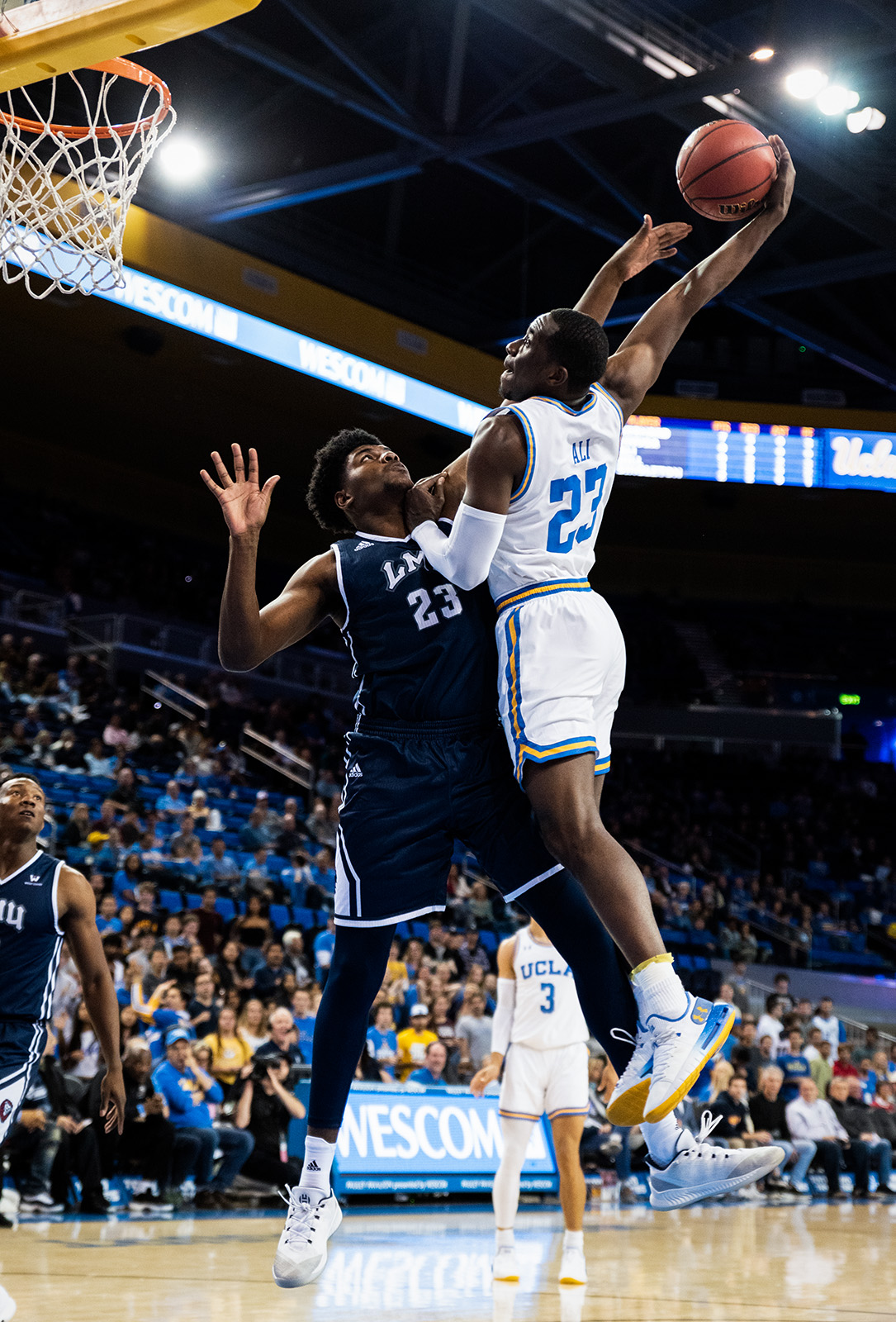 Redshirt junior guard Prince Ali scored a team-high 22 points in UCLA men’s basketball’s 87-84 comeback victory over Oregon on Thursday night. The Bruins trailed by as much as 17 points in the second half. (Michael Zshornack/Daily Bruin senior staff)

The Bruins brought their winning ways out on the road.

UCLA trailed by eight points with 45 seconds remaining in regulation, but sophomore guard Jaylen Hands pulled the Bruins within two after sinking a 3-pointer and knocking down three free throws on the following possession.

The Ducks then fouled Hands on the ensuing inbound to keep the Bruins from attempting a game-tying 3. However, after making the first free throw, Hands intentionally missed the second, allowing sophomore guard Chris Smith to slip behind the defense for the game-tying layup.

Despite going to the line to win the game, Smith was unable to convert the 3-point play, sending the game to overtime.

Ali took over in the extra period, scoring the Bruins’ first four points and grabbing a crucial rebound with just over a minute remaining and the game tied at 84. Hands scored the eventual game-winner on a mid-range jumper from the top of the key on the next possession.

Ali finished the night with a team-high 22 points on 7-of-10 shooting, also knocking down four of his seven attempts from long range.

Hands posted 16 points, seven assists and six rebounds in a team-high 38 minutes on the floor. Freshman center Moses Brown recorded his sixth double-double of the season with 10 points and 11 rebounds.

Oregon’s 0-2 record in Pac-12 competition marks its first such start to conference play since the 2010-2011 season, when it went five games before securing its first conference victory.

The Bruins will continue their current three-game road trip with a visit to Corvalis, Oregon, on Sunday to face the Oregon State Beavers before returning to Los Angeles for the conclusion of the trip at USC.