As turnovers pile up, men’s basketball trails Oregon at half on road 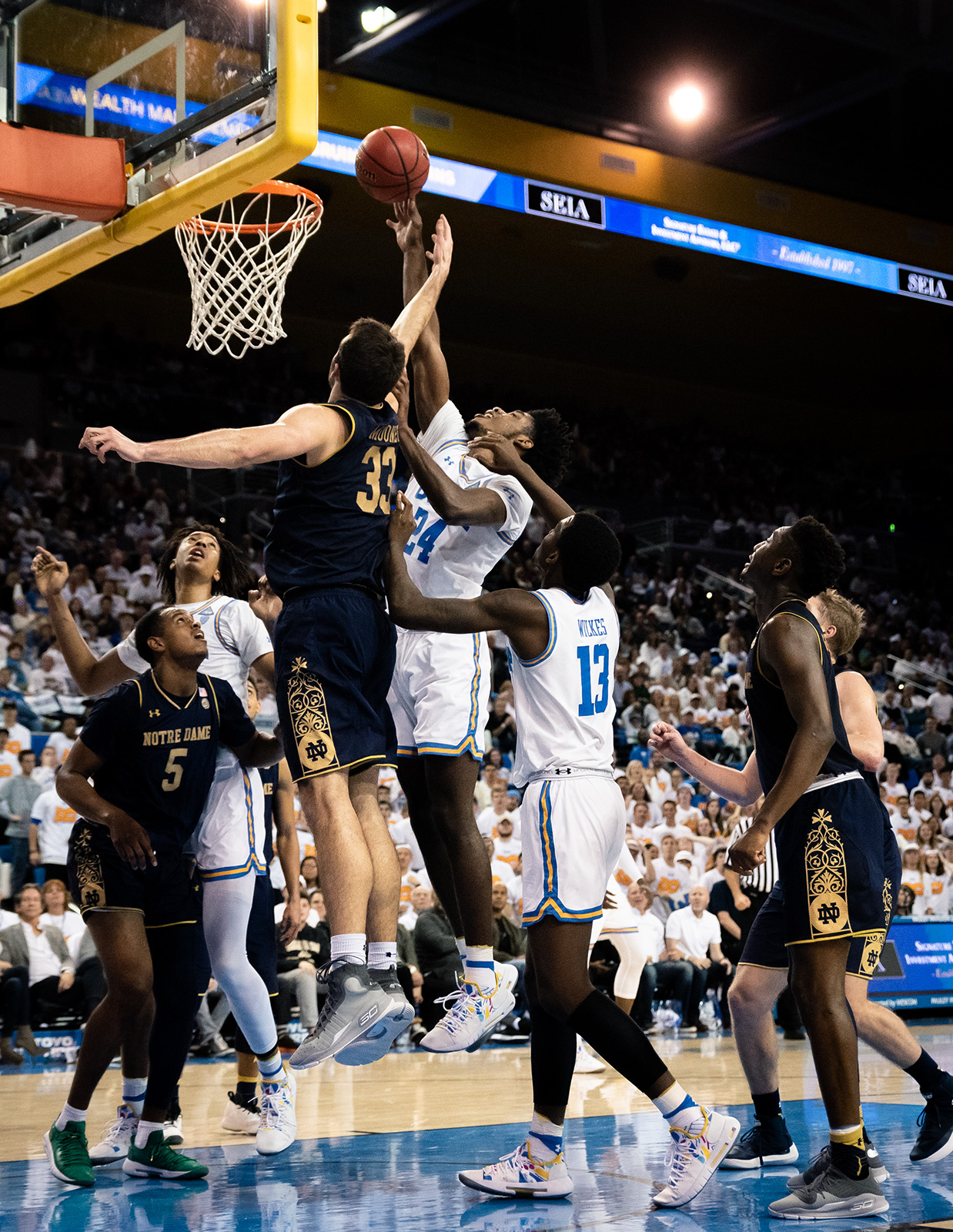 Redshirt freshman forward Jalen Hill scored seven points on 3-of-4 shooting in the first half of UCLA men’s basketball’s matchup with Oregon on Thursday night. The Bruins trail the Ducks 39-32 at the half. (MacKenzie Coffman/Assistant Photo editor)

The Bruins will not want to rewatch the tape of Thursday night’s first half in Eugene.

The Bruins opened the contest by knocking down 10 of their first 11 shots, but went on to miss 13 of their last 16 attempts from the field. The Ducks capitalized on the cold spell by closing the half on a 22-10 run.

Oregon had four different players score at least seven points in the first 20 minutes. The Ducks also converted the Bruins’ 14 turnovers into 19 points compared to just the six points UCLA was able to score off of the Ducks’ eight turnovers.

Sophomore guard Kris Wilkes led the Bruins in scoring with nine points on 4-of-6 shooting and knocked down a 3-pointer as time expired in the half. Redshirt freshman forward Jalen Hill and freshman center Moses Brown each added seven points of their own.