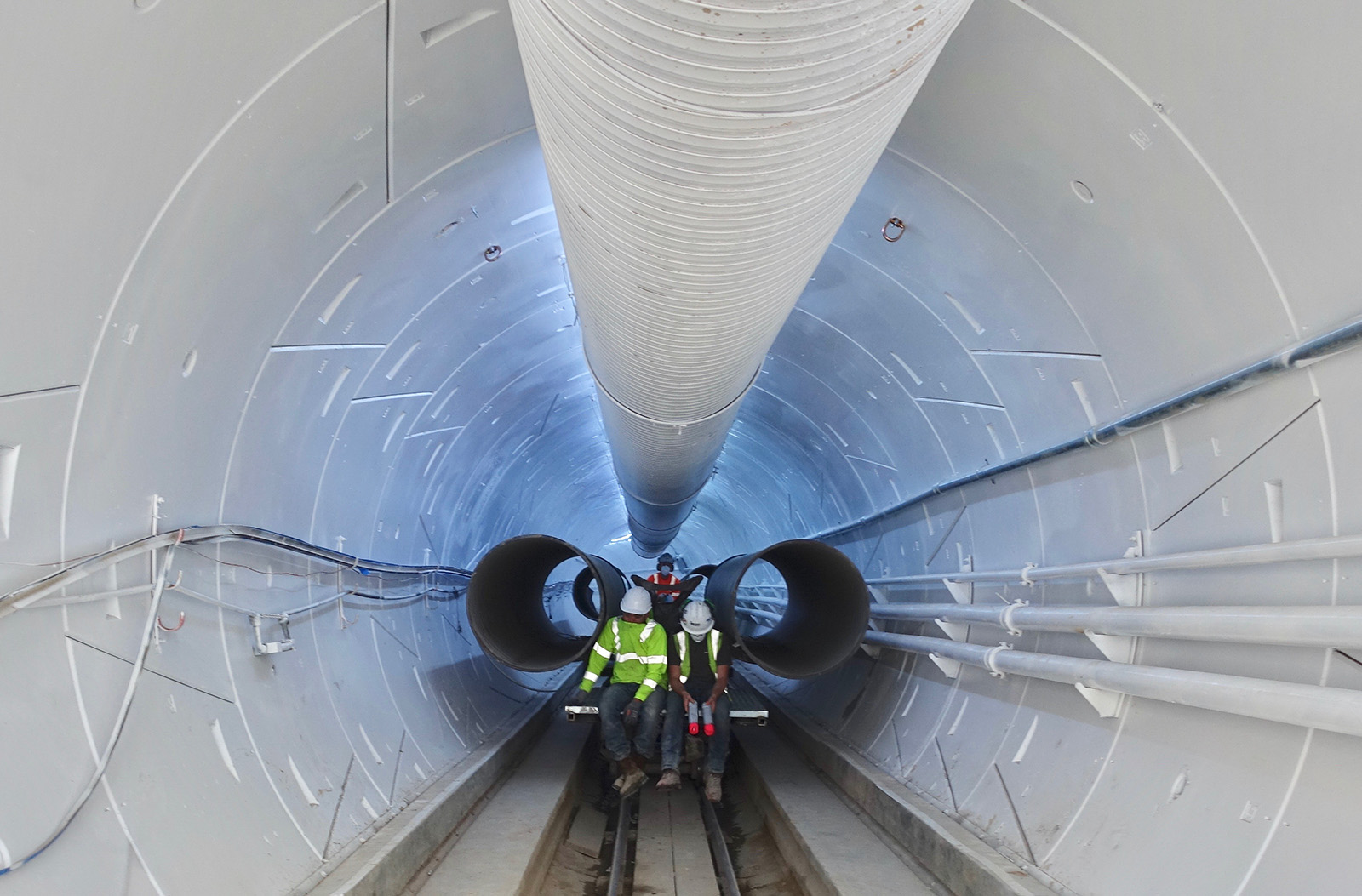 Imagine this: Toyota promises to build a bridge between Manhattan and Queens to help commuters, but you have to buy a Toyota to use it. Silly, right?

Only a few weeks ago, Elon Musk, founder and CEO of Tesla and SpaceX, revealed his prototype tunnel designed by the Boring Company. The tunnel is straight out of a sci-fi movie: 20 to 40 feet underground, 1.14 miles long and illuminated by blue and white LEDs.

Per Musk’s plan, this is only the beginning. The billionaire engineer plans to construct a network of tunnels all over Los Angeles with the intention of alleviating traffic and shaving minutes off Angelenos’ daily commutes.

But his elitist thinking will only relieve the one percent.

Only fully autonomous electric cars are permitted in the tunnels – meaning only Musk and people who can afford self-driving cars can utilize the high speed tracks. It is selfishly inefficient to construct a transit system that only one type of vehicle can use.

Los Angeles, though incredibly wealthy, is socioeconomically diverse and geographically dispersed. If the goal of the tunnels is to create a more efficient transit system, the masterminds behind it need to think about the majority of commuters, who make less than six figures. Focusing on a larger demographic would have a greater impact on congestion and could act as the first step toward long-term traffic relief.

According to a 2016 report, the average Angeleno’s commute is 44 minutes long. While other cities like New York City experience similar congestion, the expansiveness of Los Angeles combined with its high population makes the average daily commute one of the worst in the United States.

In other words, Angelenos need more than just a few tunnels.

The primary method of transportation in Los Angeles is by car. This is because Los Angeles County is large, industry is relatively concentrated and the city doesn’t have a reliable public transportation system. Investing in green form of mass transit – something Los Angeles is prioritizing – would be a more worthwhile way for the people at the Boring Company to serve a wider demographic and really cut into commute times.

“(The tunnels) might be effective in Beverly Hills, but in other areas where there are not a lot of Teslas, maybe not,” said Maite Nieblas, a third-year sociology student who commutes to school. “I think we should focus on public transportation as a whole, considering Los Angeles is one of the bigger cities that doesn’t have efficient public transportation.”

Moreover, Teslas aren’t an affordable mode of transport. The baseline cost of the cheapest model – the only widely known self-driving electric car – is $33,450, and customers wait months, even years, to get behind the steering wheel. According to the United States Census Bureau, Los Angeles’ median household income is $61,015, and paying $33,450 for a car you don’t immediately have access to just isn’t an investment many Angelenos can make.

Families that live the farthest distance from the city and make the longest commute to work cannot and should not have to make a massive financial sacrifice to use Musk’s tunnels – a project City Hall has been supportive of. The same goes for students at UCLA.

Musk’s tunnels are a gimmick engineered to relieve the commutes of the wealthiest Angelenos. Rather than developing a transit system that would push people to make sacrifices and further instituting a wealth disparity in Los Angeles, Musk – who has committed himself to alleviating the city’s traffic – should partner with the public sector to produce a green and efficient public transit system.

Los Angeles recently adopted Mayor Eric Garcetti’s “Twenty-Eight by ’28” policy, which will address 28 major road, transit and bicycle projects before the city hosts the 2028 Summer Olympics and Paralympics. This is a prime example of an endeavor Musk could donate his futuristic technology to and help the most people with.

After all, as Matthew Chan, a second-year economics student who commutes to school pointed out, the solution to Los Angeles’ traffic problem is not one size fits all.

“The tunnels aren’t just going to fix the problem,” he said. “We need to fix public transportation and to do this the private sector needs to get involved.”

Of course, some may argue that building these tunnels would encourage people to purchase electric cars, benefitting the environment overall. However, as electric cars become more popular in the marketplace, it is likely these alternative models will cost more than Teslas. As of right now, Tesla is the cheapest autonomous electric car for sale and will likely remain so, since the company is at the forefront of the engineering pursuit and has a large budget at its disposal.

Additionally, the Boring Company’s standard requirements for “full autonomy” may vary from vehicle to vehicle, potentially only permitting certain brands with certain technology to use the tunnels. Aside from the narrow-minded approach to public transit, the tunnels demand large sums of money and research. This same money and time could be used for something that everyone can use – something Los Angeles is already working on.

Doing otherwise would just be tossing cash underground – and the Boring Company has already dug itself into a hole.