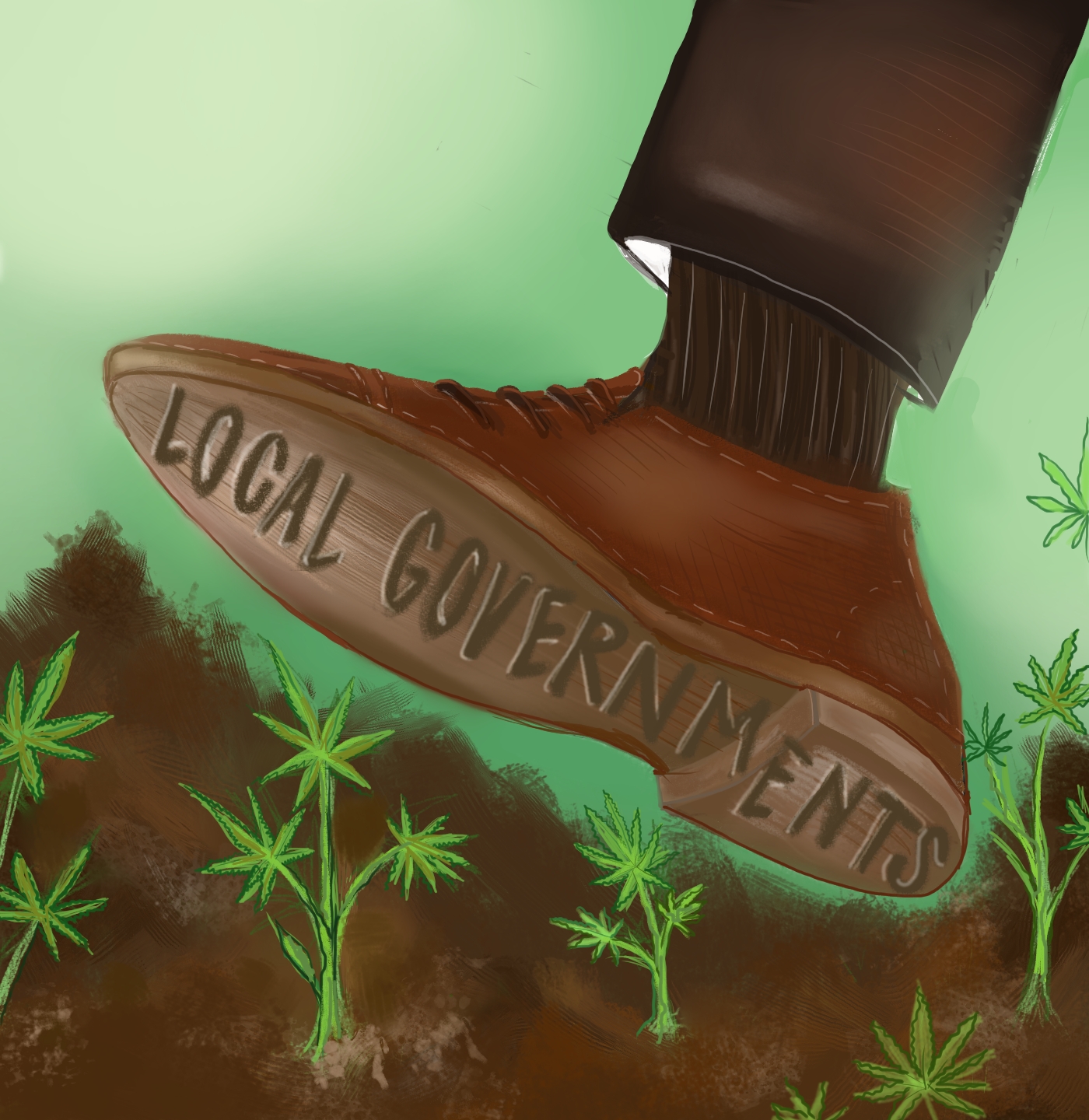 It’s impossible not to be confronted with broken promises and dashed expectations looking back on the first year of California’s legal recreational marijuana market.

In fact, you would have to be smoking something pretty strong to see California’s efforts as anything less than a disappointment.

California’s pot legalization, hailed as a giant leap forward in marijuana policy and a potentially viable model for state legalization efforts all over the nation, has devolved into an infinitely confusing regulatory boondoggle that has both legislators and citizens trying to figure out just what went wrong. But it doesn’t take a policy wonk to spot the glaring structural issues that have dogged the state’s legalization efforts from the beginning.

Municipalities are able to decide individually whether they are going to allow cannabis sales, but they also can pass their own regulations and taxes on the marketplace With only 20 percent of California cities allowing marijuana sales, it’s not hard to see why the state is experiencing falling legal pot sales and lackluster tax revenue.

Californians made it clear legalized marijuana is what they wanted, but because of the state’s inept attempt at regulation, California is left with a system that sets up every imaginable barrier to legal marijuana and bolsters an already robust black market. Legislators need to streamline the regulatory apparatus to set the Golden State on track and foster a legal marijuana marketplace that is both safe and fair.

It’s clear that local approval of cannabis sales must be the first thing out the door. Cities are given broad authority in determining if their municipalities allow for a legal cannabis market and how that market should be regulated. The result is a confusing jumble of differing regulatory environments, making compliance unrealistic for all but the biggest marijuana sellers.

Given the expense and hassle of dealing in the legal marketplace, many small- to medium-sized sellers see no benefit in operating legally. California is home to the largest illicit marijuana market in the U.S., meaning sellers who do choose to operate outside of the law have access to a sophisticated network. The high costs of legal operation and relative ease of conducting business in the shadows only ensures the illegal marijuana market will grow.

This is exacerbated by the fact that the vast majority of municipalities have opted against legal marijuana marketplaces. As a result, easy access to legal pot is available to few consumers across the state. With a plentiful supply of black market marijuana, it’s unrealistic to expect consumers to travel large distances to legal markets. Given how underserved the state is, it is hard to imagine that demand for illicit markets will go away any time soon. For example, large swaths of the Los Angeles populace, including Burbank, Beverly Hills, Inglewood, Compton, Redondo Beach and Calabasas, ban cannabis sales.

Even in cities where legal marijuana is an option, a confusing amalgamation of taxes and fees has the potential to hike up prices by 45 percent. While marijuana should be taxed similar to other “vice” products, allowing for such hefty fee schemes is counterintuitive. When an illegal marketplace is able to offer the product at a much lower price, consumers have little incentive to participate in the legal, regulated market.

If the state wants to solve these problems, it needs to set up a uniform regulatory system with few, if any, exceptions. Such a system will create a single marketplace that can be regulated effectively. Not only will all consumers have access to legal cannabis, but a single marketplace will cut operating costs for sellers both big and small, allowing for more reasonably priced cannabis.

What’s more, a streamlined regulatory system will increase access to and improve prices of legal cannabis, thus cutting into the illicit marketplace. As a result, more people will buy into the regulated marketplace and the state finally will see substantial additional tax revenue – one of the motivations for legalization in the first place.

A streamlined regulatory system also levels the playing field between large corporations and small growers, defending against a situation where a few big, wealthy players control the marketplace – a situation detrimental to consumers’ wallets and health. One need not look any further than Big Tobacco in the 20th century for an example of just how bad this could be. Additionally, many of these smaller growers exist in underserved markets. Making it feasible for them to operate legally would certainly allow for both healthy industry growth and competition.

A scheme even remotely similar to the one outlined above certainly will face fierce opposition. The general argument coming from this camp is that municipalities have a right to determine individually whether cannabis is sold in their areas. However, even if the system was working – it isn’t – the fact remains that statewide marijuana legalization was something Californians overwhelmingly supported. Having only 20 percent of cities offer a legal marketplace is ludicrous and undemocratic.

What makes opposition all the more egregious is how counterproductive it is. An overhaul of the current system would cut down on harmful, unregulated marketplaces while actually bringing tax benefits to the state. The hodgepodge of regulations and restrictions does little to curb the sale of marijuana; rather, it drives it into an underground market that only encourages crime and harmful practices the state has sought to defend against.

Californians sought a healthy and facilitated marijuana marketplace in 2016. Cities need to stop curbing those highs.