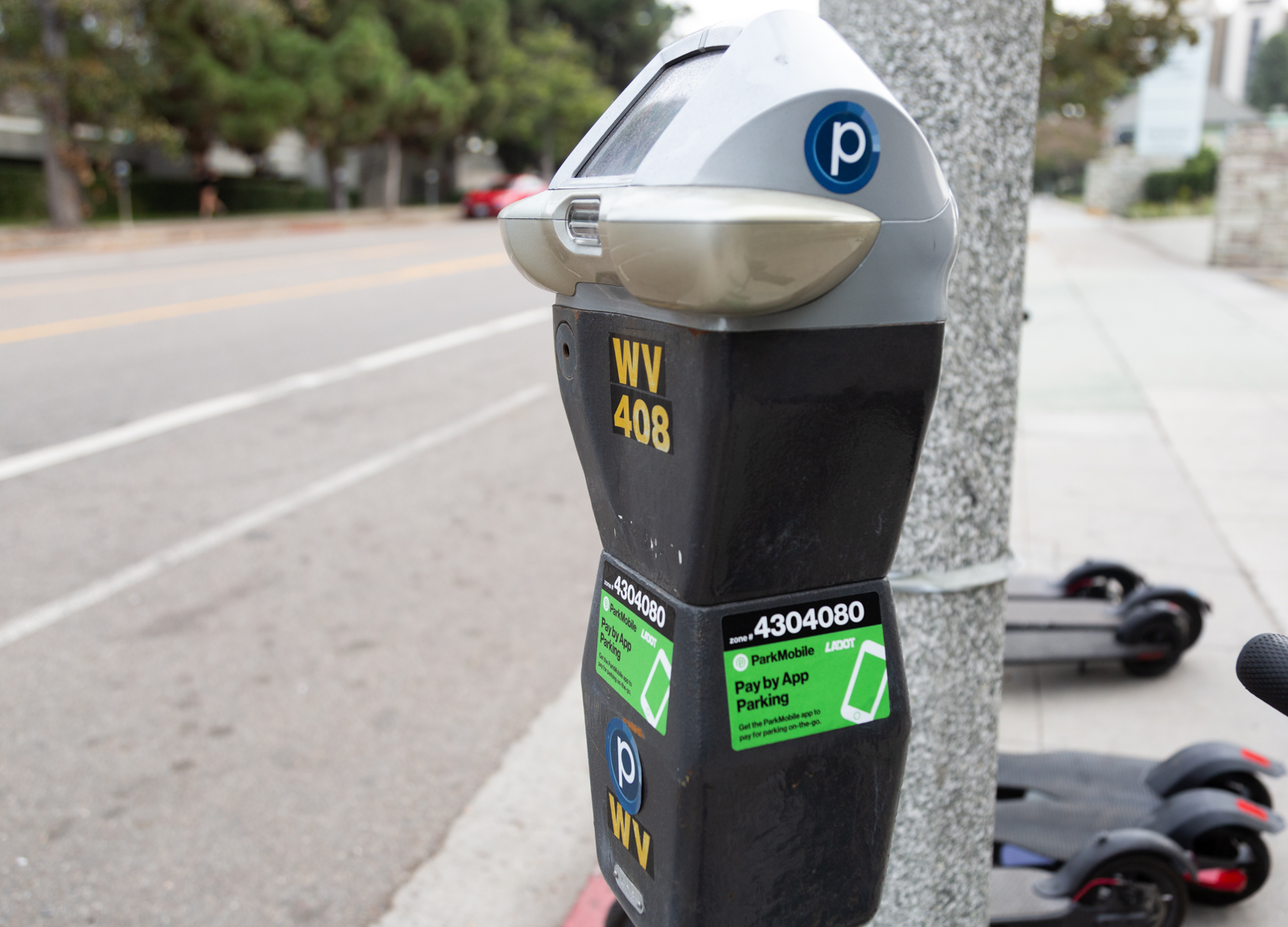 Currently, all parking meter revenue generated by Westwood goes to the City of Los Angeles. If the program is approved, 15 percent of the revenue from parking meters will go back to the Westwood Village Improvement Association to improve the Village. (Amy Dixon/Photo editor)

Westwood Village is in the final stages of gaining approval for a program that will allow the Village to receive part of the revenue generated from its parking meters.

In May, the Los Angeles Department of Transportation selected the Westwood Village Improvement Association, a nonprofit organization tasked with improving the state of the Village, as a candidate to participate in a pilot parking revenue program. The pilot program is scheduled for approval by the Los Angeles City Council’s Budget and Finance Committee on Monday, after which it will need the approval of the full City Council.

Andrew Thomas, executive director of the association, said 15 percent of the revenue from parking meters will go back into the WVIA to improve the Village once the program is approved. Currently, all parking meter revenue generated by Westwood goes to the City of Los Angeles.

Thomas said Westwood generates about $1.5 million in parking meter revenue each year, so this program will give the neighborhood around $225,000 in funds.

He added the funds will go to improving infrastructure and public space in the Village as well as parking access and sidewalks.

“We have an opportunity to do a lot of infrastructure improvement. We also have the opportunity to look into innovative programs to help with parking in our district,” Thomas said. “We could set up a districtwide valet system, for example, which has been something our board members have talked about.”

The funds will be managed by the WVIA along with the LADOT, which sets the parameters and rules on how to use the money, as the money belongs to the city, Thomas said. Although the specific restrictions have not been finalized yet, the funds will have to be used for services related to transportation and parking, he added.

Thomas said asking LA for a portion of its revenue was difficult because it took a long time to gain approval for the program. Thomas added the parking program has been in development for six years.

“There’s never been anything like this before in LA, so creating a program where nothing exists was difficult,” Thomas said. “It takes time to build trust with the city.”

Donald Shoup, an urban planning professor at UCLA, said this program has had success in other cities including San Diego, Houston and Boston.

“Take a look at Pasadena, the place it was first implemented,” Shoup said. “The funds were used by the city to turn what was essentially a skid row into Old Pasadena, one of Southern California’s most popular tourist destinations.”

Shoup added he is positive that Westwood will implement the program for the long run because it has succeeded in other locations.

Ryan Snyder, a member of the North Westwood Neighborhood Council and an urban planning lecturer at UCLA, said he thinks the Village deserves some of the revenue it produces.

“(Westwood Village is) one of the more lucrative parking meter (areas) in the city, so it’d make sense we get some of that revenue,” Snyder said.

Thomas said that, if the program is approved by the Budget and Finance Committee, it will be hopefully be reviewed by the full City Council in a few weeks. 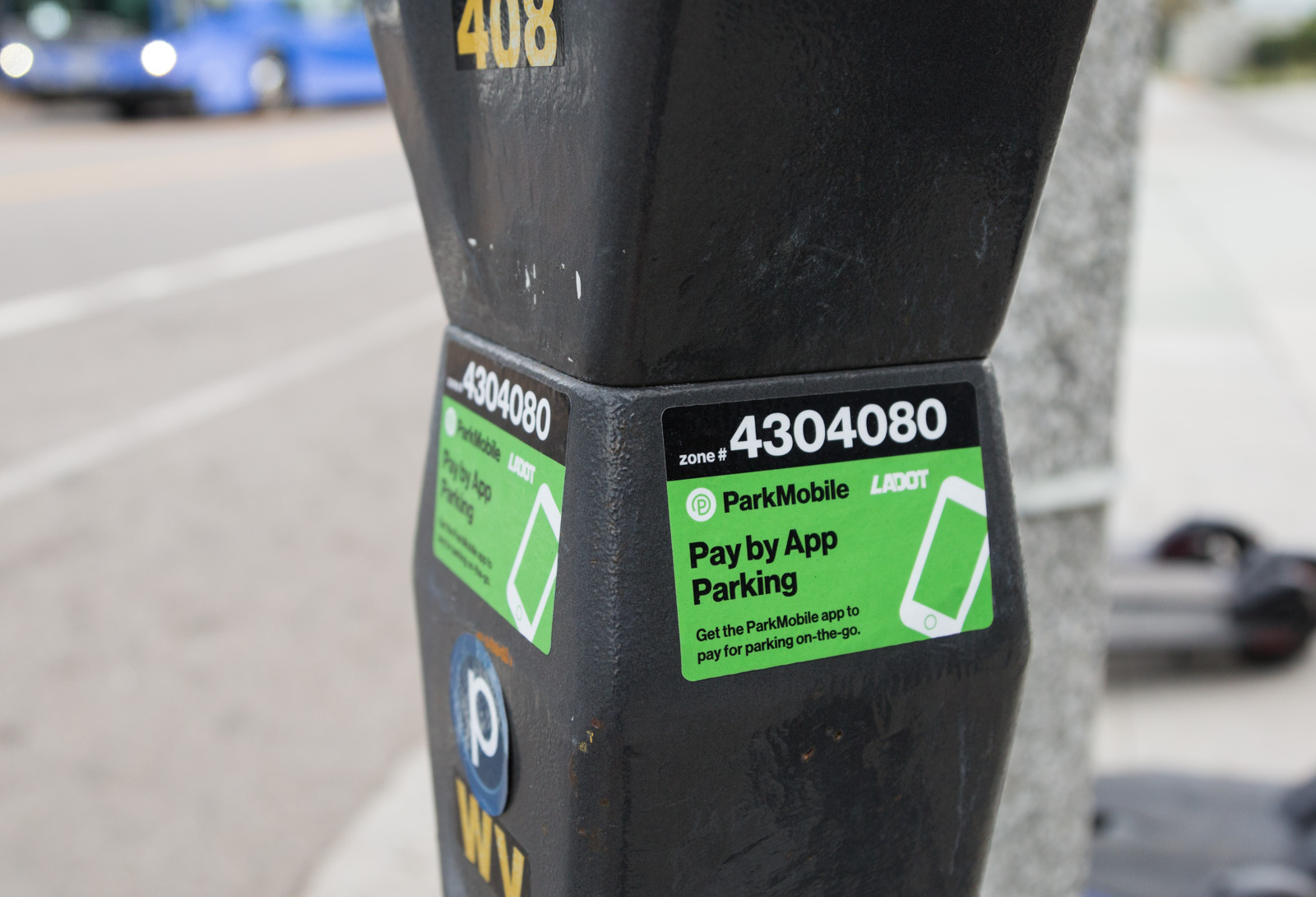