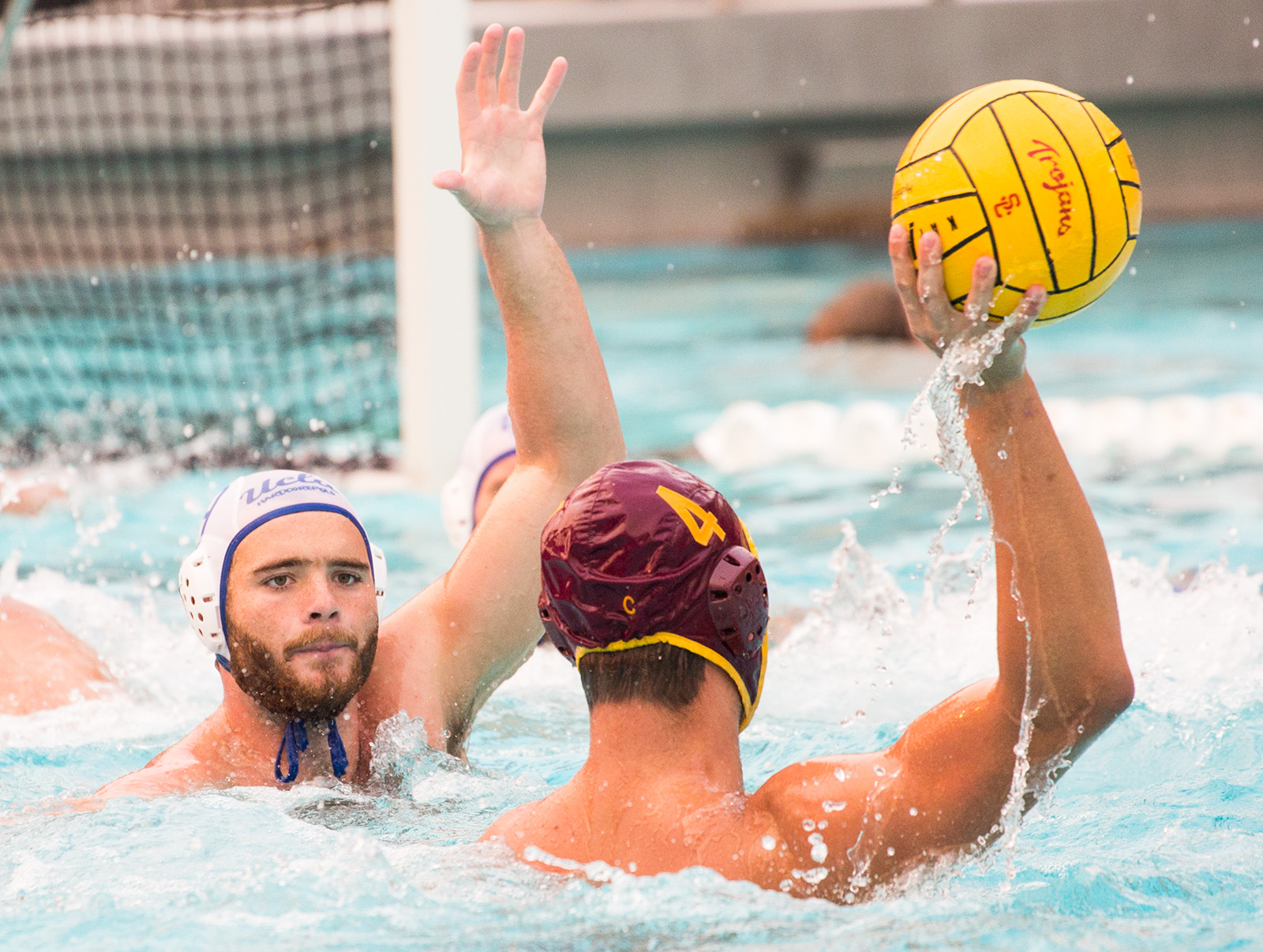 Freshman attacker Ashworth Molthen registered a hat trick in his first NCAA championship game as a Bruin. No. 3 seed UCLA men’s water polo will take on No. 2 seed USC in the semifinals on Saturday. (Alice Naland/Daily Bruin)

Eleven players scored in No. 3 seed UCLA men’s water polo’s 18-6 win over No. 6 seed George Washington (23-7) in the final opening round of the NCAA championship.

The Bruins jumped out to a four-goal lead within the first half of the opening frame. Five Bruins scored in the quarter as UCLA took a 5-2 lead going into the second quarter.

UCLA’s first eight goals were scored by eight different players before freshman attacker Ashworth Molthen netted his second of the game with 20 seconds left in the half.

The Bruins held the Colonials to just one goal in the frame, leading 9-3 at the half.

UCLA continued to pull away in the third period. Senior attacker Austin Rone scored twice and Molthen completed a hat trick. The Bruins carried a 15-3 advantage into the final quarter.

The Bruins’ defense let up in the fourth frame, as the Colonials scored three times in the first half of the quarter. Sophomore attacker Nicolas Saveljic completed his hat trick in the quarter as the Bruins closed out the victory.

UCLA will face No. 2 seed USC (28-3) in the second semifinal Saturday night. The teams are 1-1 against each other this year, both games having been played at USC’s Uytengsu Aquatics Center. 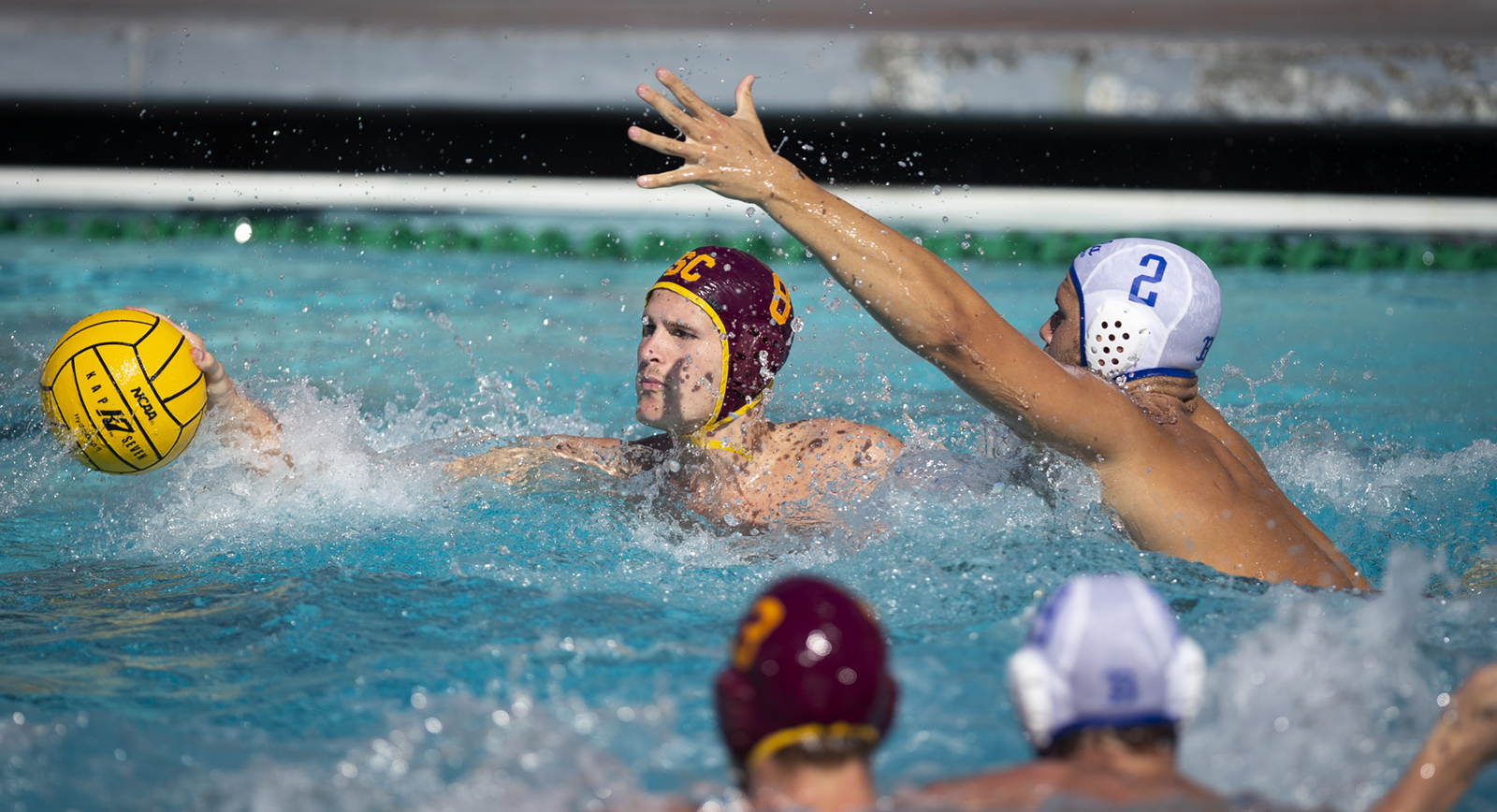 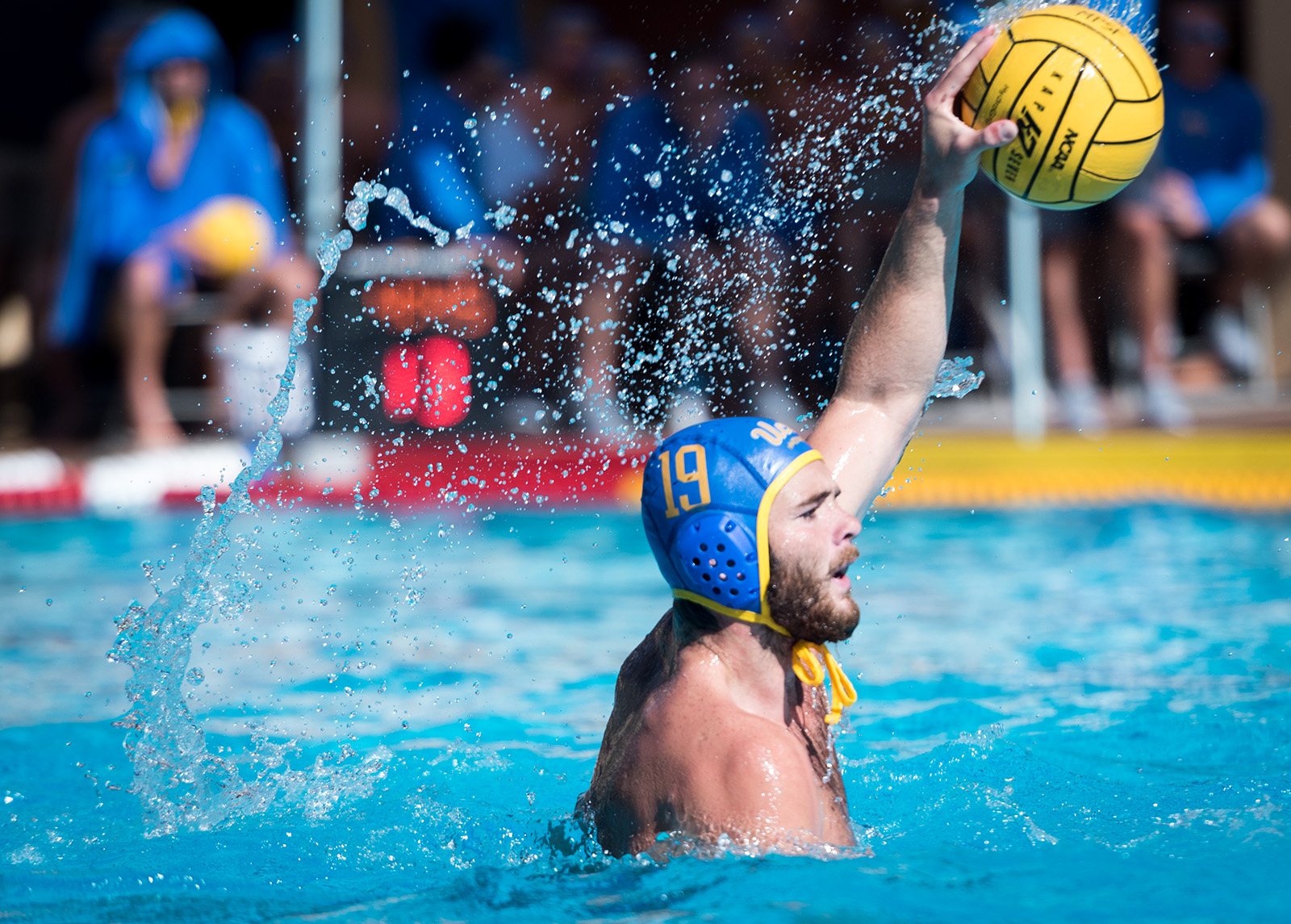