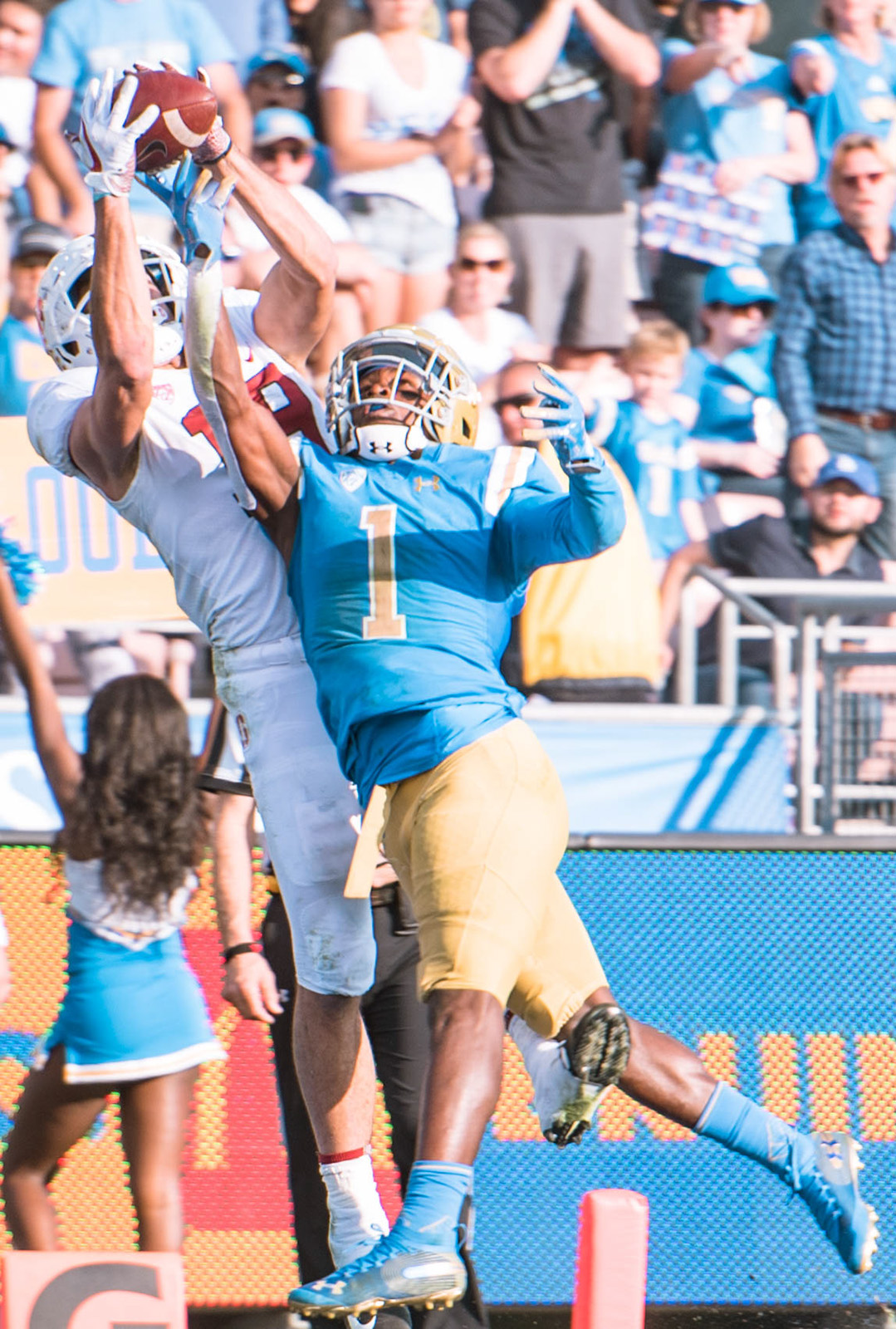 The Bruins’ first season under Chip Kelly is in the books.

UCLA football closed out its 2018 campaign with a 3-9 overall record after an 0-5 start and finished with a conference record of 3-6 – good for fifth place in the Pac-12 South.

Despite the constant ebbs and flows throughout the season, sophomore cornerback Darnay Holmes said that coach Kelly’s impact on the program in year one has the Bruins on the right track.

“Right when (Kelly) walked in, he came in with installing in us a growth mindset,” Holmes said. “There are going to be a lot of ups and downs in life and definitely on the field so as you guys can see, we played our butts off since day one. We came up short several times, but next year, those little setbacks are not going to be setbacks, they’re going to be W’s.”

One player who will not be around next season to experience the next stages of UCLA’s turnaround, however, is graduate transfer quarterback Wilton Speight.

Kelly named Speight the team’s starting quarterback out of fall camp after he transferred from Michigan, where he had spent the previous three years.

Speight – who missed the final nine games of Michigan’s 2017 campaign with a spinal injury – reinjured his back in the Bruins’ season-opener against Cincinnati. He did not return as the permanent quarterback until the second half of UCLA’s Nov. 3 contest at Oregon, but Speight said that he feels as though he has helped create a positive culture in his lone year within the program.

“I do feel that I was able to come in and help kind of guide this ship in the right direction,” Speight said. “Not saying I took a major part in that or anything. But (I) just tried to show up every day and do everything I could to better the program.”

Speight also said that he has noticed a considerable improvement in the team’s growth and attitude since the first few weeks of the season.

Following the Bruins’ five-game skid to open the year in which they were outscored by an average of 18 points per game, they picked up three wins in their last seven contests and were only outscored by a total of 24 points during that span.

Not only did the win mark the end of a three-year losing streak to the Trojans, but Kelly said after the game that it helped the players understand that the work and perseverance they had shown throughout the year was beginning to pay off.

“I think (I’m) more happy for (the team) because we have a process that we go through,” Kelly said. “And I think it validates the process for those guys and they understand what this process is all about.”

With UCLA ineligible for a bowl this season, Kelly will now have time to turn his attention to continuing the rebuild of the program. He did not get a full recruiting cycle in his first season as the head coach, but he already has nine commits ready to go for 2019.