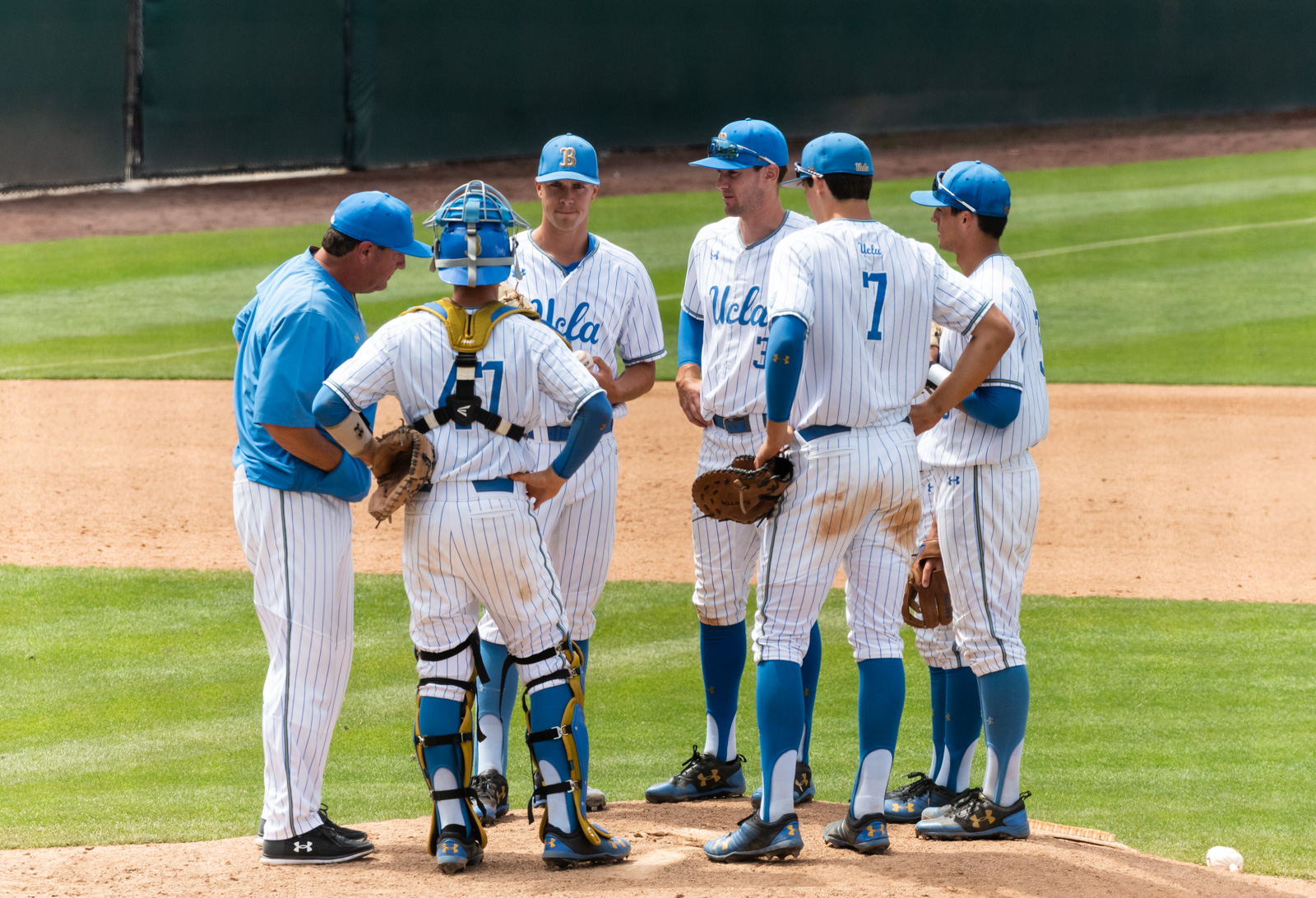 UCLA baseball and coach John Savage have signed nine commits for the 2020 season since the national signing period opened last week. The Bruins’ class is ranked No. 4 in the country, one year after reeling in the No. 6 class. (Grant Mooney/Daily Bruin)

The Bruins have solidified their 2019 recruiting class.

Since the early signing period opened last week, nine players have officially signed their National Letters of Intent with UCLA baseball. The class is ranked No. 4 by Baseball America, and boasts three top-50 ballplayers.

The Bruins’ top signee – and lone out-of-state commit – is outfielder Corbin Carroll. Coach John Savage said the Washington native and No. 5 overall prospect will have a major impact his freshman year. Carroll was the MVP of the 2018 All-American Game and recorded seven home runs, 27 RBIs and 10 stolen bases with a 1.051 on-base plus slugging percentage in his junior year of high school.

Joshua Hahn is both a left-handed pitcher and first baseman, and he is the No. 120-ranked prospect in his class. He was named to the California second team All-State and Savage said he was the best two-way player in California. Hahn is also the top-ranked pitcher in UCLA’s recruiting class.

The next highest ranked pitcher for the Bruins is right-hander Evan Fitterer. The Aliso Viejo, California, native is the No. 125 prospect in the country and is a top-50 right-handed pitcher.

Right-hander Jared Karros is the son of former UCLA first baseman Eric Karros and is also the No. 184 recruit in the nation.

Left-handed pitcher Jake Saum, infielder Michael Curialle, right-handed pitcher Adrian Chaidez and No. 8 outfielder Emanuel Dean round off Savage’s recruiting class. Chaidez will be transferring from Cypress College, where he logged a 4.01 ERA and 9.12 strikeouts per nine innings last season.

The nine players will be eligible to join UCLA in the 2020 season.

UCLA’s current incoming freshman class was ranked No. 6 in the country and best among Pac-12 programs. The No. 1 player in the class of 2018, freshman infielder Matt McLain, chose to honor his signing with UCLA over signing with the Arizona Diamondbacks following the 2018 MLB Draft.