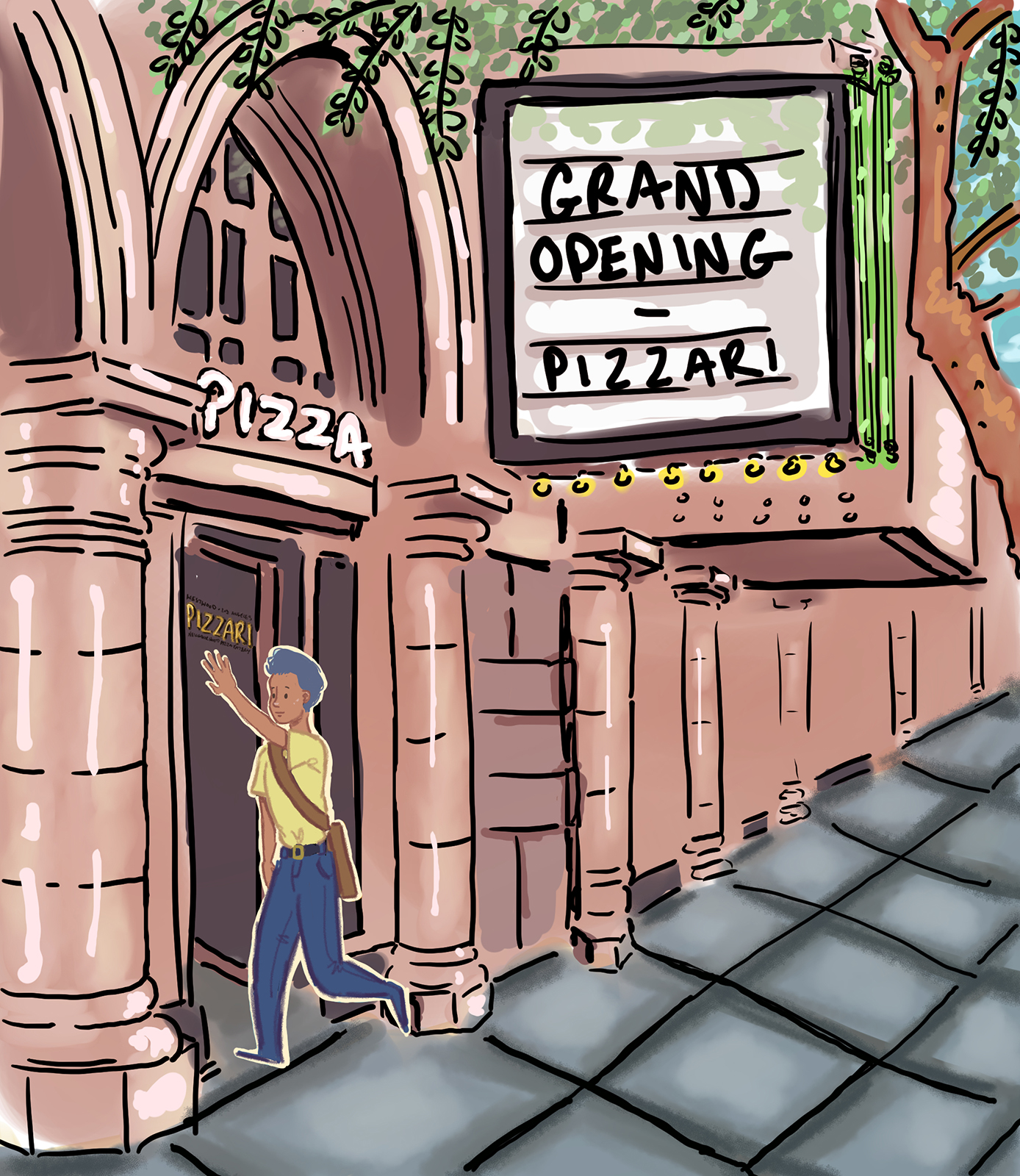 A new pizza restaurant will open in Westwood, replacing the original location of 800 Degrees Woodfired Kitchen.

Pizzari, a new Neapolitan pizza restaurant, is expected to open in January on Lindbrook Avenue, where 800 Degrees closed in October after six years in business. Alessandro Iacobelli, the owner of the new restaurant, said he saw 800 Degrees closing as an opportunity for him to move in and contribute more to Westwood.

Pizzari will join more than a dozen other pizza restaurants in Westwood, including Lamonica’s NY Pizza, Enzo’s Pizzeria and Italian Express. Iacobelli said while many restaurants serve pizza, his restaurant’s menu will offer a healthier option.

“Everybody does pizza. But not everyone does organic, healthy pizza,” Iacobelli said. “And that’s what I do.”

He added Pizzari will serve pizzas with its own specially made whole-wheat dough recipe, which he says is less refined and more nutritional than the standard white dough used in most pizzas.

“It’s a better product overall, it’s a better approach to pizza. It’s healthier, it’s better,” Iacobelli said. “We’re going to serve original pizza, like how it is served in Rome and Naples.”

Iacobelli said he has opened three Italian restaurants in San Francisco before moving to Los Angeles, but Pizzari – which references an Italian slang word for someone who makes pizza – will be the first venture of his to focus on pizza completely. Iacobelli grew up in Rome and later moved to San Francisco, where he operated restaurants for over 20 years.

Iacobelli decided to open his restaurant in Westwood and move to Los Angeles because of the community and weather in the area.

“You always feel like there is a little life that goes around in the neighborhood, which I love,” he said. “It reminds me of Italy.”

Iacobelli said he attended the Westwood Village Improvement Association’s annual meeting earlier this month, and was excited to hear about the events and projects the association had planned for next year because of its community involvement.

“It’s a fantastic neighborhood, I’m so excited to be here,” Iacobelli said. “Everywhere I went in San Francisco they never had an entity that follows the direction of your neighborhood so well.”

Iacobelli said he was previously not aware of other community organizations like the North Westwood Neighborhood Council, but added he plans to attend the council’s second meeting next month.

Some members of the community said they would miss 800 Degrees, which was a prominent business in the Village since it opened in 2012.

Becca Burke, a manager at Peet’s Coffee, said she was upset to hear 800 Degrees closed its Westwood location, but did not know much about the new restaurant because she has not met the owner yet.

“We were very disappointed that 800 Degrees was gone, and we were surprised that they left so suddenly, and we miss our neighbors,” Burke said.

However, others were excited to welcome a new business and wanted to see the Village combat its growing amount of vacancies.

“I am looking forward for anyone to come into the neighborhood,” Clinco said. “I’m a big believer in (that) we will all do better if all the restaurants are opened and filled.”