International students get involved in the American traditions of Thanksgiving 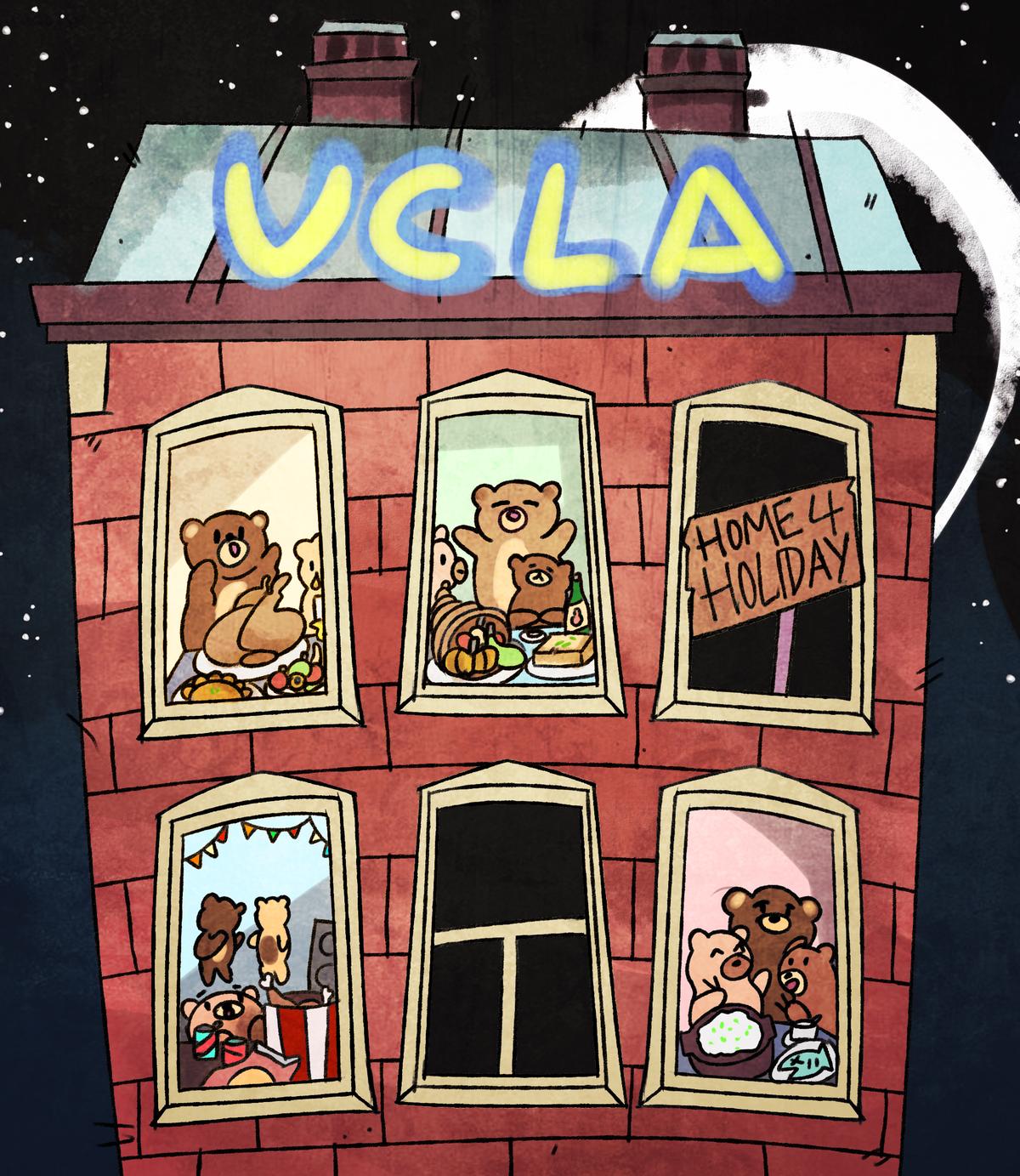 “For people living in dorms there is no kitchen,” he said. “Even if they’re living in apartments they’re usually living with international students so they don’t know how to participate in Thanksgiving.”

Yabe said that international students struggle to connect with American traditions. He said he thinks they are often isolated within the comfort zone of their own international community.

Yabe said he thinks the best way for international students to learn about Thanksgiving is through host families who try to introduce these traditions.

Elaine Pham, a first-year human biology and society student, and Sarah Bui, a first-year molecular, cell, and developmental biology student, travel home to Orange County for Thanksgiving and spend the holiday in the same way as most of their noninternational peers.

Natsuki Hishinuma, a second-year pre-business economics student and external vice president of JSA, said that instead of the traditional celebration, she likes to spend Thanksgiving day exploring LA with her international friends.

“I have a lot of international friends here and they all want to get together on Thursday to go to Six Flags because a lot of people are going to be staying home so it’s not gonna be too crowded,” she said. “We’re probably going to go out to Korean barbecue in Koreatown for dinner after.”

Hishinuma stayed with a host family for four years while completing high school in Torrance, California, and said that prior to living in America, she had never heard of Thanksgiving.

“A lot of people in Asia don’t even eat turkey,” she said. “Even when I came here, my Japanese-American host family and I would have Thanksgiving with other Japanese people and we wouldn’t even eat turkey, we’d make chicken instead.”

Hishinuma said she thinks many Japanese students are unfamiliar with American Thanksgiving traditions because not many holidays in Japan share the same emphasis on family.

“I think it’s a very American holiday. I don’t think there’s any holiday like that in Japan where families get together,” she said. “A lot of Asian holidays are focused on couples rather than family, which I think is kind of sad – even Christmas has become a thing to celebrate with significant others, not family.”

“It would be nice for UCLA to coordinate with local families to open their kitchen up and see what a Thanksgiving get-together is like in the U.S. and that would not only facilitate cultural exchange but is a nice way to get together with new people,” he said.