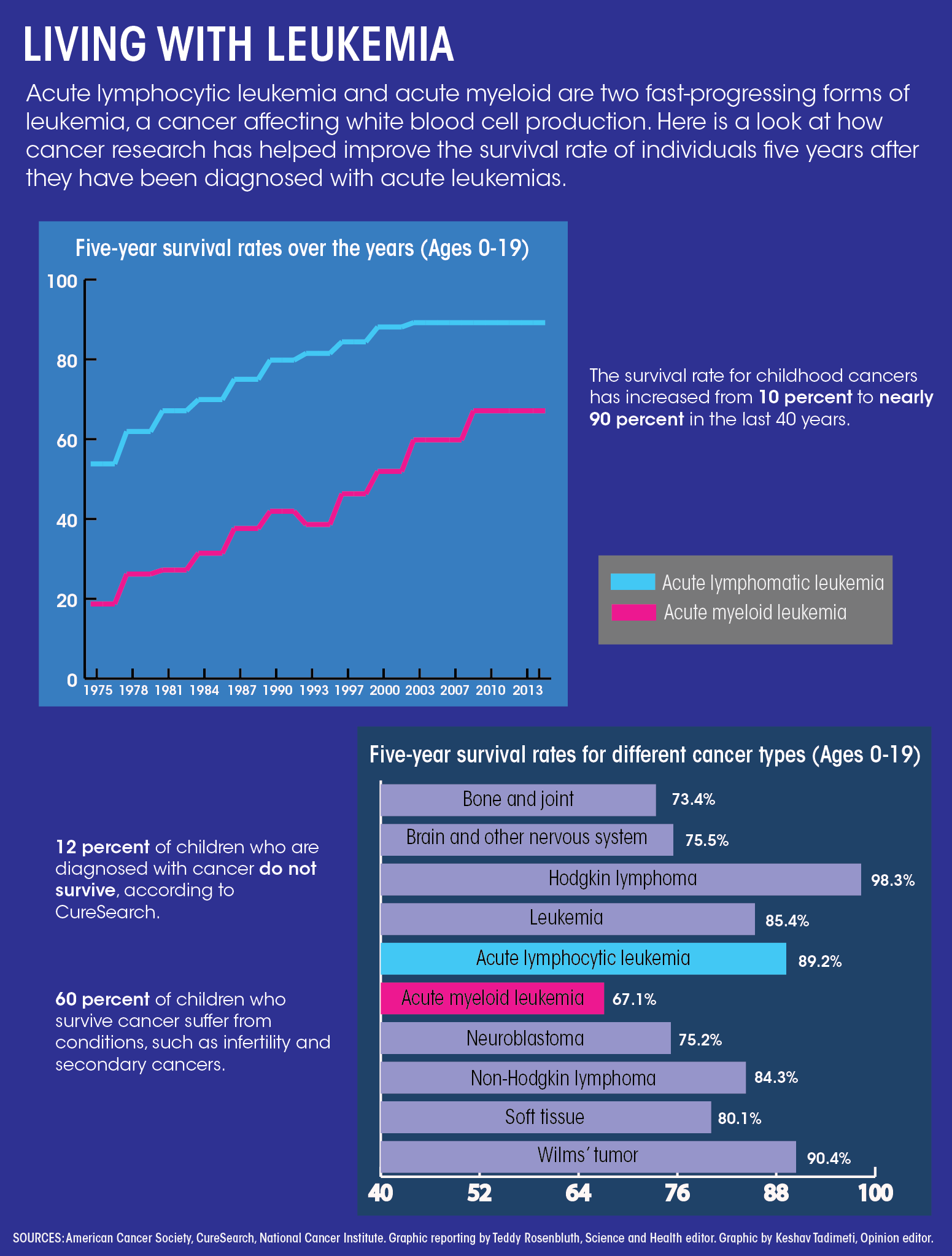 Steven Mittelman, chief of pediatric endocrinology at the UCLA Mattel Children’s Hospital and his lab found that among mice with acute lymphoblastic leukemia undergoing chemotherapy, obese mice on a low-fat diet had higher survival rates than both obese mice not put on a diet and nonobese mice. These findings were published this month in the journal Cancer & Metabolism.

ALL is the most common cancer in children. Its cure rate in children has increased from 60 percent to over 90 percent in the past few years, said Jonathan Tucci, the main author of the study and an M.D./Ph.D. student from the Keck School of Medicine at USC.

“We wanted to see if there’s something we could do after the fact to try to reverse the effect of obesity,” Mittelman said. “The obvious question is, what if we put these obese kids on a diet?”

Researchers have known obesity increases the likelihood of negative outcomes in cancer patients for years, Mittelman said, but the reason for this effect was not known.

“It’s hard to design experiments in a cell dish that simulate things like obesity and dieting because those things are complicated,” Mittelman said.

However, Mittelman said he thinks finding the mechanism behind this effect is important for designing treatments to target the mechanism specifically. Because the mice on the low-fat diet responded better to treatment than the control mice, he said he thinks the shift in metabolism caused by dieting might be important.

Click here to view a high-quality version of the graphic.

In addition to experiments on mice, the team also used ALL cell cultures to examine potential mechanisms. To simulate the effects of a diet, they deprived cells of growth factors, such as hormones or proteins, then individually administered the three chemotherapy drugs they had originally used together on the mice: vincristine, L-asparaginase and dexamethasone.

The cells became more sensitive to only one of the treatments. Because of this finding, researchers think the diet may only affect responsiveness to that drug, though they still do not know exactly how, Tucci said.

Hilary Coller, an associate professor of biological chemistry and molecular, cell and developmental biology, said she thinks this research is unique because it tests the effect of caloric restriction on ALL chemotherapy. She said she thinks this study further refined researchers’ understanding of why diet affects chemotherapy and could prompt more research in this area.

Their findings are being applied to clinical research as well.

Mittelman’s lab has been collaborating with Etan Orgel, an associate professor of clinical pediatrics at the Keck School of Medicine. Orgel is conducting a clinical trial at Children’s Hospital Los Angeles focused on obesity intervention for children with ALL during the first month of chemotherapy.

In the clinical trial, children with ALL are put on a diet and exercise regimen, and receive personal guidance from dietitians and physical therapists, Mittelman said. Many children are bedridden during this time, Tucci said, so working with these specialists could have a big impact on preventing weight gain.

Orgel said a clinical trial is necessary because many factors can be controlled in the laboratory environment, but findings do not always translate into the real world, where individual differences and environmental factors can come into play. If the clinical trials at Children’s Hospital LA are successful, the researchers hope to bring clinical trials to more hospitals.

The families involved with the trials have given positive feedback about the comfort and sense of control that diet and exercise gave them.

Orgel said others in their field thought the beginning of chemotherapy might be too intense of a time for patients and their families to follow obesity intervention. A successful trial would mean that an intervention is feasible at this period in chemotherapy.