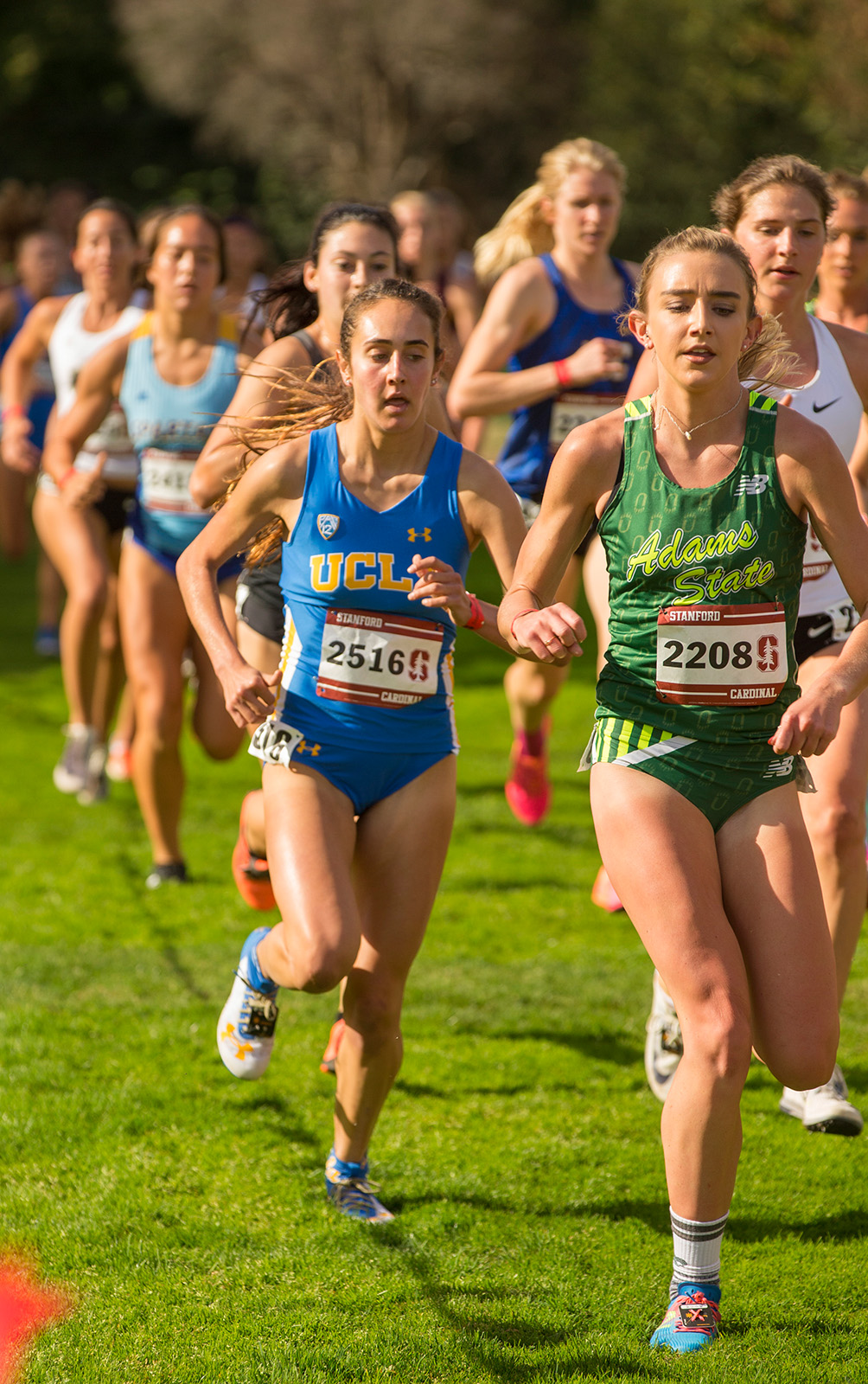 Sophomore Erika Adler was the only Bruin to race in the NCAA championships Saturday in Madison, Wisconsin. She placed 136th, finishing the 6K in 21 minutes, 22.5 seconds. (Photo courtesy of UCLA Athletics)

Competing in sub-30-degree weather in Madison, Wisconsin, the sophomore rubbed shoulders with the nation’s best en route to a time of 21 minutes, 22.5 seconds in the 6K – good for a 136th-place finish in a field of 253 runners.

“We tried to cover up in layers to keep my legs flexible and warm in that weather,” Adler said. “I think the reason why I didn’t accomplish what I wanted to was because my start was poor, the conditions were new to me and (my legs) weren’t as fresh as I thought.”

While Adler was critical of her performance at the weekend’s meet, assistant coach Devin Elizondo said Adler had a great performance in her first collegiate national championship.

“We’re super excited to have (Adler) represent our group,” Elizondo said. “I thought she did a great job; she’s very driven and we’ve been talking about making that event a yearly thing.”

Adler said running alone after having the support of her teammates all season was challenging.

“It was a little lonely the last four days I was up there,” Adler said. “With the way that I run, I usually try to focus on my three goals for what I want to accomplish in each race; I have a job of what I need to get done to help our team.”

Adler paced the Bruins in every race she competed this season. Her season’s highlights came at the Pac-12 championships, at which she earned second-team All-Pac-12 honors with a 13th-place finish, and at the NCAA West regionals, where she was named to the All-Region team with a 14th-place finish.

Though the men’s and women’s teams failed to qualify for the NCAA championships for the first time since 2013, both teams are only graduating a few runners.

“We’re really excited for next year – we’re only losing one girl,” Adler said. “We know we have a couple of good runners coming in. Our freshmen this year have improved a lot too, and I know that our team is very capable of going to nationals next year.”

Elizondo echoed Adler’s sentiment and said the two of them discussed what the end of future seasons could look like on the flight back to Los Angeles.

“(Adler and I) were celebrating the football win on the way back on the plane,” Elizondo said. “We jokingly said, ‘I hope we’re never in town for the USC football game again,’ because it will always be the same weekend as our national championship.”