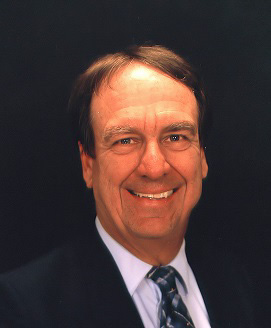 James Enstrom, a former UCLA professor who claims he was wrongly terminated because of his controversial position on certain air pollutants, was nominated to the Science Advisory Board. (Daily Bruin file photo)

By Matisse Senkfor and Phoebe Miller

The U.S. Environmental Protection Agency nominated a former UCLA professor as a candidate for its Science Advisory Board. He claims he was wrongfully terminated because of his controversial position on certain air pollutants.

The EPA announced the 174 candidates for the board Oct. 16. James Enstrom is a retired professor in the School of Public Health and the president of the Scientific Integrity Institute, which he founded in 2005. Its goal is to reanalyze data and common scientific beliefs on issues of public health; for example, those related to mortality from fine particulate air pollution and environmental tobacco smoke.

According to an article by Science Magazine published earlier this month, at least five of the other Science Advisory Board nominees are associated with minority scientific opinions, such as a disbelief in man-made climate change.

Enstrom said he is in favor of rolling back air pollution regulation, which he said is an unpopular view within the scientific community in California and nationwide.

During his time at UCLA, Enstrom found there is not a significant link between fine particulate air pollution and premature deaths in California, challenging previous evidence used in the creation of the National Ambient Air Quality Standards.

Enstrom said he thinks the EPA should reassess how it regulates certain particulate air pollutants.

“The whole process has been manipulated in a nonscientific way to result in regulations that many of us feel are unjustified,” Enstrom said.

He also said the type of air pollution the EPA is trying to regulate is a problem in other countries such as China and India, but not in the United States.

President Donald Trump’s administration has a different approach to environmental issues, Enstrom said, adding he thinks this has opened the door to more diverse viewpoints that are skeptical of current environmental regulations.

Beate Ritz, a professor of epidemiology at UCLA who has previously served on the EPA Clean Air Scientific Advisory Committee, said while there is always a range of opinions in science, policy should be based on the majority opinion on an issue. She added she thinks public health protections can be precautionary, even when the evidence is not completely indisputable.

Ritz also said while she doesn’t think appointing scientists with minority opinions to the Science Advisory Board would reverse environmental policies, she thinks it could prevent the passing of new legislation that would protect the environment.

“There’s still a barrier to changing rules and creating new rules, a lot of slowing down,” Ritz said. “Maybe not reversing yet, but legislation is not moving forward.”

Ritz said she is also concerned that some of the EPA nominees are associated with industries or with organizations that downplay the importance of climate change. While she admits not all industry experts have a conflict of interest, she said these nominees could give the companies they work for for too much freedom to regulate themselves.

“Everybody has beliefs and biases, but as a scientist I try to not use these biases to look at data,” she said.

Ochan Otim, a professor of chemistry at UCLA Extension who is employed by the City of Los Angeles as a senior chemist for the Environmental Monitoring Division, was also among the nominees. His research focuses on organic contaminants in the ocean and air, including industrial waste.

He was nominated based on his activity as a board-certified environmental scientist from the American Academy of Environmental Engineers and Scientists, Otim said.

If appointed, he said his focus would be on toxicology in the environment, such as how carcinogens are deposited and accumulated, and performing risk assessment.

“Our job is to be totally independent of the bureaucracy of the EPA and the federal government,” Otim said. “We are not to be influenced in any way – anyone has to disclose any conflict of interest; I have to be as honest as possible, I have to protect the public, I see my role as very, very important.”