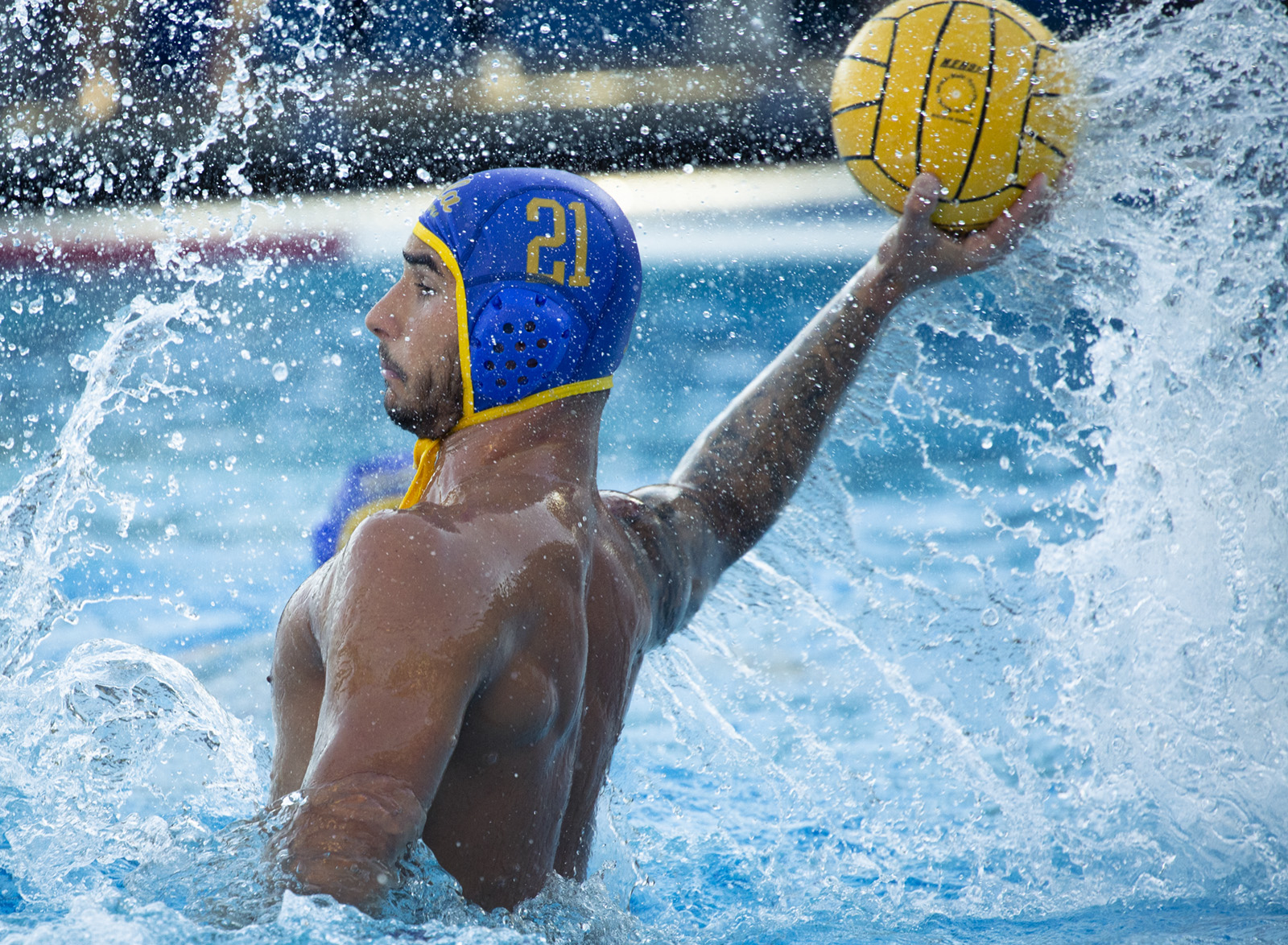 Nicolas Saveljic was named MPSF/KAP7 Player of the Week for the first time in his career after leading the Bruins to an undefeated home record Saturday.

In the Cardinal’s second loss of the season, Saveljic netted two 5-meters, skipped one in the front court and lobbed a high-arching shot over Stanford’s goalie as the buzzer sounded to secure UCLA’s victory.

The second team All-American also registered one assist and drew one exclusion in the victory. Saveljic started 23 out of 24 games last season and has started all 22 in the Bruins’ season thus far.

Saveljic currently leads UCLA in scoring at 38 goals on the season. The attacker – who found the back of the net 45 times during the 2017-2018 season – was the top scorer as a freshman last year.

The attacker from Montenegro was named MPSF/KAP7 Newcomer of the Week twice last season, becoming the first-ever player in MPSF history to do so in back-to-back weeks.

The Bruins are back up to No. 2 in the rankings and will face No. 1 USC on Saturday for the annual Crosstown Splashdown.

Johnson Jordan was inducted into the California Beach Volleyball Association Hall of Fame on Saturday – about a month after becoming a member of the UCLA Athletic Hall of Fame.

Johnson Jordan is in her sixth season as a coach for the Bruins and helped lead the team to its first NCAA championship in 2018. She played with the UCLA women’s volleyball team from 1991 to 1995 and won a title of her own in 1991.

During her career as a Bruin, Johnson Jordan recorded 1,212 kills and 1,214 digs, ranking eighth in UCLA history in digs and 21st in kills.

Johnson Jordan was one of three athletes to be inducted into the CBVA Hall of Fame in 2018, joining retired professional volleyball players Michael Lambert and Sean Scott. To be inducted, the players had to have competed at a high level, participated in California volleyball events and devoted a long time period to the sport.

Johnson Jordan will begin another beach volleyball season in Westwood in February.

The Bruins collected a number of honors after the conclusion of the regular season.

McCullough has claimed Pac-12 Defensive Player of the Week three times in her career, and Wednesday’s honor marked her second win this season. She has started every game so far this season, recording 1511 total minutes and nine clean sheets.

Freshman midfielder Maricarmen Reyes and redshirt freshman goalkeeper Lauren Brzykcy were named to the All-Freshman team after their performances this season.

Karina Rodriguez has played a team-high 1615 minutes for UCLA and Sheehan has played in all but one match this season, scoring four goals and logging three assists.