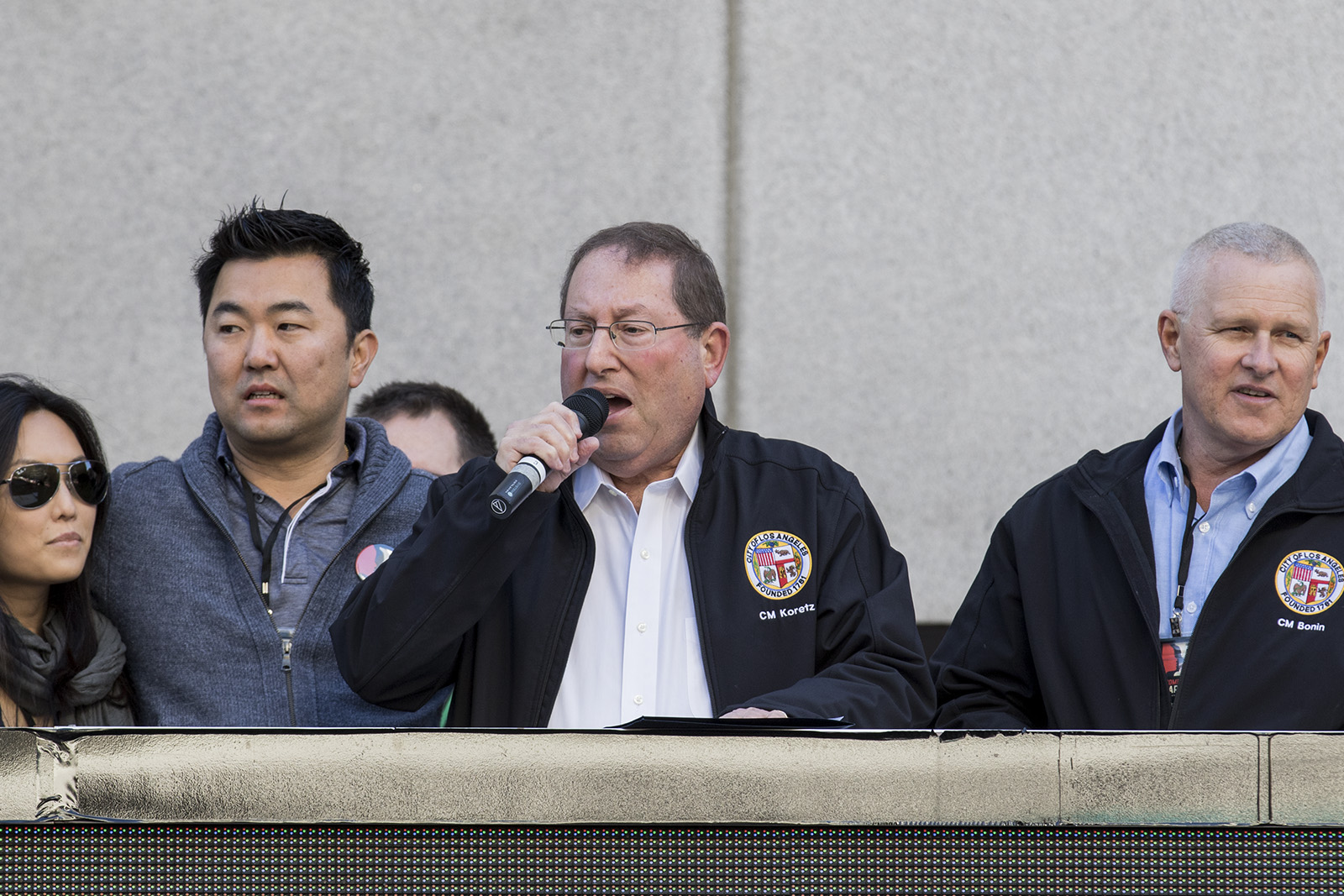 Correction: The original version of the photo accompanying this article incorrectly depicted the NWWNC. In fact, the photo depicts Paul Koretz.

City Councilman Paul Koretz introduced the resolution in opposition to the upcoming National Students for Justice in Palestine Conference being held at UCLA from Nov. 16 through 18, stating SJP promotes anti-Semitic views.

Koretz said SJP members have posted violent and anti-Semitic rhetoric on social media. Justin Feldman, a third-year Middle Eastern studies and political science student, told the University of California Board of Regents on Sept. 27 that some of SJP’s speakers are convicted terrorists. Feldman specifically cited Rasmea Odeh, who was convicted for the murder of two Israelis.

The SJP conference has not released its list of speakers.

The resolution also stated the council’s disapproval that SJP would exclude students not affiliated with the group from attending the event, though it is being held at a public university. The council argues in the resolution this exclusion would violate anti-discrimination clauses of the Civil Rights Act.

However, SJP is privately funding the event and is therefore not mandated to open the event to the public.

Koretz also sent a letter to UCLA Chancellor Gene Block asking UCLA to shut down the event, citing an incident in May in which SJP members disrupted an event hosted by Students Supporting Israel.

On Oct. 31, UCLA Administrative Vice Chancellor Michael Beck sent a cease-and-desist letter to SJP for allegedly infringing on the university’s trademarks. SJP’s event logo depicted a bear playing with a kite along with the name “UCLA.”