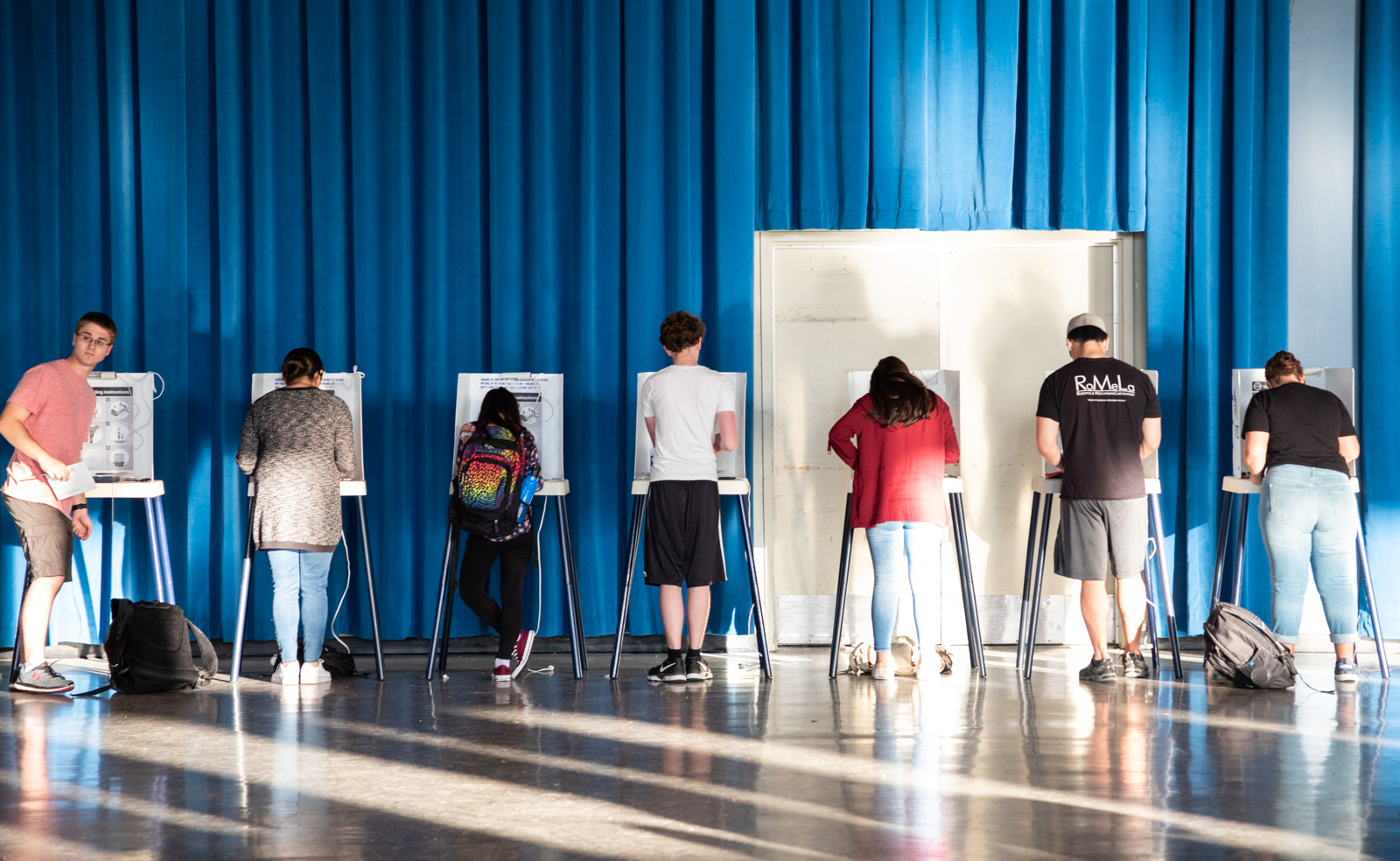 By Megana Sekar and Anirudh Keni

Democrats won control of the House of Representatives by a wide margin while the Republican Party maintained control and added seats in the Senate. The split Congress will be sworn in January.

Southern California had five competitive House districts, currently held by Republican candidates, that are labeled “toss-ups” by the Cook Political Report, a nonpartisan organization that analyzes elections and campaigns. A sixth district, which has frequently been held by Republican candidates, was labeled as likely Democrat by the report for this election, meaning the race for this district is considered competitive but the Democrats have an advantage.

Only one of these six races has been conceded by a candidate or called by the Associated Press as of midnight.

The 49th congressional district was won by Democrat Mike Levin. The district covers the San Diego County communities Encinitas, Oceanside, Carlsbad and a small part of southern Orange County. Republican Darrell Issa previously held the seat, but announced he would be retiring earlier this year. Levin said that Issa called to congratulate him on his win.

The 25th Congressional District, which covers parts Ventura and LA County from Lancaster to Simi Valley, was won by Democrat Katie Hill. She ran against Republican Steve Knight, the incumbent since 2015. Hill was seen as a favorite among young voters because she herself is just 31 and part of the LGBTQ community. The 25th district was the last Republican stronghold in Los Angeles County.

The 48th, 39th and 45th Congressional districts were still undecided due to provisional and mail-in ballots.

The House of Representatives will not only change by party control, but also by demographics. Ilhan Omar of Minnesota and Rashida Tlaib of Michigan are the first Muslim women in the House, Sharice Davids of Kansas and Deb Haaland of New Mexico will become the first Native American women in Congress, and Alexandria Ocasio-Cortez of New York is now the youngest woman elected to Congress.

Women have never held more than 20 percent of congressional seats – or 84 seats in the 435-person house. However, even before California’s results came in, 90 seats had been won by women.

Eric Garcetti, the mayor of Los Angeles, said election day brought him to UCLA to inspire young voters to take more initiative and hold the executive branch accountable for its actions. He said housing affordability and climate change were the greatest problems faced by California and said the biggest priority should be getting rid of corruption in Washington.

“Everything happening today is to our young people, including environmental degradation, huge education debts and often homelessness. Even if (President Donald) Trump’s not on the ballot, we have a Republican Congress, and this election can act as a check and balance for an unconcerned Washington on important issues like immigration and climate control,” he said.

In statewide politics, Gavin Newsom won the governor’s race by a landslide margin of over 10 percent despite intervention by Trump on behalf of Newsom’s Republican opponent.

Dianne Feinstein won her fifth term in the Senate, though she was challenged from the left by state Sen. Kevin de León.

Proposition 10 did not pass. The measure would have repealed the Costa-Hawkins Act, a law passed in 1995 that prohibits cities from passing rent-control measures on properties built after February 1995. Voting yes would have given local governments the ability to implement rent control on single-family homes, while the no decision keeps the act in place.

Proposition 6, which was controversial and mainly supported by California Republicans, failed. It would have repealed the state’s gas tax increase.

Proposition 7, which allows the state legislature to change or repeal daylight saving time, was passed.

Proposition 12 was passed. It will establish new standards for animal care and treatment on farms and ban the sale of noncompliant products.

The remaining propositions were too close to call as of 11 p.m.

Jaquelin Tafolla, a second-year Chicana/o studies student, said she comes from a family of immigrants and voted in the election because she thinks the current national political climate is restrictive toward people of color.

“It’s important for us to vote for candidates who are aligned with the dreams of the undocumented community,” she said. “California is facing a lot of problems for immigration and border security, and voting is my way of putting myself out there.”

Michelle Fausto, a second-year political science student, said she doesn’t want to fall under the nonvoting segment of the population and hopes her voice, and those of others like her, will be represented in the government.

“Some people who are undocumented, unfortunately, cannot vote, but if you had the power to make the change for this country, why wouldn’t you vote?” she said.

“It’s your future, and this is an opportunity for people who want to see better changes for America to send a message that will reach across to Congress,” he said. “The power comes from the people to Washington, not the other way around, always has.”