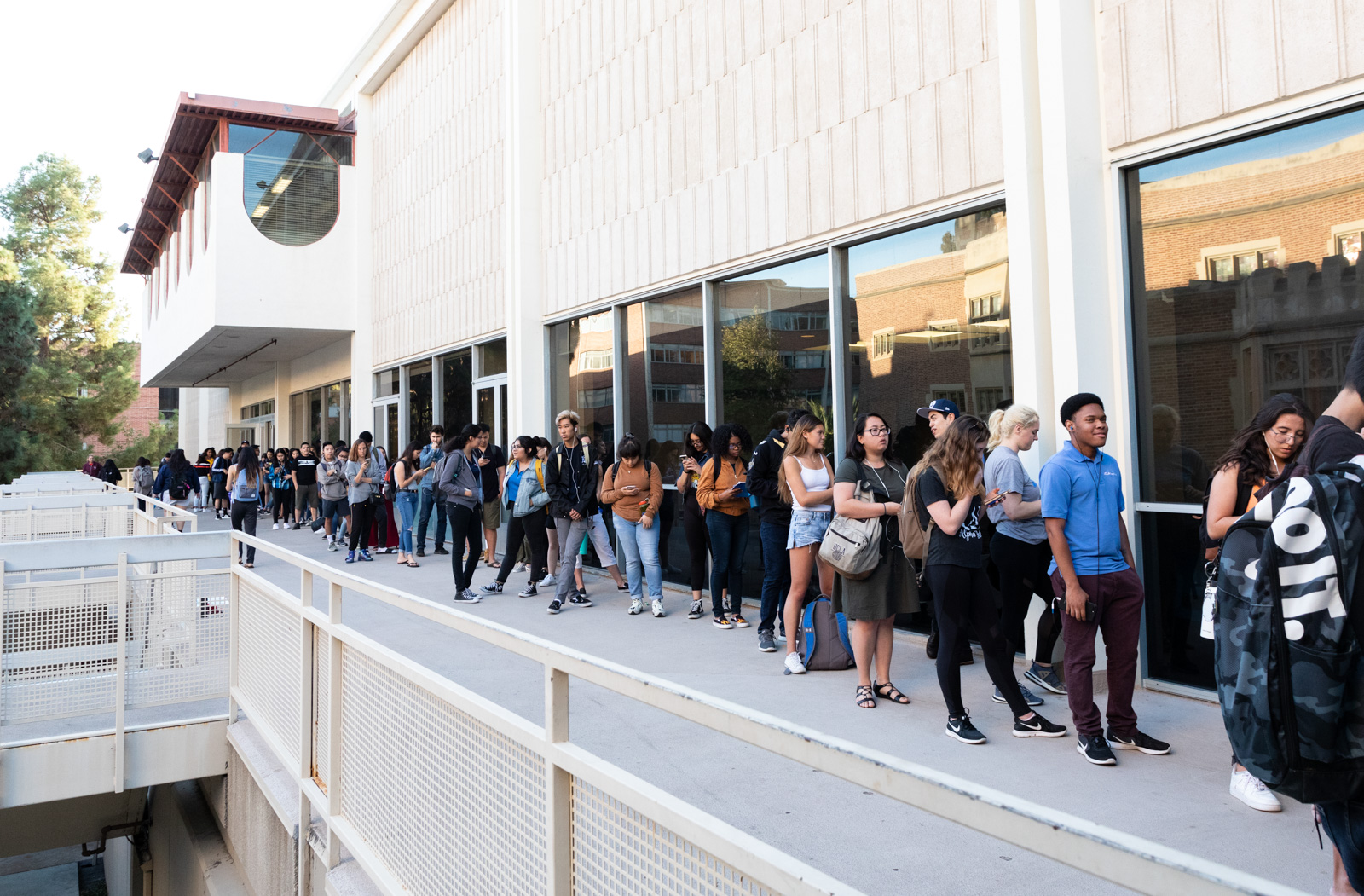 Several students said a single polling place caused a long line that made voting more difficult than it should have been. (Liz Ketcham/Assistant Photo editor)

Students said they nearly gave up on voting in Tuesday’s election due to long lines.

Students waited as long as two hours to vote in the U.S. midterm election at Ackerman Grand Ballroom, the only polling place on campus. This is the first time in recent years that UCLA has only designated one central polling location for a general election.

Kaylyn Canlione, a public policy graduate student, said in her home state of Oregon everyone votes by mail. She added she does not think a single polling place meets the needs of a large campus like UCLA.

“For such a big university that’s kind of like a mini city, you’d think there’d be more available polling places,” Canlione said.

Keri Scholte, a third-year civil engineering student, said she came to vote after a day of midterms and work.

“The line is kind of rough,” Scholte said. “I definitely wouldn’t have been able to make it if they hadn’t let us out early out of work.”

Angielou Brutas, a fourth-year geography and sociology student, said she thought it might be faster to go to a different precinct to vote. She added she decided against it because she would not arrive before polls closed.

Several students said they had to leave the line and return later, and noticed other students leaving the line.

Arleen Hernandez, a fourth-year sociology student, said she left the line earlier in the day because she needed to go to class before returning later in the afternoon.

“I was already not kind of wanting to come back to vote,” Hernandez said. “I think it’d be better to have multiple (polling places) on campus.

Tara Foroughi, a third-year sociology student, said she seriously considered turning around despite her heavy involvement in politics.

“Every student’s busy, but we all want to make a difference,” Foroughi said. “It’s just hard because we don’t have the time to do it because we still have classes and everything.”

Jacquline Alvarado, a first-year undeclared student, said she noticed roughly 20 people who saw the line and immediately turned to leave.

“Yeah, I was debating if I wanted to wait in this line,” she said.

Foluke Oduntan, a first-time voter and second-year psychology student, said she was upset by the lack of polling places on campus, but felt committed to voting.

“Of course I’m going to value voting more after this,” Foluke said. “So let’s just do this.”