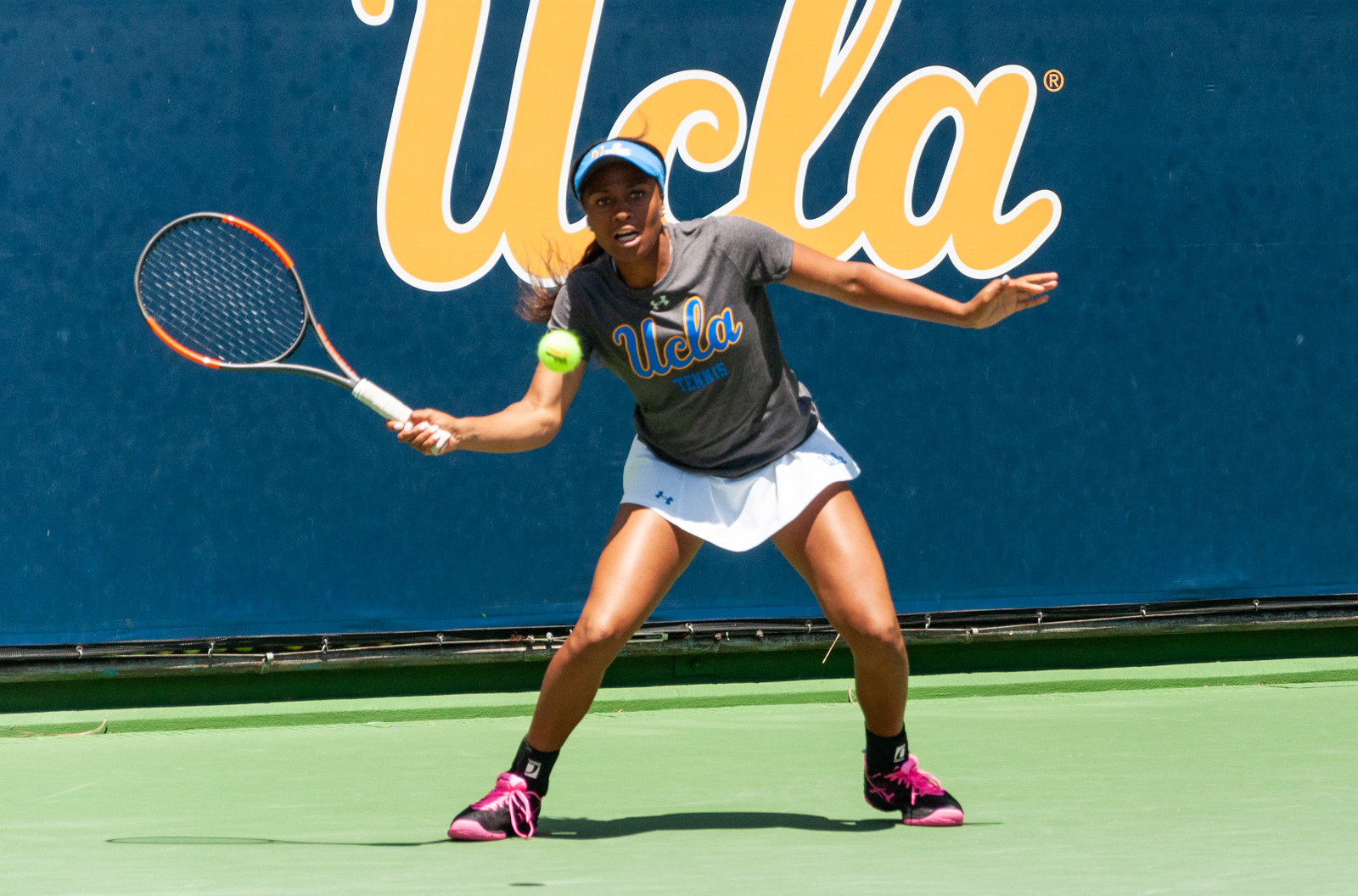 UCLA women’s tennis’ seniors Ayan Broomfield and Gabby Andrews competed in the Jack Kramer Club Collegiate Invitational last weekend to get in some singles practice, but the pair was successful in doubles once again.

Broomfield and Andrews won their second doubles title in two weeks, after winning their first at the ITA Southwest Regional Championships on Oct. 22.

The duo advanced to the finals with an 8-3 win in the semifinal round. Broomfield and Andrews defeated Baylor’s Livia Kraus and Kristina Sorokolet by 8-1 in the finals.

Broomfield defeated Pepperdine’s Dzina Milovanovic by 6-4, 1-6, 6-0 in the semifinals, before falling to Kraus by 6-1, 6-0 in the singles finals.

The two will compete at the Oracle ITA National Fall Championships, which begins Wednesday.