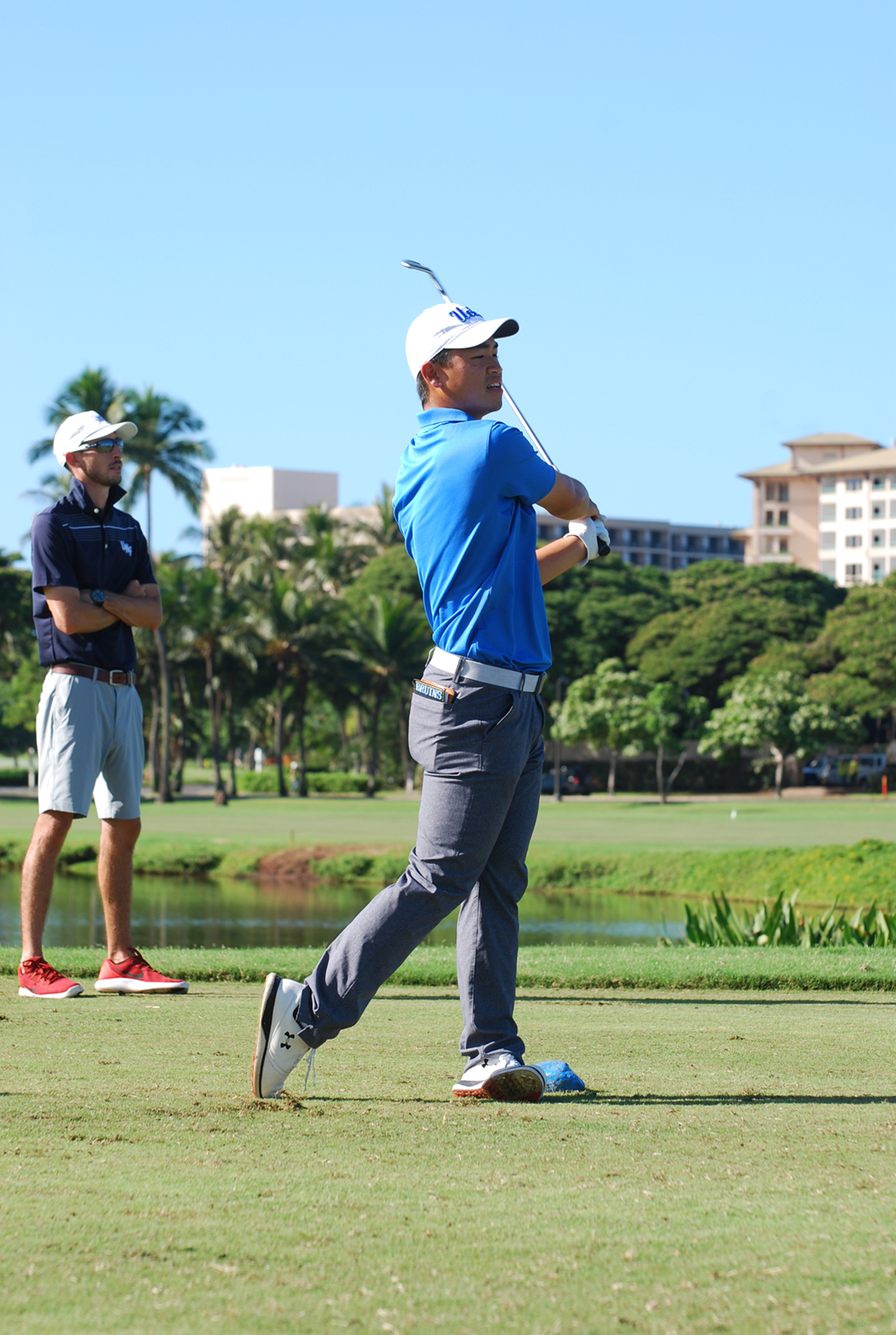 Freshman Bryan Wiyang Teoh tied for 11th place at the Ka’anapali Classic Collegiate Invitational this weekend. Teoh shot an 8-under 205 on the weekend, notching a bogey-free final round Sunday. (Courtesy of Ka’anapali Golf Courses)

The Bruins rode a novelty wave in Hawaii this weekend.

UCLA men’s golf finished in fourth at the Ka’anapali Classic Collegiate Invitational at Ka’anapali Golf Club’s Royal Ka’anapali Course in Maui, Hawaii. The Bruins totaled a score of 825 at 27-under par, scoring 272, 284 and 269 over a three-day weekend tournament.

Teoh tied for 11th place overall with 8-under 205 in his first team event after earning a top-10 finish as an individual this fall. Teoh shot a 6-under third round with six birdies and no bogeys.

“Things that I need to work on personally that I have been practicing is my distance control with all my clubs, trying to stay on target,” Teoh said. “I either hit a few yards short or long of the green, and therefore I lose a few strokes on each hole because of that.”

Coach Derek Freeman mentioned that the wind started to pick up in rounds two and three, which affected the Bruins’ play.

“The course was great and we started off strong with Patrick Murphy shooting (8-under) 63 in the first round,” Freeman said. “We are working on starting each match strong, which will set the tone in a positive direction. In the first round, the pin locations were the easiest and the wind was not a problem, but the second and third rounds were more difficult with harder pin locations.”

Murphy had two eagles over three rounds, the second-most in the tournament, and had a final score of 4-under 209. Murphy started this season playing his first two tournaments as an individual and ended the season playing with the team.

“I was hitting and driving well, but I had a hard time on the green in the first and second rounds,” Bling said. “It took me those two rounds to be able to read the grains and get the hang of the slopey greens, but my ball striking was great and it ended well.”

The Bruins’ season starts again Jan. 28 at the Arizona Intercollegiate in Tucson, Arizona.