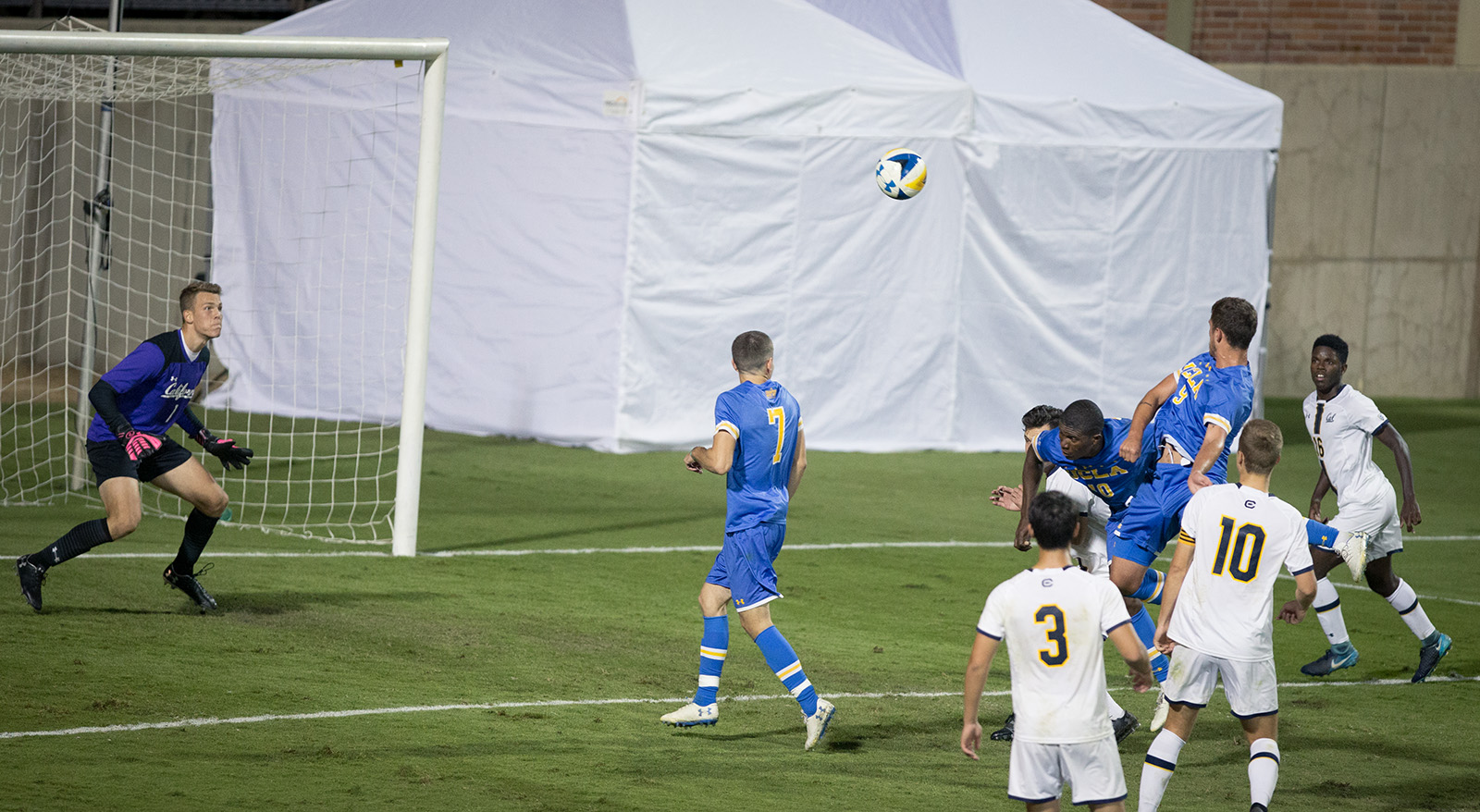 Sophomore forward Santiago Herrera scored his second goal of the season on a header to give UCLA men’s soccer a 1-0 lead over California in the 86th minute Thursday night. Herrera subbed in to play the final 24 minutes of the match and recorded two shots. (Andy Bao/Daily Bruin)

It took them until the 87th minute, but the Bruins got back in the win column.

With just three minutes left in regulation, sophomore defender Eric Iloski got the ball in the left corner and sent a cross to Herrera, who put it in the back of the net off a header.

Herrera said this was a play that the team had practiced, but their first few attempts in the game were unsuccessful.

“We tried to hit that cross twice, and we didn’t get a good header on it,” Herrera said. “Fortunately, I finally got it, and it went in.”

Herrera’s shot was the 18th of the game for the Bruins, who struggled to finish at the goal despite a number of close scoring opportunities.

UCLA’s first shot of the game missed the net by inches; freshman midfielder Matt Hundley lined up a penalty kick in the sixth minute that bounced off the crossbar.

UCLA missed the back of net on its six shots during the first half. The Bruins had possession deep in Golden Bear territory for much of the half, but both teams entered the break in a scoreless tie.

“You wonder if it’s not going to be your night when that happens,” said coach Jorge Salcedo. “You miss a penalty kick in the first (six) minutes of the game, and then have chance after chance – the goalkeeper makes a save, or you don’t execute a finishing pass, or your technique in front of the goal isn’t what it needs to be.”

UCLA also had a pair of near misses early in the second half. Sophomore forward Milan Iloski’s shot on goal was blocked by Cal goalkeeper Noah Texter in the 53rd minute, and junior forward Mohammed Kamara followed it up with a shot that sailed over the crossbar on the rebound.

Both teams had opportunities to break the tie in the 66th minute. After a header from Cal midfielder Shinya Kadono hit the crossbar, UCLA broke out in a counterattack that ended in Texter intercepting senior midfielder Anderson Asiedu’s shot on goal.

“We tried throughout the game. We … probably had, like, five clear chances and we couldn’t score,” Herrera said. “We just kept pushing. We knew we had this game.”

Herrera entered the game in the 72nd minute, and 16 minutes later, he gave the Bruins their first goal of the game and their first conference win since Oct 13.

UCLA also notched its sixth shutout win of the season after giving up a season-high four goals to Oregon State on Sunday.

“It was super important to get this shutout,” said senior defender Erik Holt. “We understood that we have three games left, and we just kind of wanted to refresh and start our season over.”

UCLA finished 2-3 on the road in conference play, but remains undefeated against Pac-12 opponents at home with the Thursday victory. The Bruins have two more games left in the regular season, both at Wallis Annenberg Stadium.

“It was huge to come back here after a disappointing trip to the Northwest,” Salcedo said. “When you go through what we went through, the best thing to do when you come back is get a win, and that’s what we did. … Kudos to the guys to persevere and find a way to score.” 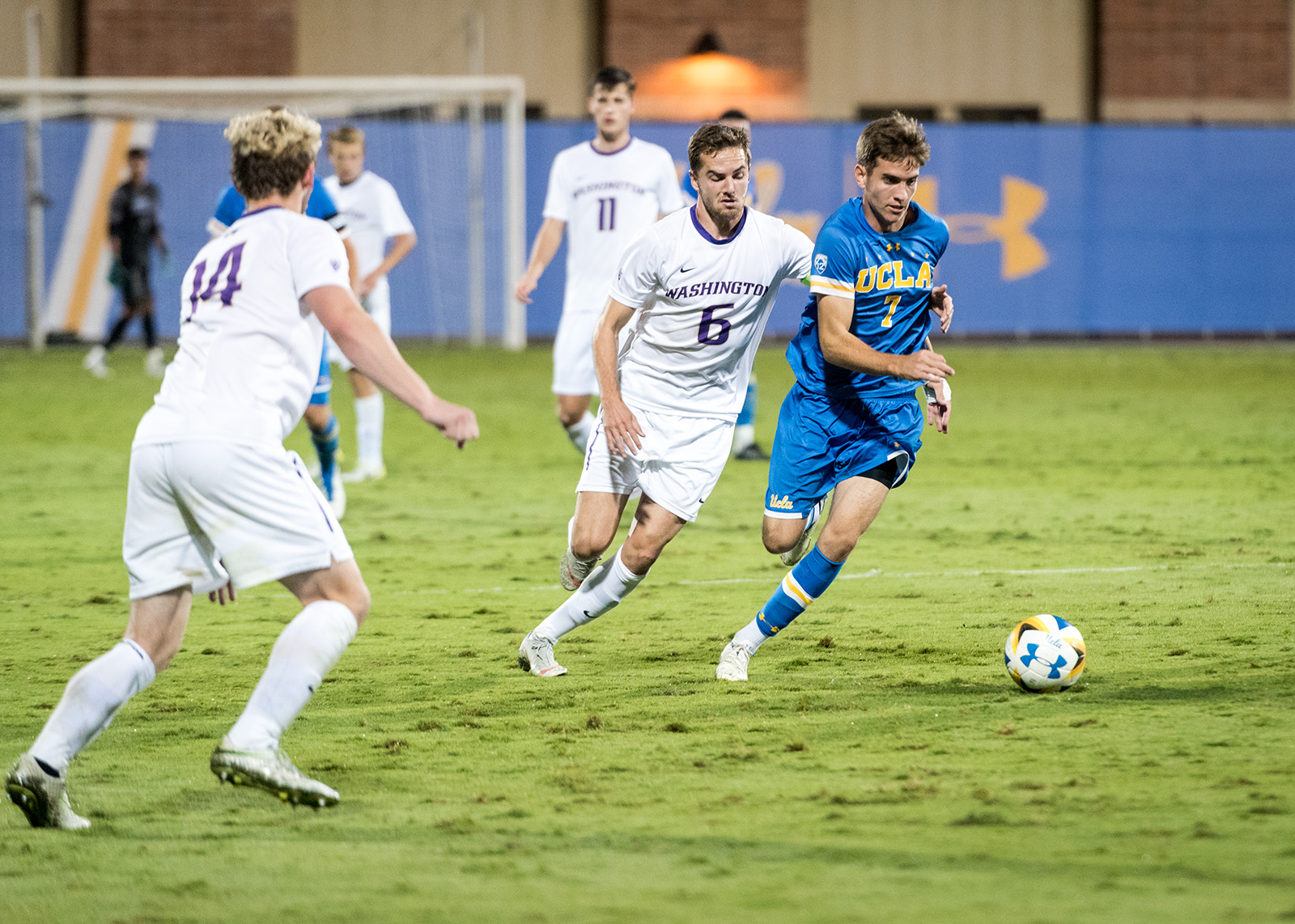 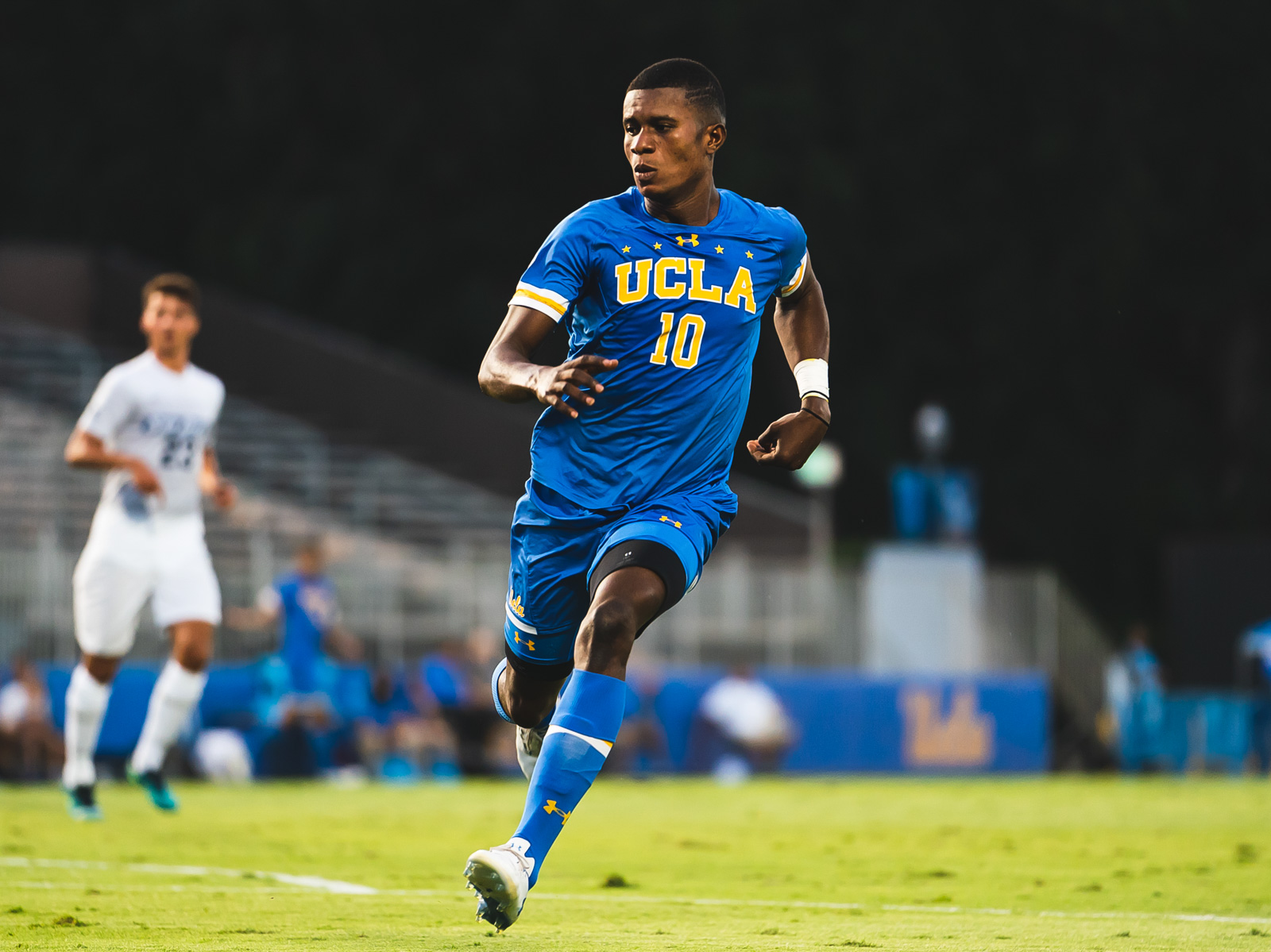 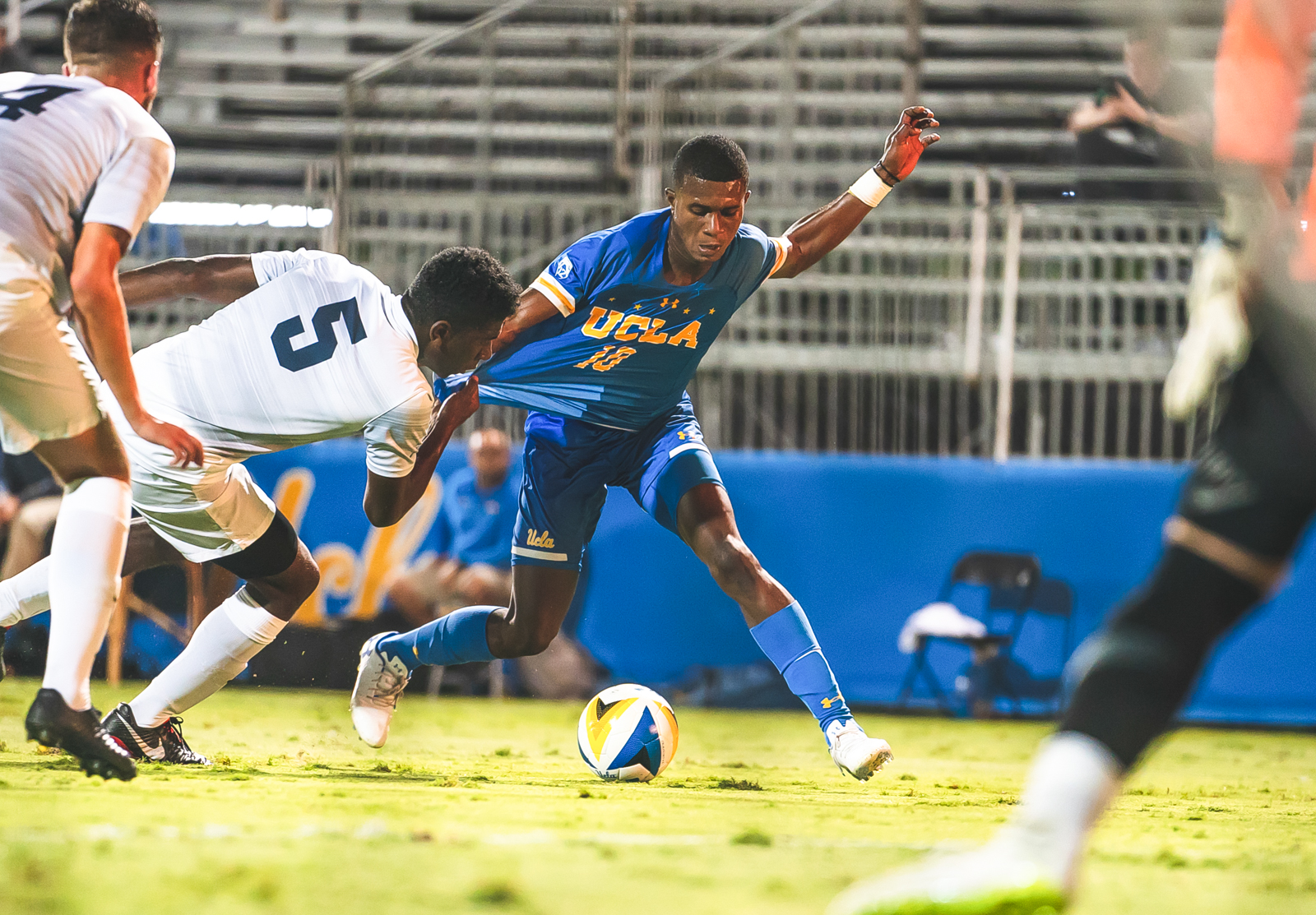