Football lags behind with double-digit deficit at halftime against Utah 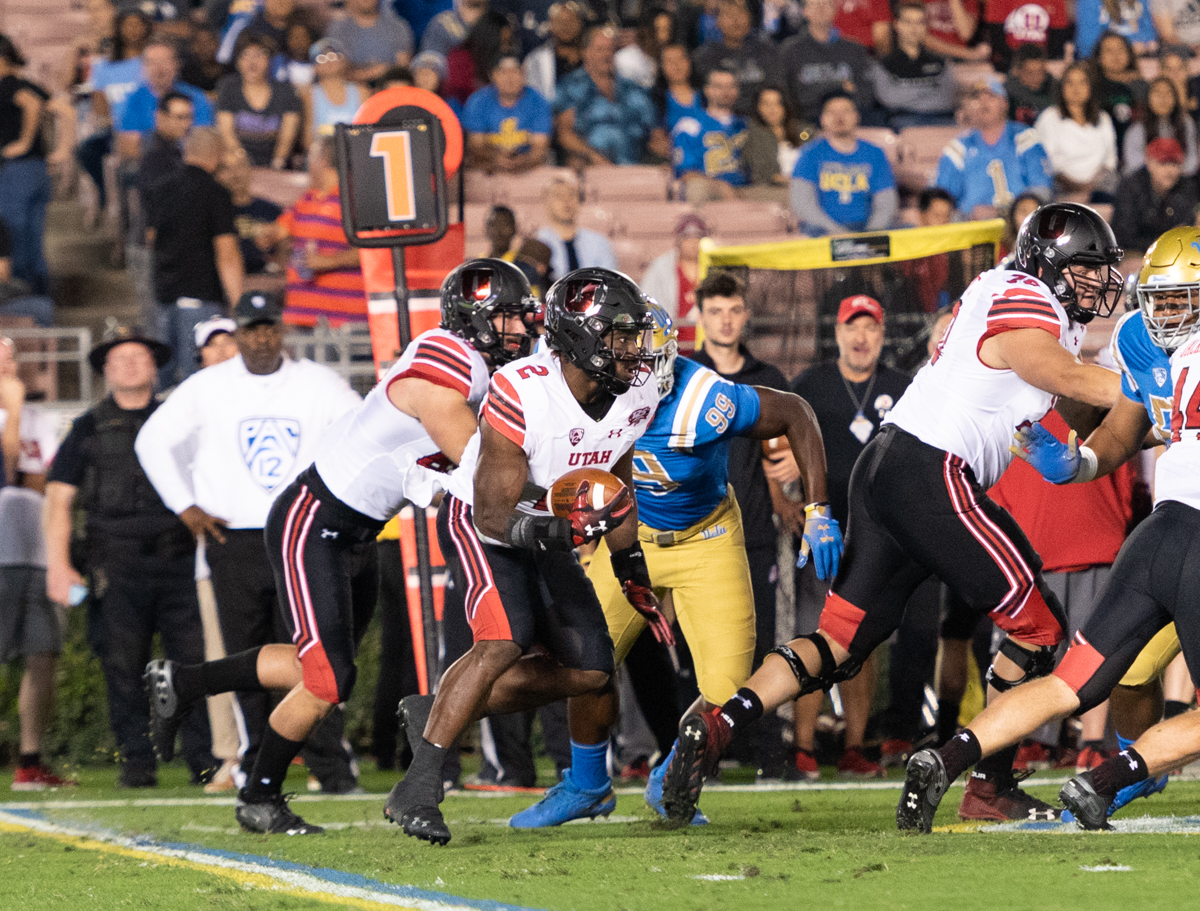 Utah running back Zack Moss carried the ball 16 times for 141 yards and a touchdown in the first half of Friday night’s contest. The Utes are leading the Bruins 17-7 at halftime. (Hannah Burnett/Daily Bruin senior staff)

In its chance to take command of the Pac-12 South, UCLA looked unprepared.

The Bruins went three-and-out on their first possession and committed a fair-catch interference penalty on the ensuing punt.

After their defense held Utah to a punt, redshirt safety senior Adarius Pickett muffed the kick, giving the ball back to the Utes.

Not much else went UCLA’s way as it trailed Utah 17-7 at halftime Friday night.

Coach Chip Kelly gambled on 4th-and-1, keeping the offense on the field, and redshirt junior running back Joshua Kelley rewarded him by running 25 yards untouched for a score.

UCLA’s special teams woes continued, as a false start pushed the ball back 5 yards at the end of the half, and junior kicker JJ Molson’s 52-yard attempt was short by a couple of yards.

The defense held strong for the first couple of possessions, then wilted to Utah’s rushing attack.

After Pickett’s fumble, the Bruins held the Utes to 1 yard and a field goal.

Sophomore safety Quentin Lake intercepted a pass in the end zone on Utah’s next possession – his second in as many games. He locked up with Utah wide receiver Samson Nacua and jumped backwards to snag the pick.

But the Bruins’ run defense woes continued as the Utes rushed for 159 yards on 7.2 yards per carry. Running back Zack Moss racked up 141 yards and pinballed off a UCLA defender on most of his carries.

Utah wide receiver Britain Covey threw a 7-yard touchdown on a reverse pass, and then returned a punt 30 yards to set up a 1-yard rushing touchdown by Moss.