Researchers unsure about effects of heavy cannabis use, agree on more regulation 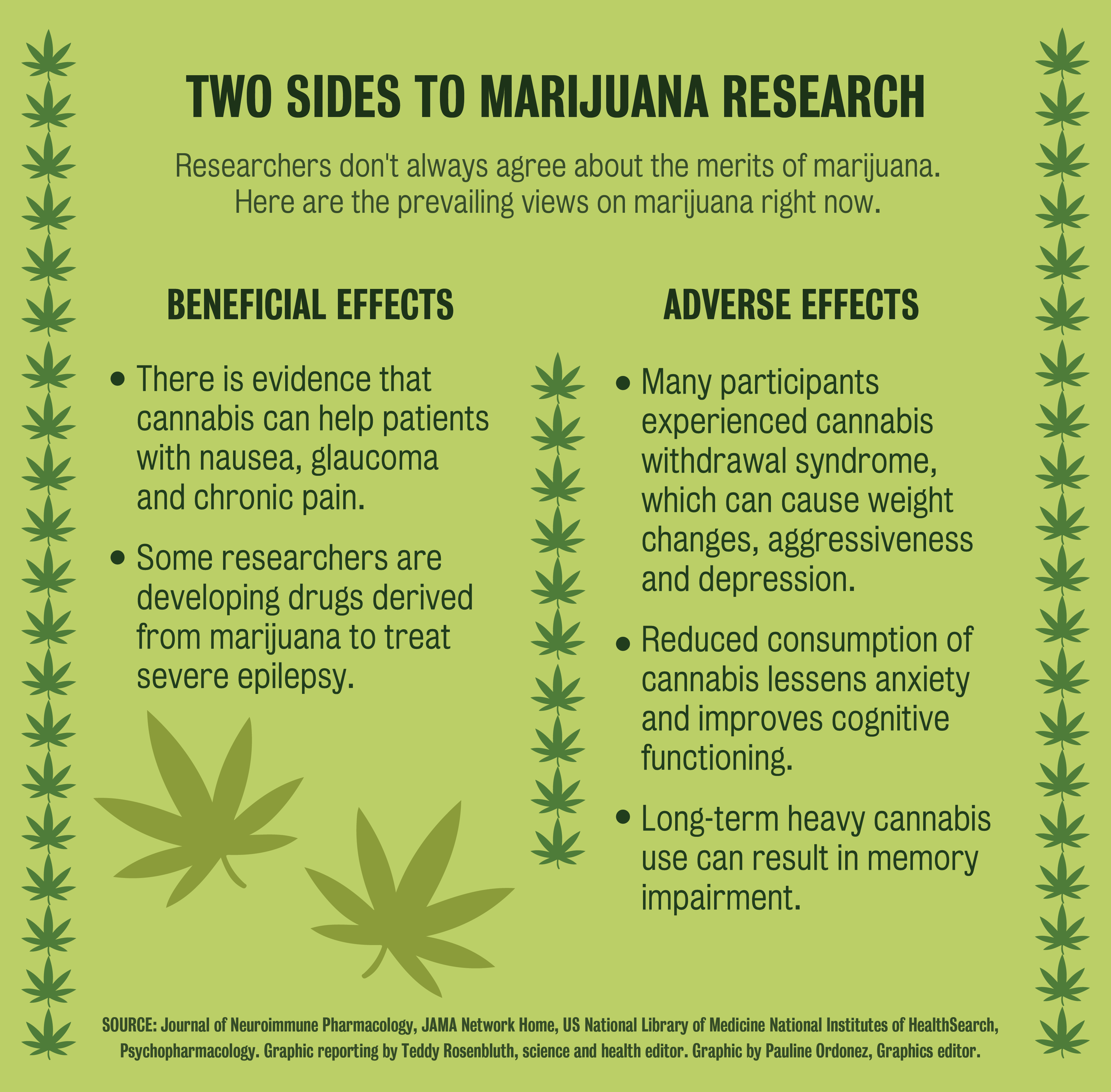 UCLA researchers found in a recent study that those who engage in heavy cannabis usage show improved physical health, mental health and cognitive functions when they reduce the amount of cannabis they consume.

The study implies that cannabis consumption in large quantities can have negative effects on the user’s health. These potential dangers of cannabis are controversial within the scientific community.

Marc Copersino, an assistant professor of psychology at Harvard Medical School who recently published a paper on cannabis withdrawal syndrome, said cannabis can have a variety of negative effects when an individual is withdrawing from the drug. He said in terms of withdrawal syndrome, cannabis might be more similar to other kinds of drugs, such as heroin, than previously recognized.

However, Sherry Yafai, a doctor from Santa Monica, said that the perceived danger of cannabis use is not supported by evidence.

“I would say that the closest drug is caffeine,” Yafai said. “Coffee addicts get irritable and stressed and experience similar withdrawal syndrome when they get off coffee.”

Experts also disagree about how many cannabis users have actually been hospitalized for withdrawal syndrome.

“I have never seen anyone hospitalized for cannabis withdrawal,” Yafai said.

She added that cannabis withdrawal also does not lead to usage of heavier drugs such as heroin, as many people believe, which makes the withdrawal much less severe than certain legal drugs in the U.S. such as kratom.

Copersino also said that whether cannabis is harmful or beneficial for health depends on whether it is used for recreational purposes or for certain medical conditions.

Many experts think some of the controversy regarding cannabis’ health effects is rooted in a lack of distinction between recreational use and medical use of cannabis.

“It is hard for the public to divide recreational use and medical use, even though it is a very important distinction,” Yafai said.

Both Copersino and Yafai said they agree that cannabis regulation that ensures proper usage is imperative.

Copersino said cannabis has been helpful for treating people suffering from symptoms such as nausea and loss of appetite. However, the Food and Drug Administration has not approved cannabis as a treatment for many of these medical conditions, Copersino added.

Ellen Kuwana, executive director at the Society of Cannabis Clinicians, added that regardless of the perceived benefits or dangers of cannabis, it is important to educate people about safe cannabis use, such as not driving after using.

Yafai said that cannabis sellers at dispensaries should also be trained professionally. She thinks more regulations should be imposed on the quantity of each purchase, the frequency of purchases and the age of consumers.