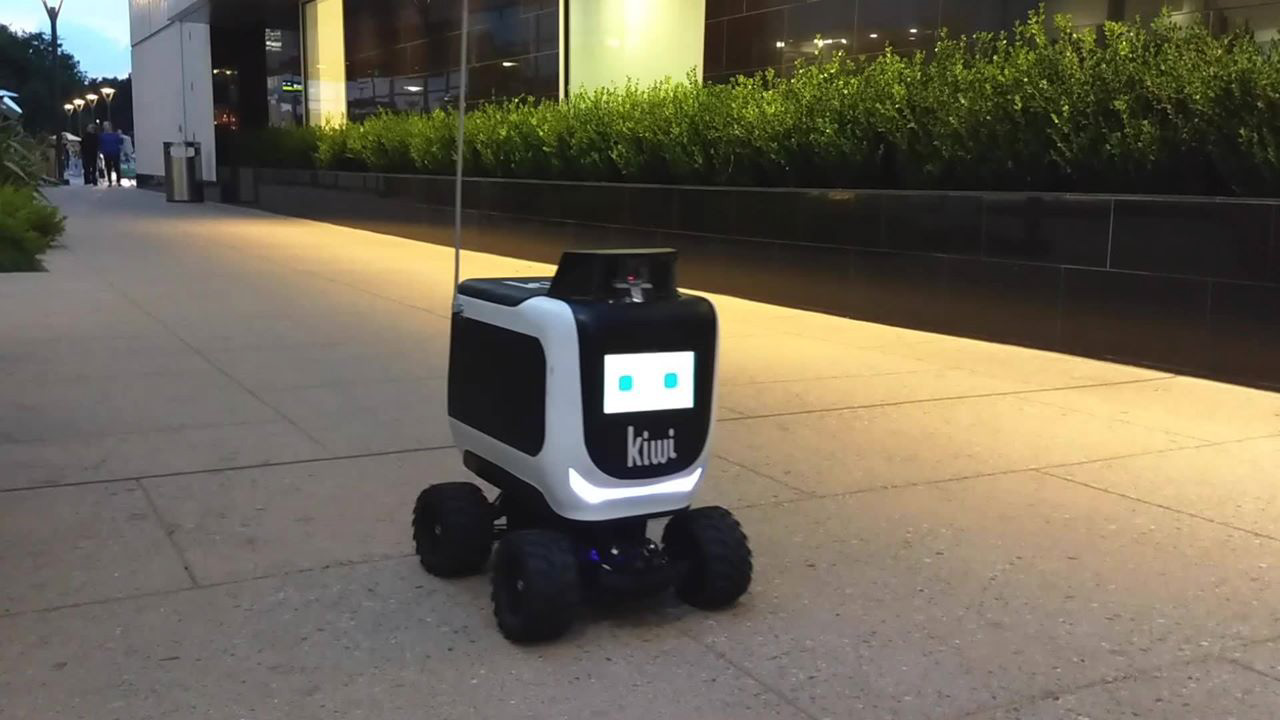 Kiwi Robots can deliver food from local businesses to customers in Westwood via a mobile app. (Courtesy of Kiwi Campus)

Students can now order food via robot delivery in Westwood.

Kiwi Campus, a startup that originated at UC Berkeley, began operating in Westwood at the beginning of October. Users of the service can download a mobile application to order food and drinks from local restaurants to be delivered via robot for a fee.

Stephanie Falla, business development manager for Kiwi Campus, said the company expanded to UCLA because of the small size of its campus, and plans to expand to the rest of California in the future.

“It’s a university that has a lot of students, and is also compact … so with the robots it’s easier to move on campus,” Falla said.

Kiwi robots cannot currently deliver within UCLA’s campus however, Falla said, because the company is still applying for permits to operate within the university. Customers can still receive deliveries within campus from Kiwi via human couriers for the time being.

“We would like the permits to be done as fast as possible, of course, but it takes time because of all the paperwork and things,” Falla said.

The company currently delivers via robot within a three-mile radius of Westwood, from the Hill to Santa Monica Boulevard.

Kiwi Campus’ long-term plan is to lower and eventually eliminate the robots’ delivery costs, instead relying on service fees from businesses to operate. Kiwi does not currently charge businesses a commission to use the service, however.

“We’re not starting with a commission (for businesses),” Falla said. “If we give a good service, if they like our service, they will stay with us.”

Kiwi has made 200 deliveries in Westwood in the past two weeks, she added.

Andrew Thomas, executive director of the Westwood Village Improvement Association, said food delivery services like Kiwi provide a large portion of revenue for businesses, but he prefers that customers visit businesses in the Village in person.

“I know a number of our merchants rely on food deliveries to campus to adjacent neighborhoods,” Thomas said. “It’s a big part of their businesses, although my preference is for people to actually visit the Village where they can experience other merchants and add to our pedestrian life.”

Some students said they think the Kiwi robots may not work at UCLA because of theft or navigation issues.

Jae-an Wang, a second-year aerospace engineering student, said he likes the idea behind Kiwi, but thinks people may steal the robots.

“They’re a pretty neat idea, but it seems kind of worrying that people could just pick them off the road,” Wang said.

“I just feel like they’re not gonna catch on, but that was what I thought about Birds though so I don’t know,” Brinkop said.

The sudden popularity of rentable electric scooter services, including Birds, which have emerged on campus and in Los Angeles earlier this year, has prompted a series of regulations across the city.

Erick Lopez, a second-year microbiology student, said he thinks the Kiwi robots may cause problems with traffic.

“They would just cause traffic among heavily trafficked walkways, some that are already too small for pedestrians,” Lopez said.

Kiwi aims to release 100 more robots this year, and 500 more next year. Kiwi plans to expand to other UC campuses in the future as well, Falla said.