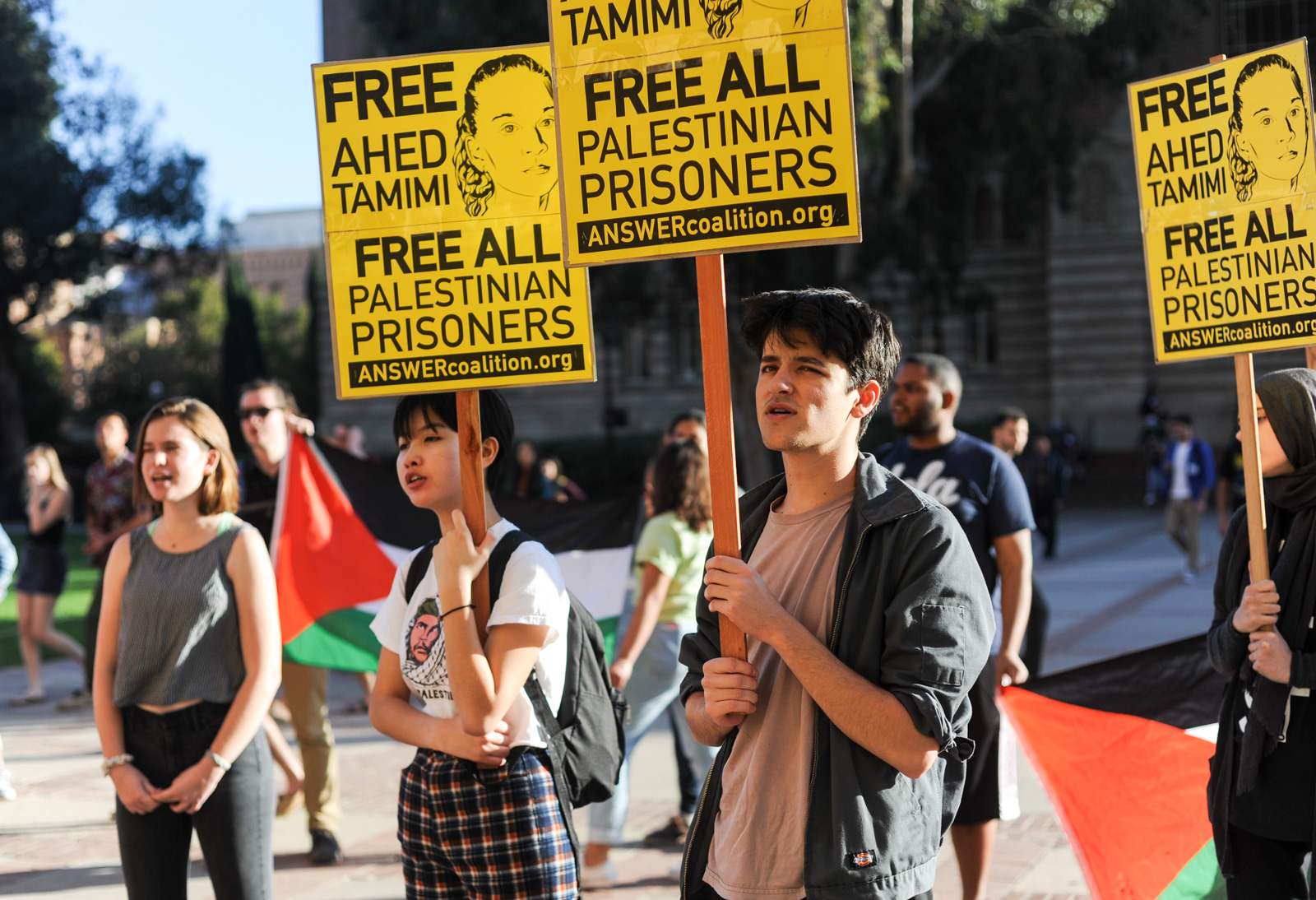 Chancellor Gene Block said in a letter addressed to U.S. Rep. Brad Sherman that the university would not cancel a national conference the congressman finds exclusionary and anti-Semitic.

Sherman, who represents the eastern San Fernando Valley and Eastern Simi Hills, wrote a letter to Block urging him to cancel a national conference for Students for Justice in Palestine branches from universities across the country. Sherman said he was worried SJP members would promote discrimination and harassment at the conference, which will be hosted at UCLA.

Block said in a letter addressed to Sherman on Oct. 15 that UCLA will continue to support free speech and demonstration on campus while ensuring no racial or ethnic bias or harm occurs.

In calling for the cancellation of the event, Sherman cited the May clash between SJP and Students Supporting Israel at the latter’s “Indigenous Peoples Unite” event.

At the event, SJP members and protesters who were not UCLA students danced, chanted and banged the doors outside the classroom SSI was using. Members of SSI and the Armenian and Kurdish communities they invited said they felt silenced, intimidated and scared. Vice Chancellors Jerry Kang and Monroe Gorden later said the disruptors refused to join the conversation at invitation of the hosts, and SJP members were then escorted out by the UCPD.

[RELATED: UCLA does not endorse violent disruptions to respectful discussions]

Kang and Gorden called the protest tactics bullying and said UCLA would work with local prosecutors to determine whether nonstudents broke the law. They added that students would be subject to investigations on whether they violated university policy.

Sherman wrote that the national SJP organization has posted anti-Semitic rhetoric online, and will only allow people who have been verified and vouched for by SJP members to attend, excluding most Jewish students.

He was not the only one to question the exclusivity of the national conference.

At the University of California Board of Regents’ public board meeting Sept. 27, Justin Feldman, a third-year political science student, said he thinks that although SJP advertises the conference as pro-human rights, the group in practice is exclusionary of Jewish and pro-Israel students.

“Given the disturbing and unconventional nature of SJP’s activities, including the recent intimidation of Jewish students … I’m not surprised that this conference is not open to myself or to the public,” he said.

The regents said they were concerned about hosting a closed conference about controversial topics.

“I thought that conferences had to be open,” Regent Sherry Lansing said. “I’m questioning (the) policy about … what is a closed conference, and what is an open conference.”

Lansing and Vice Chair John Perez asked the Board’s General Counsel, Charles Robinson, to look into any governing legislation on the issue within 24 hours.

SJP at UCLA did not immediately respond to request for comment.

Sherman added that UCLA as a public university should not allow an exclusionary conference to take place on its grounds. He cited UC policy that organizations that receive student fees such as SJP are not allowed to exclude large numbers of students from attending.

Block said while he and UCLA as a whole do not support the boycott or the divest from Israel movement, the university is unable to stop the national convention from occurring. He added that SJP told UCLA it will not be using student fees to cover the cost of the conference, and therefore it is not required to be open to all students or staff.

Block also said UCLA will continue to foster relationships with Israeli universities abroad and will protect students from discrimination on campus.