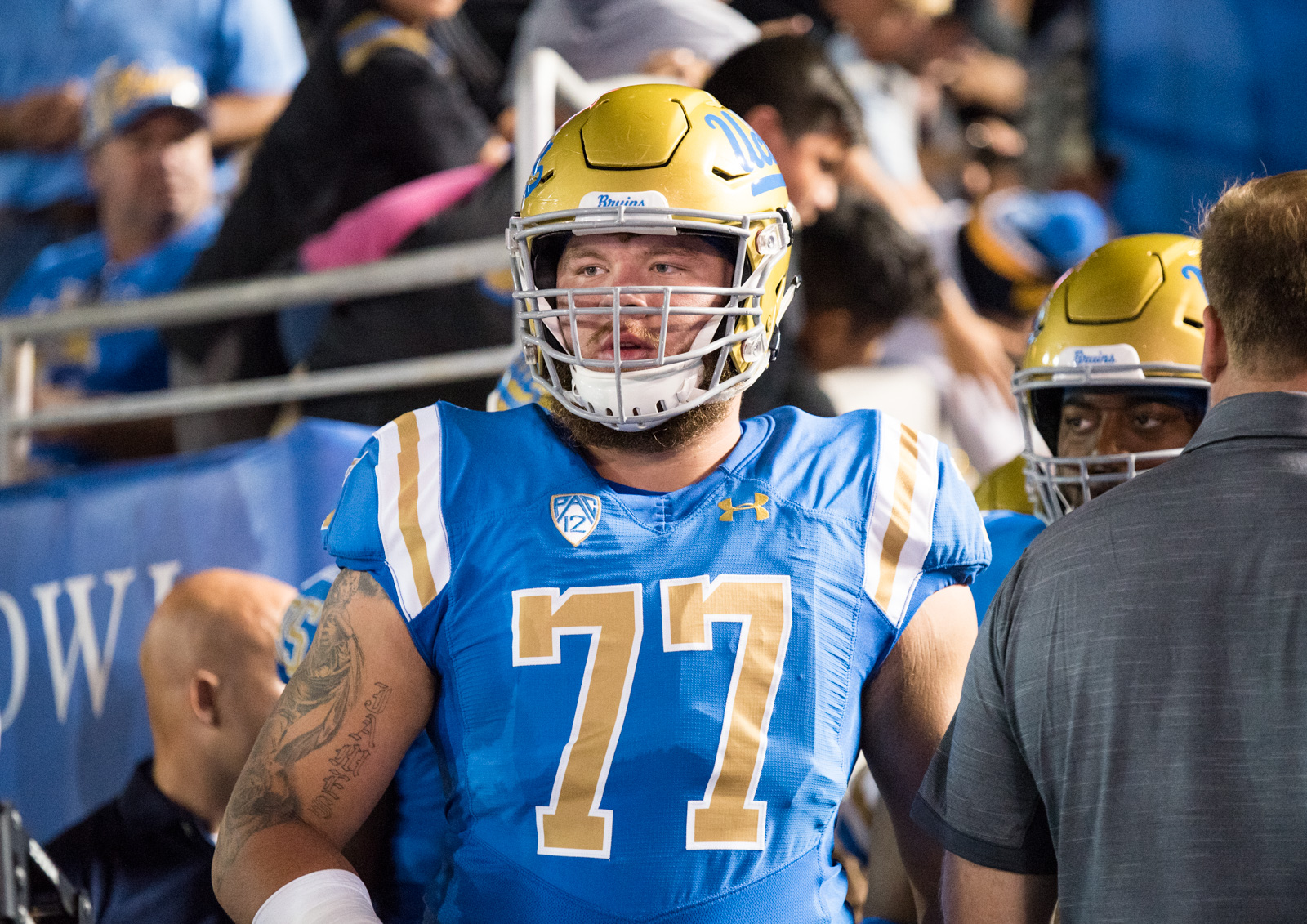 James didn’t score a touchdown. He didn’t force a fumble, or block a kick, or put up stats of any kind.

But James decided to play against Arizona on Saturday night, just five days after the death of his father.

James missed practice on Tuesday and Wednesday after flying home to Utah to join his family. His father, Marcus James, died of cancer.

“Andre James, he’s a great guy, great teammate, so it’s always awesome to have him out there,” said redshirt junior tight end Caleb Wilson. “Knowing everything he goes through and how tough he is and how he rarely shows his emotions … he’s talked to me throughout the whole process.”

Coach Chip Kelly said he was also proud of James – and he knew what the offensive lineman was going through.

“I lost my dad a year and half ago, so I understand where he is, but he wanted to play,” Kelly said. “When he came back on Thursday, he said it was important for him to play, so we all rallied around him and actually gave him the game ball after the game.”

Kelly’s father died at the age of 87 after a heart attack in December 2016.

But according to redshirt junior running back Joshua Kelley, James didn’t just get the game ball for suiting up.

The Bruins rushed for 153 yards with James at left tackle. James played primarily right tackle last season, but has now started his 27th straight game for UCLA – the longest active streak on the team.

“Andre James, bro, we love him,” Kelley said. “I think he was by far the best player on that field tonight.”

Kelley said he was proud of James for playing a great game, but also for standing up and proving himself to be a role model for the team.

“He’s great,” Kelley said. “He’s tremendous for us and I don’t have enough words to say about how great of a player and a man he is, honestly.”

James did not have to play on Saturday, but he chose to anyway.

Wilson said he respected James’ decision to take the field, but he wanted to let his teammate know that no one would have looked at him differently if he had made the other choice.

“None of us would have been mad at him if he would have stayed in Utah and been there for his family during the weekend,” Wilson said. “He thought it was the right thing to come back and help us win a game and compete, and he played his tail off, so it’s really an honor for me to line up next to him.”