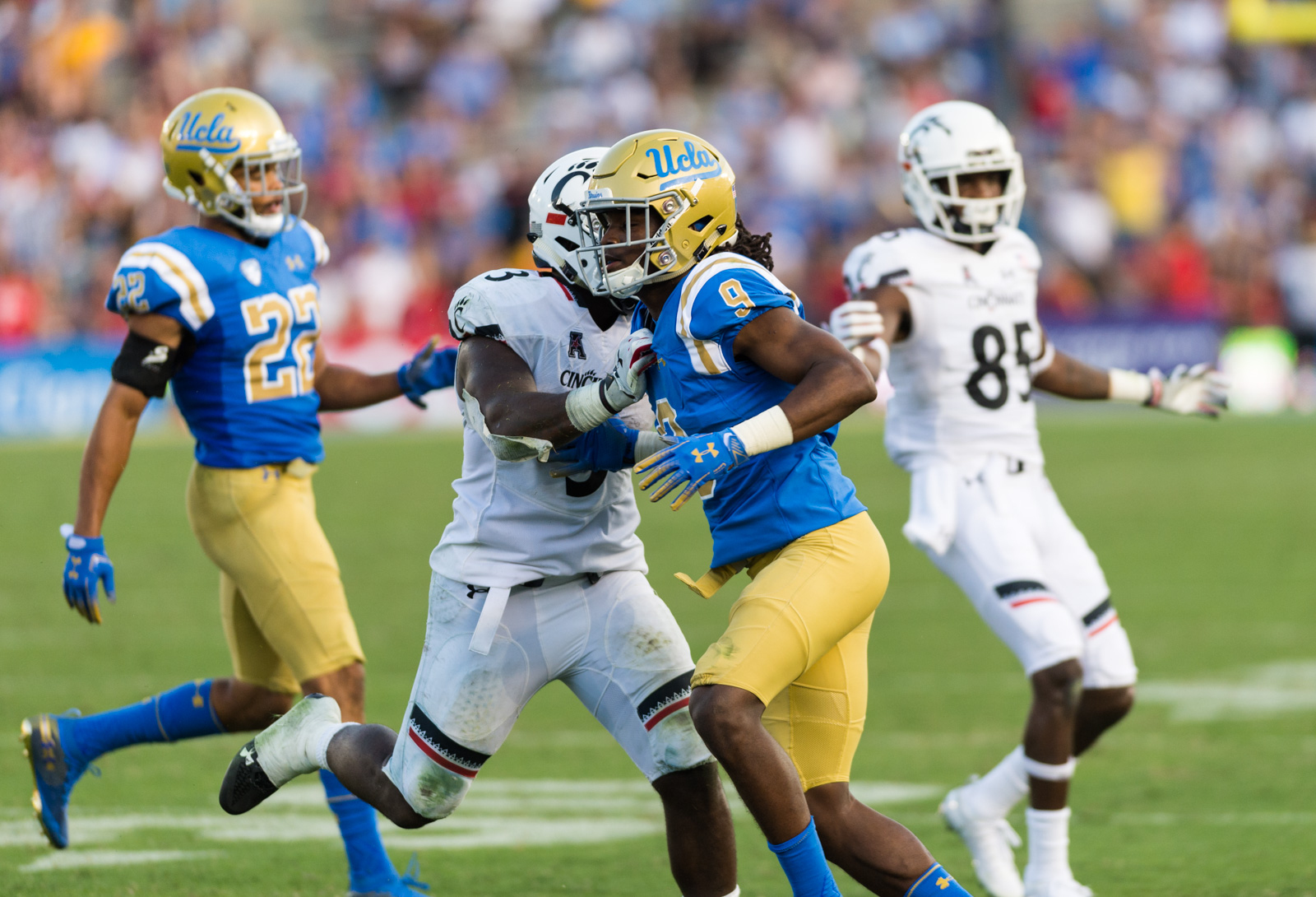 Redshirt freshman Elijah Gates recorded his first career interception during the third quarter of UCLA football’s win over Arizona on Saturday. It was the sixth second half turnover the Bruins have forced in their last two games. (Amy Dixon/Photo editor)

The Bruins are back in the thick of things in the Pac-12 South Division but will have to play their next game on short rest.

Junior linebacker Lokeni Toailoa said he is excited to play in a meaningful game after a 0-5 start to the season.

“We don’t usually pay attention to the outside stuff, our biggest thing is 1-0 every week,” Toailoa said. “Every game is exciting and playing at home makes it a little bit more exciting.”

Coach Chip Kelly said he is not worried about the possible fatigue stemming from a short week considering Utah will have to play on the same schedule as UCLA.

“We just don’t have the off day that we usually have been afforded, but that’s just the way it is, and Utah has the same exact schedule,” Kelly said. “It’s not like one team has an advantage over another team. They played (Saturday), too, so we’re all on a six-day week instead of a seven-day week.”

The Utes rolled over the USC Trojans in a 41-28 victory Saturday for their third straight win after a 0-2 start to conference play.

Kelly also said he expects his players to be fresh for Friday’s game because of the work his training staff has been putting into the team all season.

“We’ve always been really good with the recovery aspect of things,” Kelly said. “We’ll monitor our guys very closely in terms of everything they do, so we’ll adjust accordingly to the individuals.”

Redshirt freshman Elijah Gates said the defense has done a good job of maintaining its energy levels deep into games in recent weeks. He recorded his first career interception Saturday.

“I feel like we’re all clicking and we’re getting the hang of everything and it’s all falling into place, so it’s great,” Gates said. “The energy is staying there, we just keep working hard and giving it great effort.”

Dorian Thompson-Robinson’s status up in the air

Freshman quarterback Dorian Thompson-Robinson left in the second quarter of Saturday’s game against Arizona with what appeared to be a right shoulder injury.

Kelly said he does not know the extent of the true freshman’s injury but will monitor the situation throughout the week of practice. Graduate transfer quarterback Wilton Speight is expected to reclaim the starting role should Thompson-Robinson miss Friday’s game.

Speight completed 17-of-27 passes for 204 yards and a pair of touchdowns in his first game action since being knocked out of the season opener with a back injury.

Kelly said he was not surprised by Speight’s performance given the work he has seen the former Michigan signal caller put in since sustaining the injury in week one.

“It’s what we expected,” Kelly said. “He’s actually trained really well the last couple of weeks and has been really sharp, so we kind of saw what we’ve seen in training.” 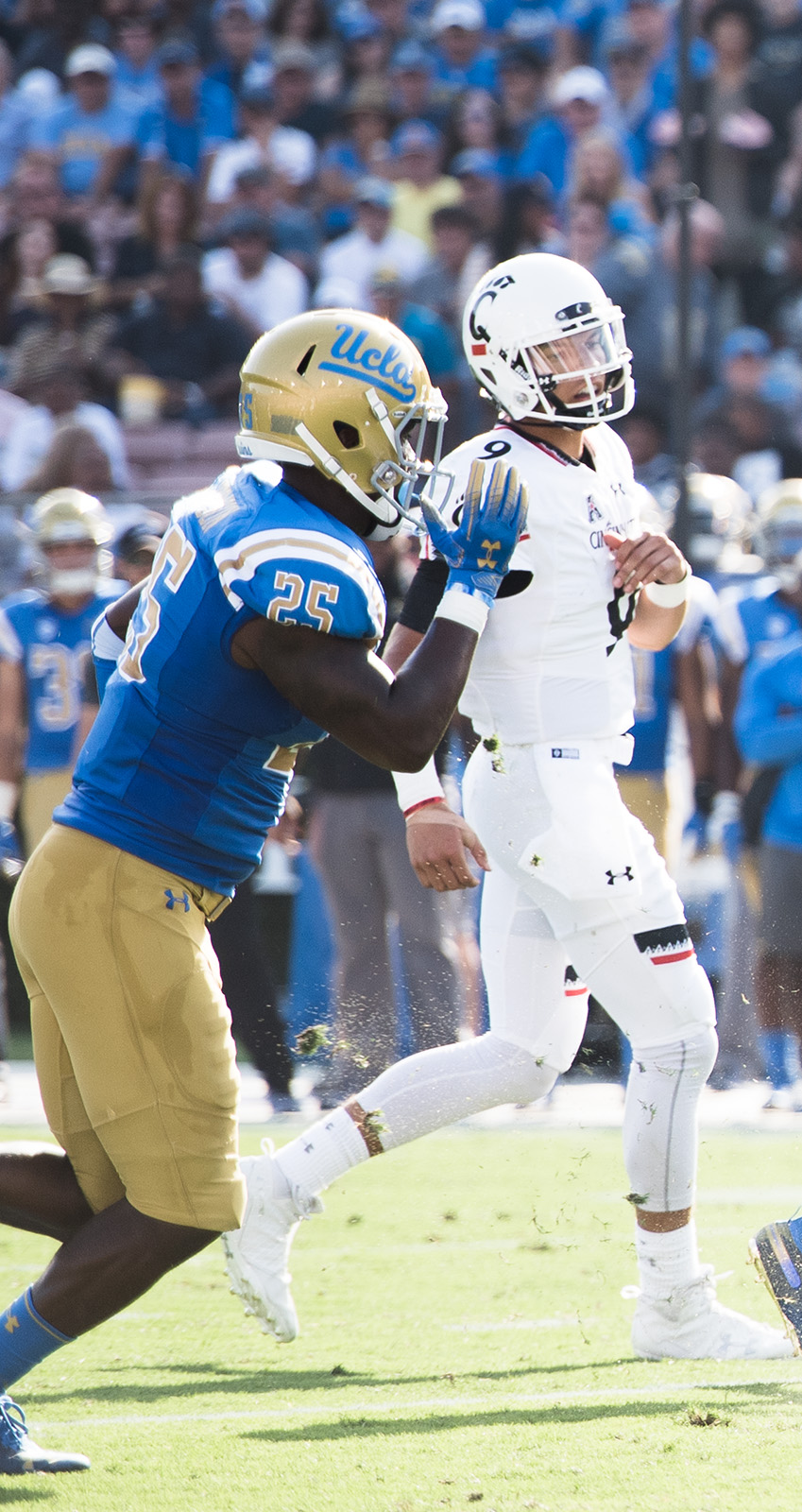 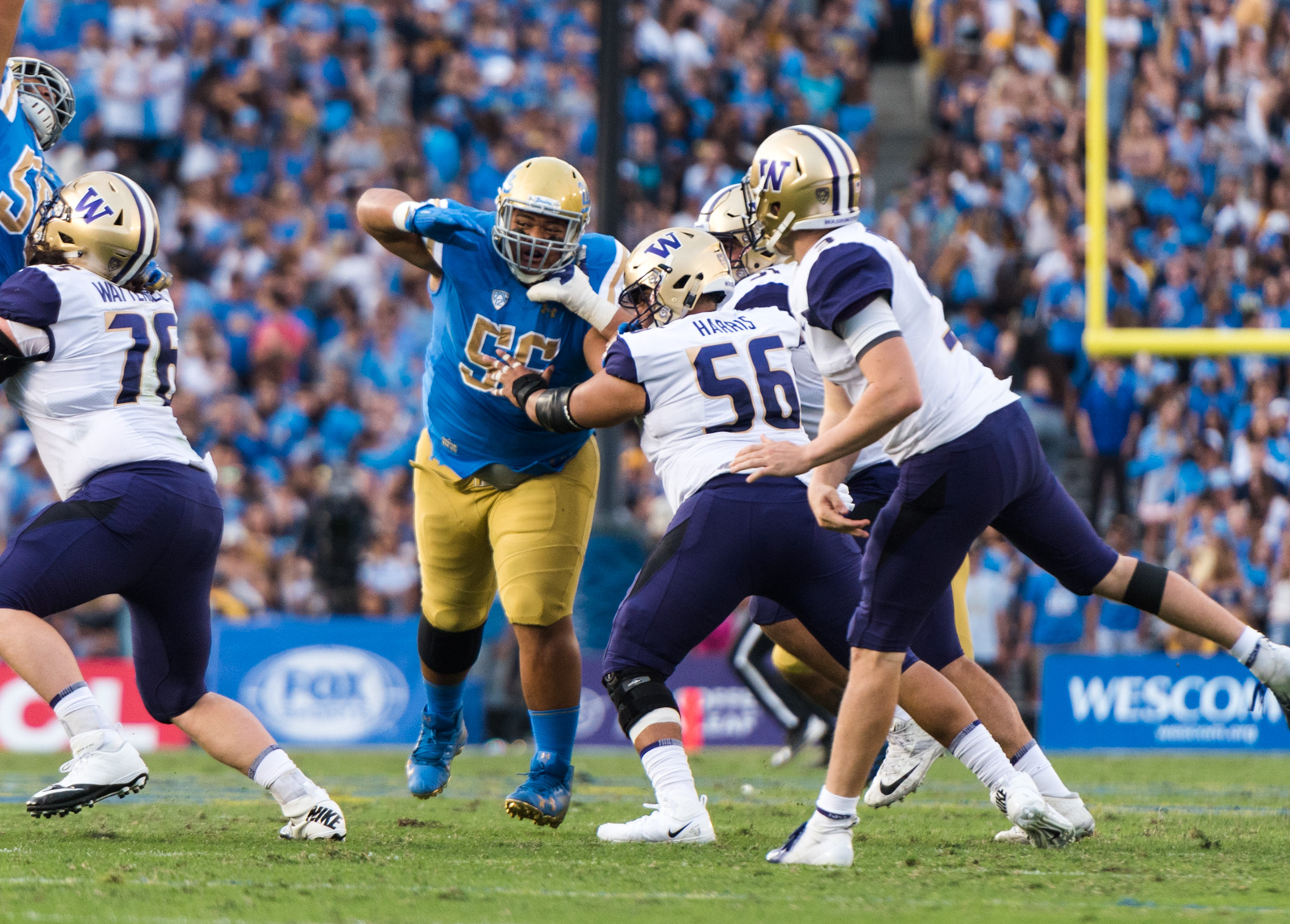 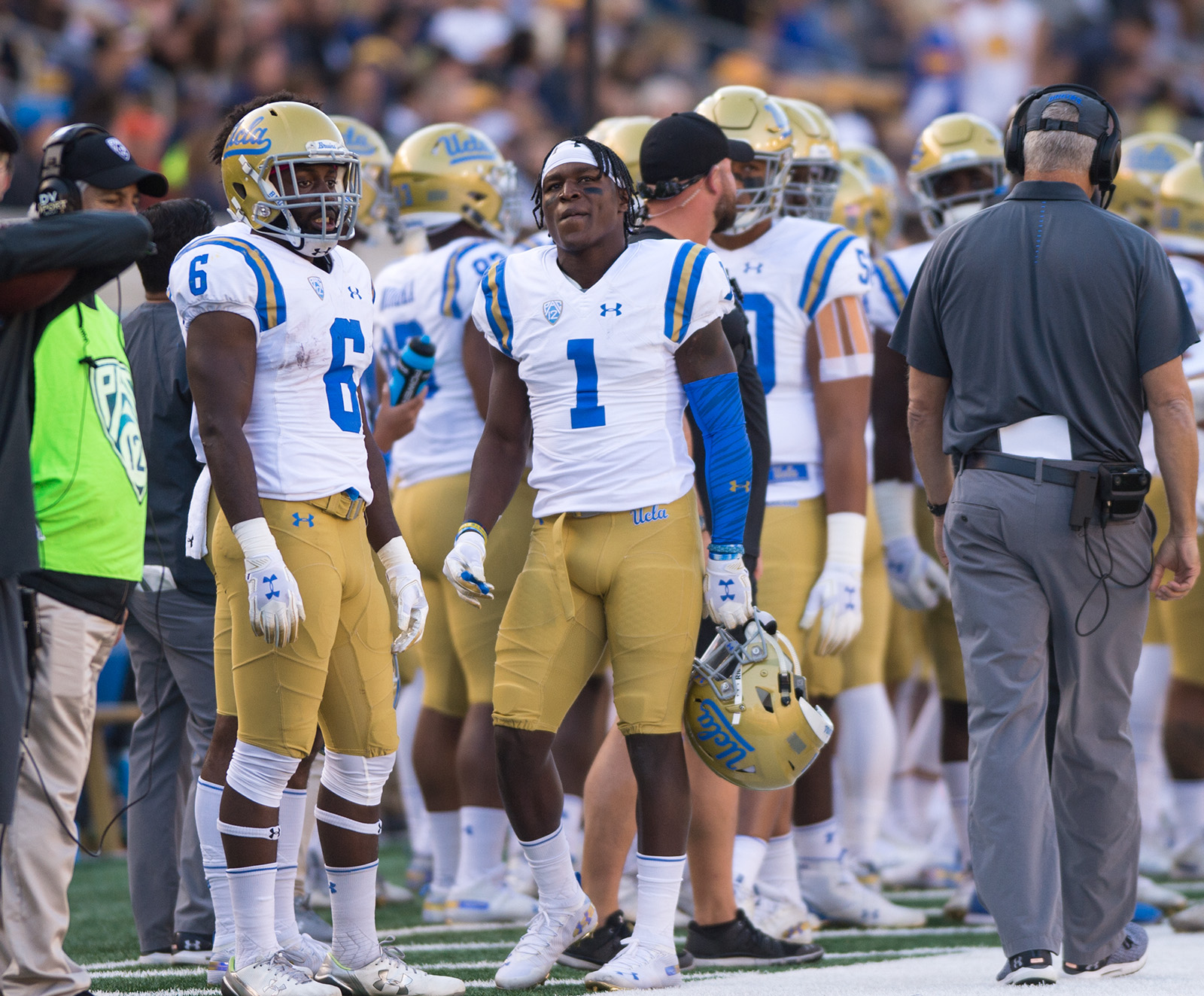 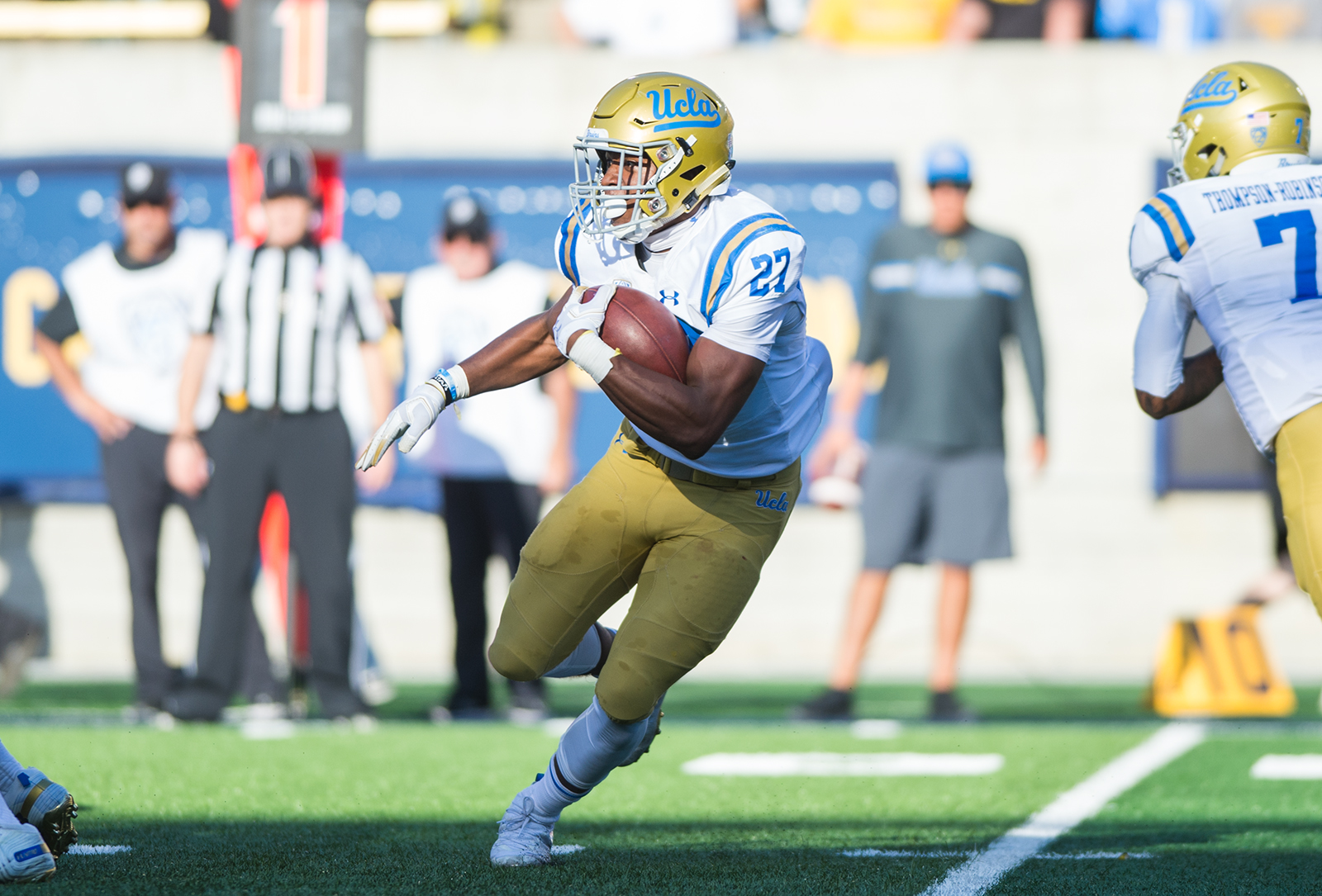