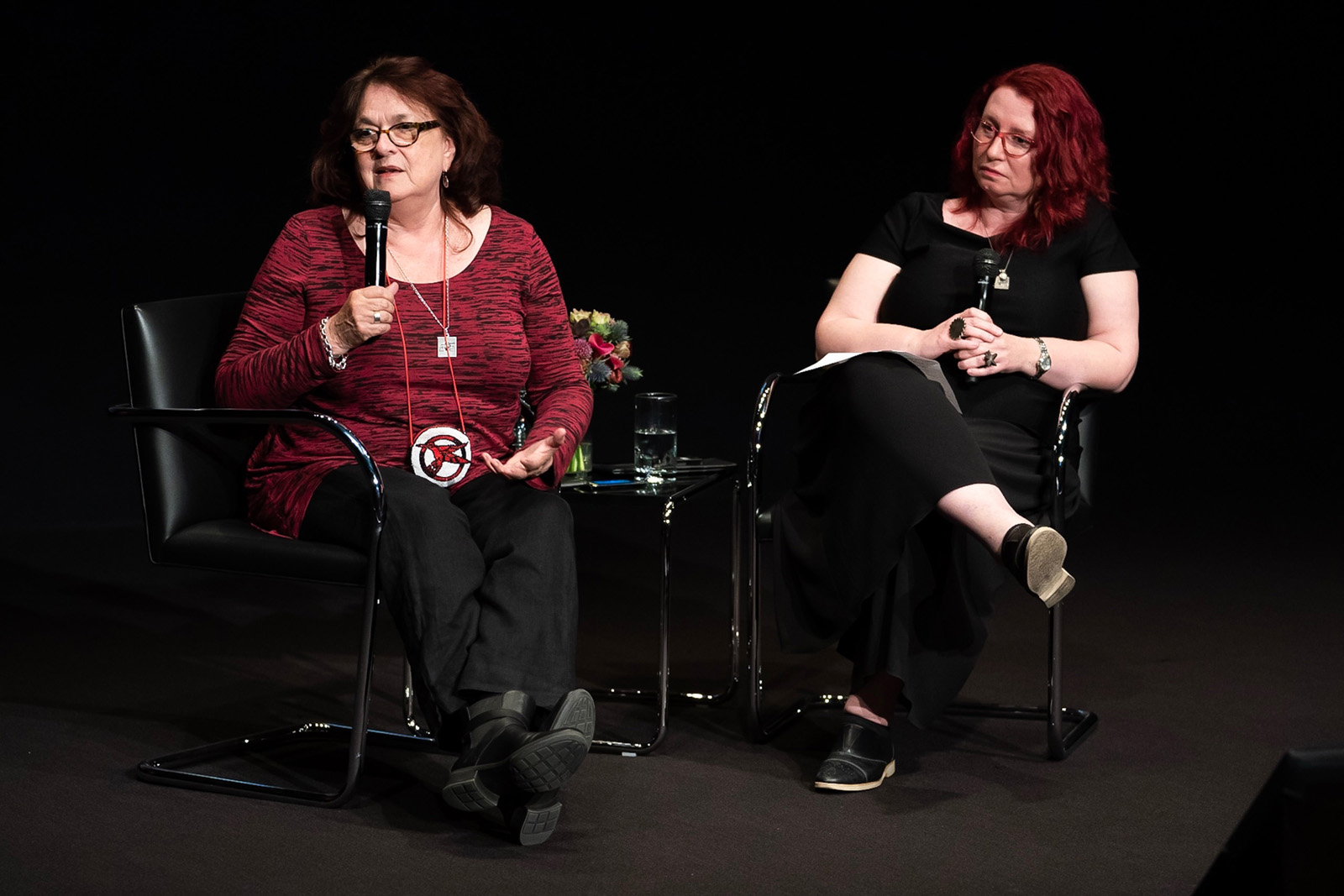 A UCLA professor said she thinks public art should result from collaboration between members of its surrounding community at an event Thursday night.

The discussion, which was co-presented by the Hammer Museum and the UCLA Chicano Studies Research Center, explored the obstacles Judith Baca, a professor in the World Arts and Cultures and Chicano Studies departments, has faced in portraying history through the perspective of marginalized communities in her artwork. She said the historical narratives her art depicts differ from the white-centric perspectives she learned in school.

Baca’s most famous work, “The Great Wall of Los Angeles,” is one of the longest murals in the world and depicts a history of California and the United States through the eyes of minority and marginalized peoples, including women, the working poor, LGBTQ and immigrant communities. The panels begin with the creation story of the Chumash tribe, which settled in Central and Southern California, and span all the way to the 1950s.

The mural was painted over six summers beginning in 1978, and over 400 young adults of color helped Baca and the other designers paint the mural. Baca said at first, the young adults had to have been part of a juvenile rehabilitation program, and were all convicted of offenses ranging from truancy to attempted murder. She paid each worker for their contribution to public art.

Baca added when she met students she worked on the mural with years later, they told her how the project changed their self-esteem and allowed them to feel more connected to their racial backgrounds.

Baca said local residents and police initially opposed the project because they thought an influx of juvenile offenders into their communities would lead to increased crime rates, but she said the project actually helped decrease the crime rate in the area. She added that locals became more supportive of the project in later years.

“I had kids who said, ‘Once you told me I couldn’t come back to work on the wall until I finished high school, and that’s why I graduated,’” she said.

Art historian Anna Indych-López, a professor at City College of New York and the event moderator, said she thinks Baca should be acknowledged for being active in both social activism and art in LA for over 30 years. She added Baca’s work is a good example of accessible art and defiance of social norms.

“It was able to tell a narrative about Chicano history, and other cultures as well, in Los Angeles that wasn’t present in the typical history of Los Angeles that I learned about in school or even knew about in general,” Mateo said.

Mateo added through artwork such as “The Great Wall” she was able to understand large and abstract concepts in accessible ways.

“(I learned) different concepts, terminologies and events that were huge in race relations that I had never even heard about or touched upon in my education before UCLA,” she said.

Baca said she thinks people must actively choose to be inclusive in how they remember both historical and current political issues.

“When I approached the ‘Great Wall,’ I wanted to create a story that is the history that includes diverse people,” Baca said. “In this day and age, it is the only type of wall that should be built.”