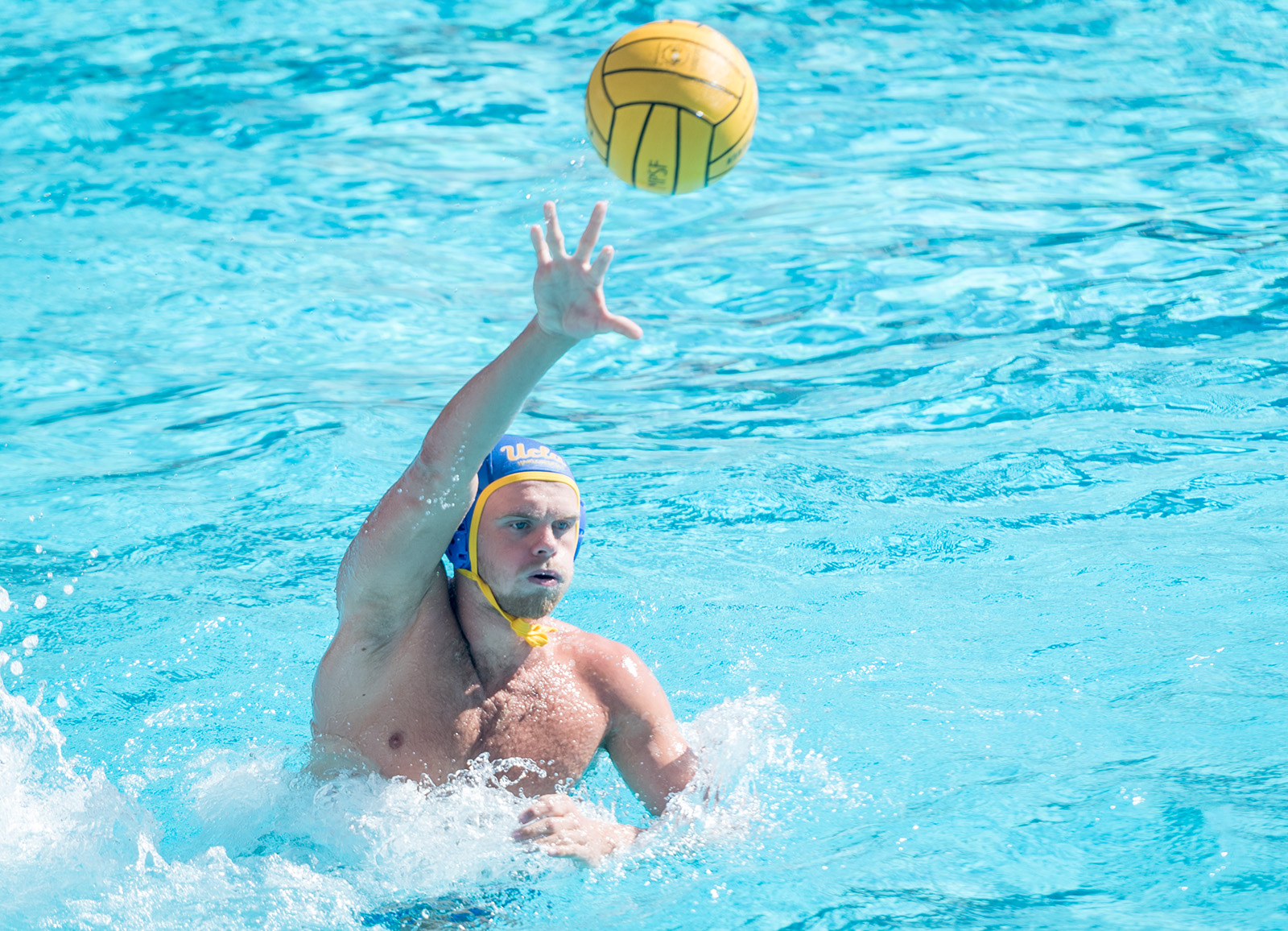 Sophomore attacker Luke Henriksson scored four goals in UCLA’s 12-11 win over California in the third-place game of the MPSF Invitational. The Bruins finished the tournament with a 3-1 record. (Liz Ketcham/Assistant Photo editor)

PALO ALTO—After a one-goal loss, the Bruins turned around and notched their narrowest victory of the season.

Sophomore attacker Nicolas Saveljic scored twice in the first quarter to put the Bruins ahead. Redshirt junior goalie Alex Wolf stopped a penalty shot from Golden Bear attacker Johnny Hooper to help the Bruins to a 2-1 lead after the first.

Freshman attacker Jake Cavano extended his scoring streak to 12 games with a second-quarter goal. Senior attacker David Stiling, sophomore attacker Luke Henriksson and redshirt freshman defender Bailey Jarvis also netted goals before the half to give the Bruins a 6-3 lead going into the break.

Even though the Bruins were ahead at halftime, coach Adam Wright said his team started the game sluggish.

“I think from an energy standpoint, we weren’t off to the best start,” Wright said. “Some of the guys in the first half weren’t great. We’re making the games more difficult than they need to be.”

The Bears took the lead through four unanswered goals to begin the third quarter. Henriksson netted two more goals in the quarter to get the Bruins to a 9-7 lead before the final quarter.

Henriksson said scoring a few goals and getting the win helped the team’s mentality following the close loss to Stanford on Saturday night.

“It was a tough game last night,” Henriksson said. “I wish we played a little better and stuck to what we know. It felt good to get a win today. Just doing what I know and putting it in the corner.”

Henriksson scored his fourth goal in the final frame, and the Bruin defense did just enough to hold off the Bears. On the final possession, the Bears had a 6-on-5 power play, but their shot was stopped at the goal line by Wolf to seal the victory for the Bruins.

Wright said the team’s defense improved in the last two days of the tournament, but admitted there are aspects that still need work.

“Yesterday against Stanford, we were able to stay in the game and have a chance because of our defense,” Wright said. “But it can be a whole lot better. We’re still letting some easy stuff go. We’re going to have to learn to play better positional defense.”

The Bruins and Bears will face off again on Oct. 27 in Berkeley. Senior attacker Austin Rone said UCLA will focus on improving its ball handling before it faces Cal again.

“We’re looking to play a little bit more under control,” Rone said. “Cal is a very fast team. We’ll probably improve on our ball movement and preventing us from committing turnovers.” 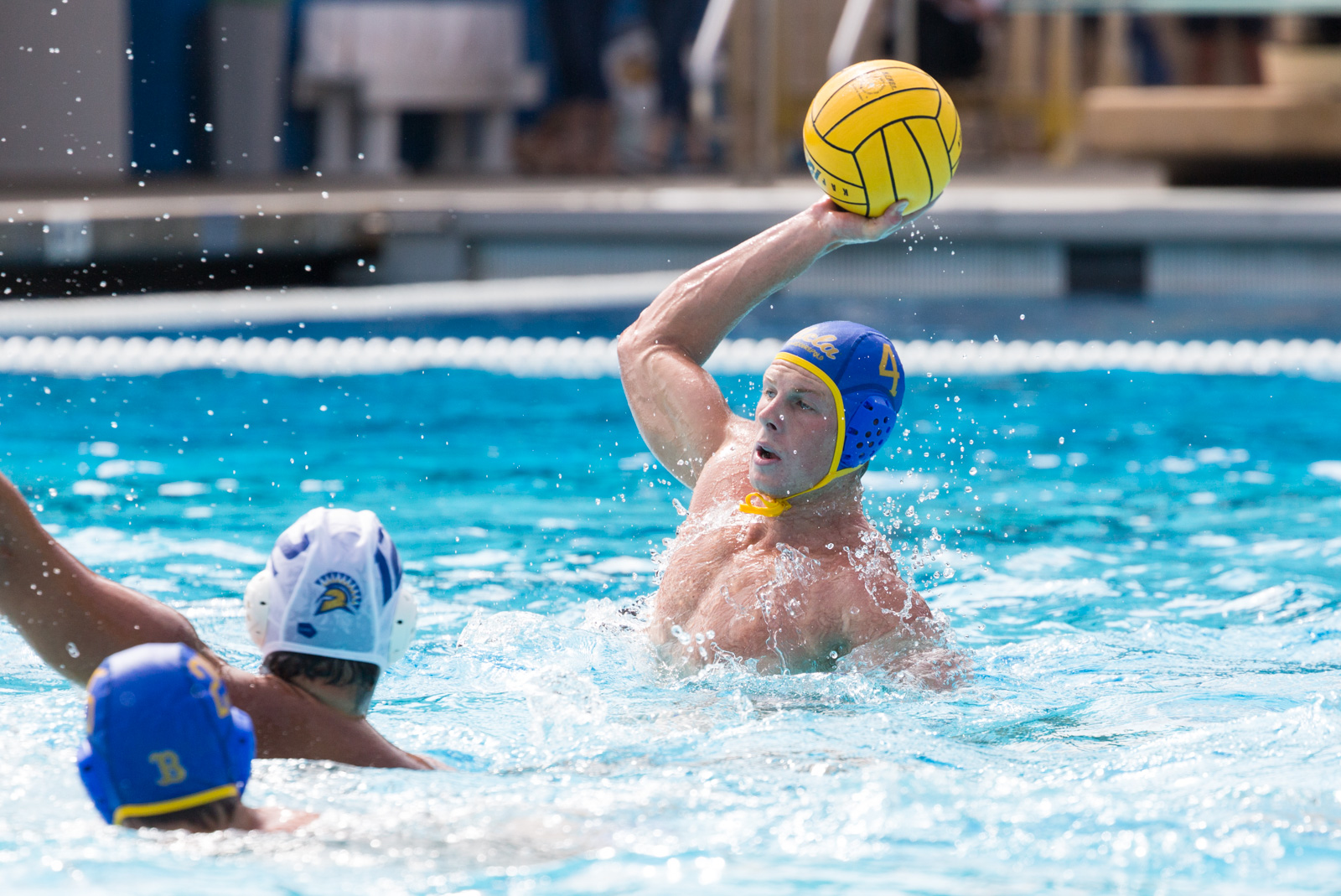