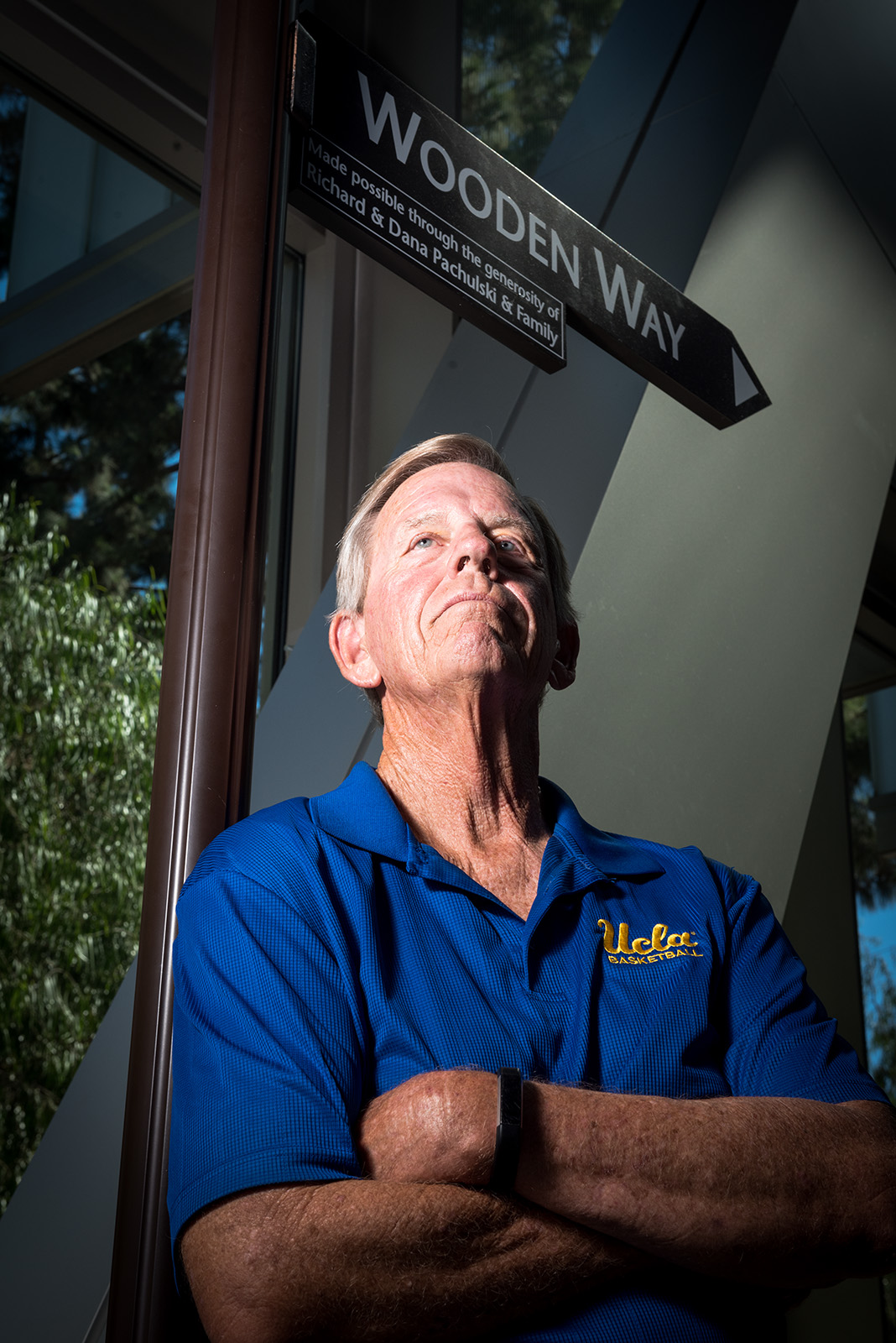 John Vallely and his wife held their daughter in their arms.

After fighting for two and a half years, Erin died of cancer at the age of 12.

Vallely – a former UCLA men’s basketball player – established Dribble for the Cure at UCLA in 2008 as a way to combine his love for the sport and determination to improve cancer research.

Cancer has played a huge role in Vallely’s life.

He began the fight of pediatric cancer with his daughter in 1988. Erin was diagnosed with rhabdomyosarcoma, a rare cancer of the soft muscle tissue.

“As a result of losing Erin that day, we’ve been giving our time and funds and effort to try to change the world for these children that fight cancer,” Vallely said.

The UCLA Hall of Famer fought a long battle of non-Hodgkins lymphoma himself in 2003, pulling inspiration from his daughter’s perseverance in his long journey to remission.

After undergoing multiple rounds of stem cell treatment, Vallely decided that serving as a longtime member on the board of directors for the Pediatric Cancer Research Foundation wasn’t enough.

“(Vallely) had this idea,” said Ashley Armstrong, an associate athletic director. “And so he brought it to me and (Director of Athletics Dan Guerrero) and talked about wanting to partner with the basketball programs.”

In 2008, Dribble for the Cure debuted as an annual event hosted by UCLA. PCRF, the Cancer Research Program at Mattel Children’s Hospital and UCLA Athletics put on the event for kids, students and families.

“(Guerrero) kind of left it up to me to decide how we wanted to do the event,” Armstrong said. She was the director of student-athlete development at the time.

Participants receive pledges to raise money for pediatric cancer by dribbling a 1-mile course from Drake Stadium to Pauley Pavilion.

Dribble for the Cure has brought in $1,464,350 from 7,425 participants over the past 10 years. Participants raised just over $80,000 in the event’s inaugural year, but has since increased in proceeds each year.

St. John’s University – the only other institution that currently hosts the event – held its eighth Dribble for the Cure on Sept. 22 and has raised over $500,000 since it first ran the event in 2011.

The money raised is split evenly between PCRF and the Cancer Research Program at Mattel Children’s Hospital.

UCLA’s men’s and women’s basketball players have also played an integral role in the event, dribbling the course with the participants and signing autographs at the end.

“Over the last 11 years, we’ve had different coaches (both men’s and women’s),” said Ric Coy, the current director of student-athlete development. “Each coach that we have brought in has totally been happily involved in this event because they see the purpose of it.”

Coy has been assisting Armstrong in Dribble for the Cure since 2008, but took over coordinating duties in 2016. This will be Coy’s third year leading the event.

Student-athlete participation has also grown. About 100 student-athletes from men’s volleyball, women’s water polo and gymnastics participated in 2017. “They may not be fundraising,” Armstrong said. “But they’re there to help out with registration, they’re painting faces, they’re handing out goodies, they’re hanging out with the kids and participating some way in the event.”

Other student groups including Bruins Fighting Pediatric Cancer as well as fraternities and sororities have participated in previous years. Armstrong said local middle schools and high schools have also been participating.

UCLA’s 11th annual Dribble for the Cure will be held on Sunday, coincidentally falling on what would have been coach John Wooden’s 108th birthday.

Vallely, who came to UCLA as a junior transfer out of Orange Coast College, played on Wooden’s 1969 and 1970 championship teams, and was picked by the Atlanta Hawks in the first round of the 1970 NBA Draft.

“Coach (Wooden) taught us that finding the true meaning of success in our lives would be more important than probably anything we would ever do on the basketball court,” Vallely said. “So I think he would be thrilled that anything was happening in relationship to him as it relates to giving others.”

Kids will be given backpacks with the words “Happy Birthday, Coach Wooden” on them to honor the former UCLA coach Sunday.

As 12 year olds dribble toward Pauley Pavilion this weekend, their efforts will make strides in the fight against pediatric cancer.

“We’ve managed to help improve the survival rate in children,” Vallely said. “So it’s kind of cool to know that we’ve had a hand in that.”