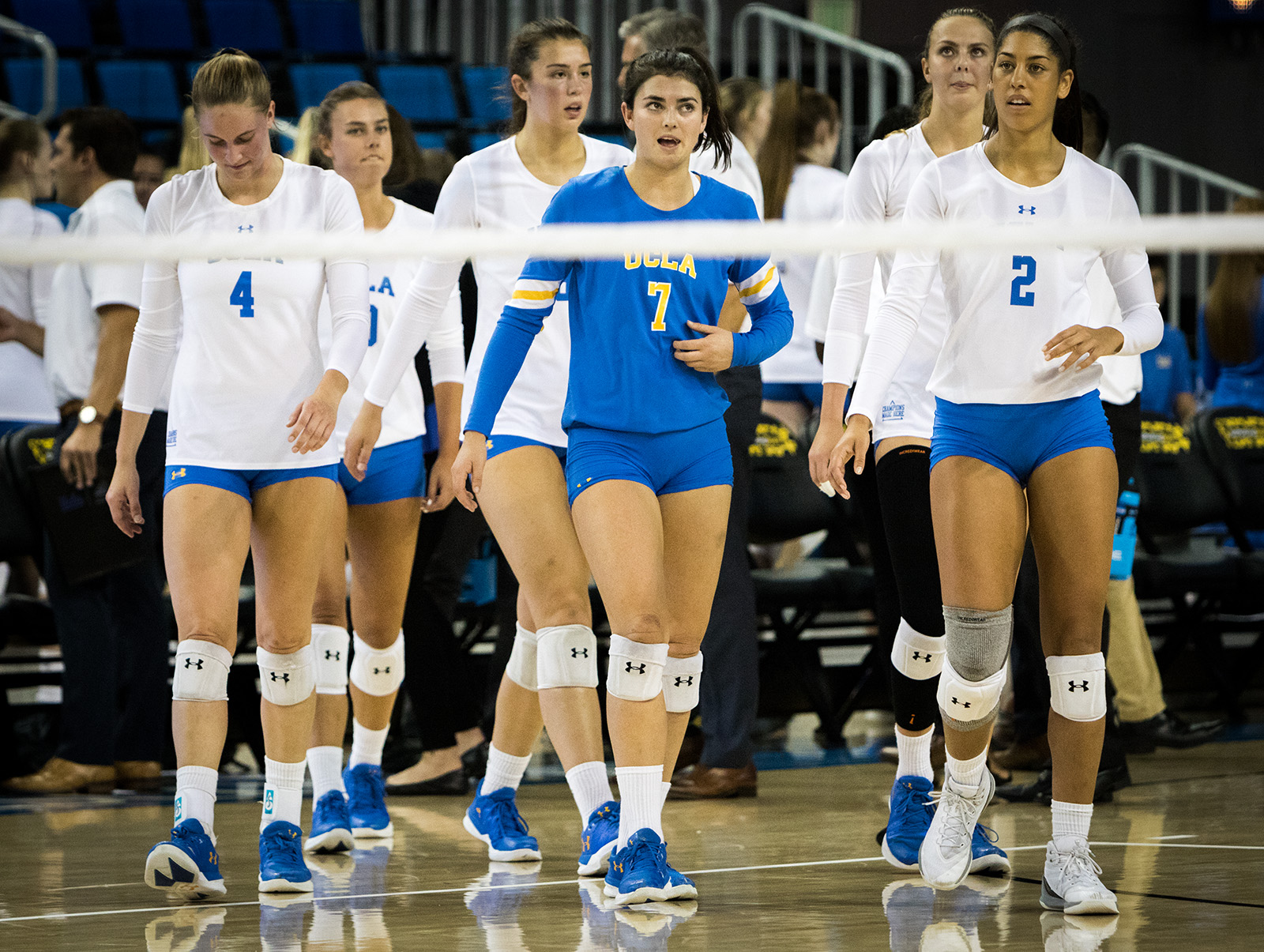 The Bruins couldn’t spark any momentum.

“There’s not going to be some magic wand that waves above us and fixes everything,” said coach Michael Sealy. “We’re going to have to hunker down, get tough (and) stay together.”

Sophomore outside hitter Mac May posted five kills in the opening set and a team-best 10 kills for the match, but only hit .138 overall.

Oregon jumped out to an 8-2 lead to start the second set and held it throughout, winning 25-18.

Freshman setter Devon Chang – who got the starting nod for UCLA and logged 14 assists – was replaced by junior setter Kylie Miller after the start of set two.

“The setters have been kind of interchangeable for the last little bit, but they’re both pretty good and so it’s not a lot of difference,” May said. “Sometimes a change needs to be done to get the rhythm to change.”

UCLA has now been swept three times in its last five matches. Sealy said it comes down to the team not using the skills they focus on in practice.

“We’re just not taking advantage of easy situations,” Sealy said. “Oregon did a good job of digging balls (and) getting back in system. There was a connection between hitters and setters that you could see. We just don’t have that connection right now, so we’re making the easy plays hard and the more difficult plays even harder.”

The Bruins will continue conference play when they face Oregon State on Saturday.

“You just have to bounce back,” Muno said. “You can’t dwell on anything because you do have a game the next day and we just have to learn from the past.”